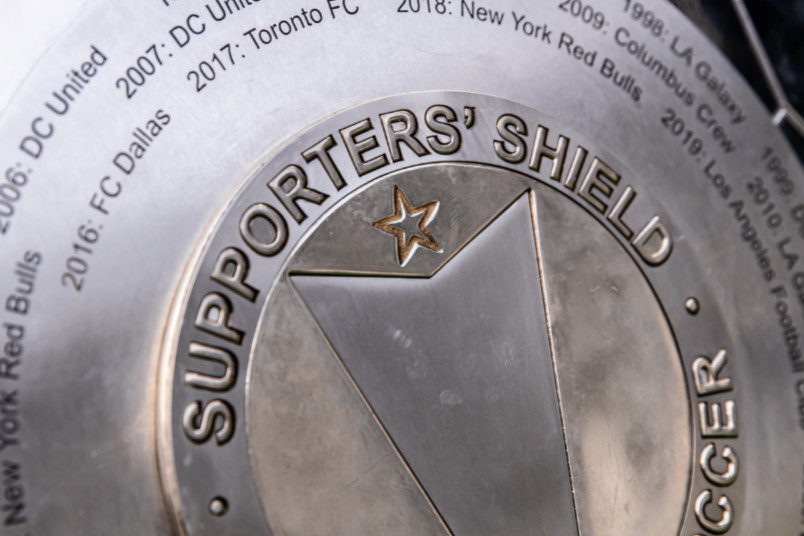 By Clemente Lisi – NEW YORK, NY (Oct 10, 2022) US Soccer Players – Decision Day, as usual, left everyone riveted. As teams jockeyed for home-field advantage in the MLS Cup playoffs or were fighting to just grab a postseason spot, the MLS regular season finale did not disappoint. Now it’s the three-week long cavalcade towards the final and the crowning of a champion.

Once again, the postseason is loaded with story lines. While parity and the playoff format make it nearly impossible to predict which team will win it all, the beauty of MLS may be that it’s a league any team can win.

The Supporters’ Shield once again showed why it matters, with the race between Los Angeles FC and Philadelphia Union a fun one. But the team with the best regular season record isn’t the one crowned champion. MLS, like other North American sports, is about winning in the playoffs.

“These type of emotional endings in games seem to be a habit in this league, not quite sure why,” LAFC coach Steve Cherundolo told reporters last week after clinching the Supporters’ Shield. “And it’s certainly not good for my health, and the others involved who have a personal relationship with the club. But we’re ecstatic. We had a goal this year and we’ve achieved the first one.”

The race for the Philip F Anschutz Trophy will open this coming Saturday. The bracket-style format, which feature single-elimination matches, will culminate on November 5 with the MLS Cup final. The game will take place just 16 days before the start of the 2022 World Cup in Qatar. With the playoffs ready to start this weekend, here are three things to watch for:

LAFC looks to buck the trend

We all probably know the story about the team that captures the Supporters’ Shield only to be dumped out of the playoffs early. It may seem like a worn-out tale, but it is also statistically true. Only seven times in the league’s 26-year history has the team with the best overall record in MLS also won the cup. It’s a cautionary tale for LAFC as they prepare for the postseason.

Los Angeles FC stumbled in their final regular season game, a 1-0 defeat to Nashville SC on Decision Day, that has been part of a trend whenever they are able to create chances, but capitalize on just a few. It’s something Cherundolo, their first-year coach, will need to address with time between now and their playoff opener on October 20. LAFC may have a star-studded roster led by some of the biggest names in the league, but history shows it’s not usually a straight line between the shield and the cup.

From the team that wants to be champion to the one who did it last year. New York City FC managed a 2-1 win against Atlanta United FC to finish third in the Eastern Conference. It was a strong ending to a season, with a four-game unbeaten run.

Now, NYCFC needs to turn Red Bull Arena into a home-field advantage in their opener against Inter Miami. That change of venue goes with the territory when playing in a stadium where a baseball team is the primary tenant and both are in the playoffs.

Look out for a first-time MLS Cup champion

This is not the section of this playoff preview where I go on and on about how the Red Bulls can win it all. It would be the team’s first-ever title should they do it, but there are several other teams seeking the same goal.

Of the 14 teams in the MLS Cup Playoffs, six teams in the Eastern Conference and five from the Western Conference are seeking that first MLS Cup. The second seeds in both conferences, CF Montreal, playing Orlando City in the first round, and Austin FC, playing Real Salt Lake, both had very consistent seasons and could very well win it all given how strong both looked from the start.

The biggest talking point of the postseason, of course, is just how unpredictable it is to determine a winner. But story lines are more about the journey than the outcome. The regular season has taught us a lot in terms of trends, and those often carry over into the MLS Cup playoffs. If the past is any gauge, however, we could end up with a surprise winner and a first-time champion.