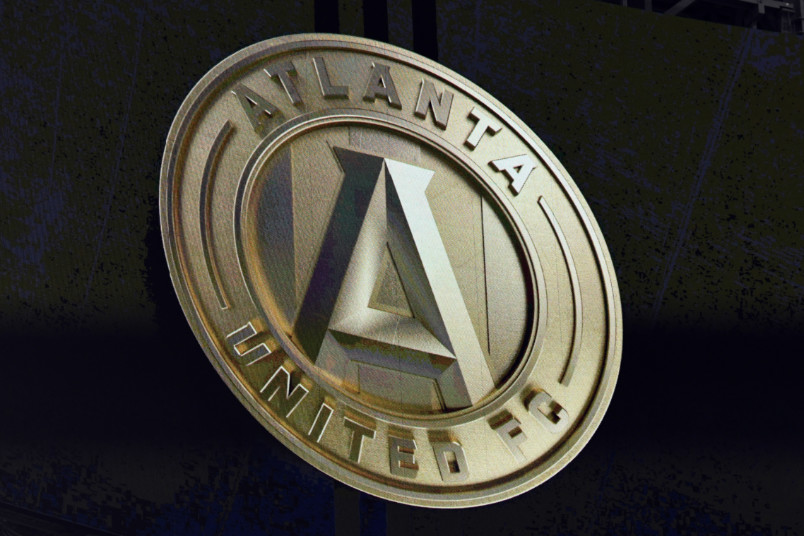 By Charles Boehm – WASHINGTON, DC (Oct 13, 2022) US Soccer Players – “On the pitch as in life, you either win or you learn. And this season was full of lessons.” With those 19 opening words in the club’s season-ending message of thanks to its fans, Brad Guzan efficiently summed up Atlanta United’s 2022.

Year six brought a different kind of frustration to one of the bigger, bolder projects in MLS history. One season of underachievement like 2020 is common, perhaps even unavoidable, in MLS’s parity-ruled landscape. However, missing the playoffs twice in three campaigns may prompt deeper reflection this winter.

“We’re always looking to compete for trophies, for sure make the playoffs. So in the end, it became a disappointing season for us,” said Vice President and Technical Director Carlos Bocanegra in a media availability this week.

A club which proudly and persistently set expectations sky-high from the start now faces reverberations from falling short. That was evident as Bocanegra and head coach Gonzalo Pineda fielded a litany of probing questions from reporters this week. First on the docket was a recognition of the devastating impact of the profound injury crisis that engulfed the Five Stripes.

That forced Atlanta into the summer trade and transfer market just to patch gaps, let alone stay on course for title contention. In that context, staying in postseason contention until October could be seen as a moral victory.

“We had the 10th best expected-goal differential in the league,” Bocanegra said. “We just weren’t able to execute in both boxes. So I think it’s the little details, that’s what matters in this league, and we weren’t quite able to get over the hump. That’s where we felt quite good about the team that we were able to compile and the holes we were able to plug without crippling our team for the near future by trading some of the assets that maybe we didn’t want to trade, to try to have a short, quick fix or managing our cap that we would have to kind of sell everyone off this offseason.”

Those moves, combined with overall roster spending on the likes of Thiago Almada and Luiz Araujo, ranks tops in the league according to the MLS Players Association salary chart, established a floor. Atlanta rarely got blown out. On Tuesday Pineda expressed contentment with the squad at his disposal.

“The ability that Carlos had with his group to really impact our roster after losing so many players… in a salary-cap league it’s hard to replace some of those big players that we lost. And we did effectively, I would say, to a very good standard,” said the former Seattle Sounders assistant. “We have very good players. I’m very happy with the players I have.”

Raising the ceiling proved trickier amid such constant change and adaptation. United won back-to-back league games just once all season, a fleeting two-match winning streak in September that proved too little, too late. The hope is that Guzan, Robinson, and Alonso in particular hit the ground running during the 2023 preseason to lift the group.

Pineda spoke movingly of how deep the absences of such inspiring characters cut, not just on the field but psychologically, for the collective.

“At times I feel like people don’t really understand how much we suffer with the injuries,” he said. “Number one is the personal aspect of it. Because me seeing Brad Guzan going down for the rest of the year in a World Cup year, for a guy that maybe had chances to make the World Cup, seeing Miles Robinson, a young, super talented center back, arguably the best center back the US has in this moment, and losing a World Cup because of a long-term injury is very sad. Looking at Ozzie Alonso, a veteran presence, a winner, going down, I think that was very hard for me as well. But the same with Dylan Castaneda, and the same with Justin Garces, and Emerson Hyndman not recovering properly and then having a re-injury. All the things that have happened to this team affect us in a personal level.”

Three years on from their championship, United remains a force at the box office. The Five Stripes retain far and away the top attendance statistics in MLS, with average home crowds of more than 47,000 at Mercedes-Benz Stadium, an increase on their 2021 numbers, and more than 11,000 spectators ahead of second-place newcomers Charlotte FC.

“No, I have no fear of that,” said Pineda when asked about worries that recent results might erode the club’s appeal to fans. “I can tell you that I’m very confident in the work we do. I don’t think we have done a poor job in terms of the process we have created here and the identity of the team. And I think even though today we feel very disappointed for the outcome of the season, I think what we are trying to bring here and what we are going to prove next year is a very good team, a very solid team, a team of consistency, with a healthy squad.”

For fans and staff both, the biggest offseason questions clearly revolve around star striker Josef Martinez. The league’s most menacing scorer at his peak, he remains the face of the franchise and a treasured link to the 2018 team that hoisted the MLS Cup. Yet nagging knee problems have hampered him recurringly since a torn ACL at the start of the 2020 campaign, and he cut a very frustrated figure this year. After starting nine of Atlanta’s first 11 matches, Martinez became a substitute down the stretch, appearing off the bench in the last eight.

Bocanegra said option years on Martinez’s contract can keep him in Atlanta colors through 2024. That said, Designated Players are rarely used as supersubs for entire seasons in MLS. Can Martinez return to his scintillating best? Is his relationship with Pineda and the rest of the club’s leadership still tenable? Is everyone prepared to continue building the attack around him?

“Once you change the role of a big player like Josef, that is going to impact a little bit his mood, and I completely knew that. And I can understand that,” said Pineda. “I can’t expect less from a very competitive player like Josef, not being upset at not being a starter. So that’s OK to me, I have to manage that. But the point is, he’s been very effective. And I think that’s the most important part for me is, I have to look for the whole, for the whole team, and that was my decision. And well, I don’t think the relationship has gone as far as (the media) think it’s gone. I think I can very easily speak with Josef.”

Those conversations will do much to determine whether we readily recognize the 2023 version of Atlanta or if something significantly different materializes in January.