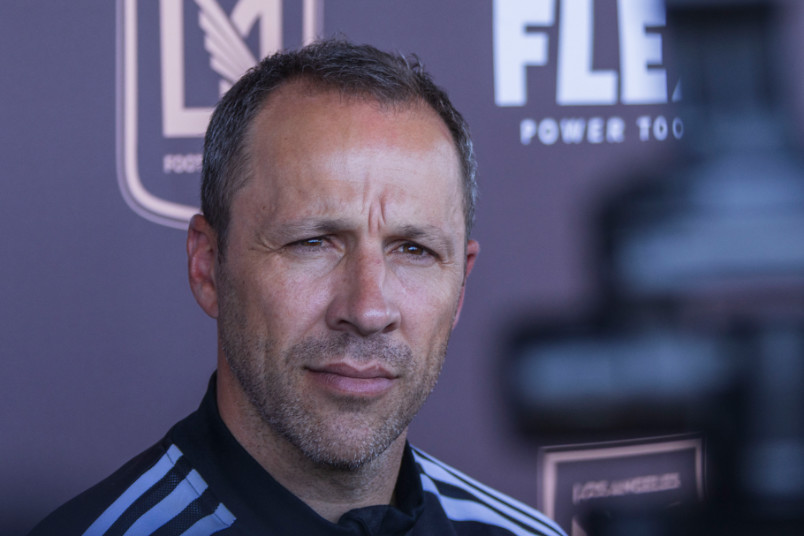 By Jason Davis – WASHINGTON, DC (Oct 28, 2022) US Soccer Players – When LAFC hosts Austin FC on Sunday in Los Angeles with Major League Soccer’s Western Conference title and a berth in the MLS Cup final on the line, there will be plenty of captivating story lines. To start, Austin FC is attempting to do something only one modern MLS club has achieved, winning a championship in just its second year of existence.

Unlike 2018 MLS Cup champions Atlanta United, however, Austin didn’t arrive at the start of 2022 on a wave of confidence created by a first-year playoff appearance. Instead, Austin is a surprise package this MLS playoff season, a true underdog who entered the campaign with low expectations that turned the league on its head with a 2nd-place finish. The success of the new club is putting to shame the efforts of established teams across MLS.

Meanwhile, LAFC is eyeing some redemption. LAFC made the playoffs in its first season back in 2018, then romped to a Supporters’ Shield with a record-setting 2019 season. But that campaign came to a disastrous end when eventual MLS Cup champions Seattle beat LAFC in Los Angeles and the club hasn’t been at that level since. 2020 was upended by COVID-19 and LAFC missed the playoffs in 2021.

Then there’s this. For the first time since 2017, a conference final will pit two former USMNT players against one another as coaches. Steve Cherundolo and Josh Wolff played together for the Americans at the 2006 World Cup in Germany.

Cherundolo and Wolff have 139 caps between them. No other match-up of former USMNT players is close to that total, though Dom Kinnear and Ben Olsen, opposite coaches in the 2012 Eastern Conference final, can count 91 caps together.

LAFC’s coach and the boss in Austin have something else in common. After long stints at the beginning of their coaching careers as assistants, they are now getting the chance to prove their abilities as chief decision-makers. Both are in just their second seasons coaching senior teams. Cherundolo’s first year as a head coach came in the USL Championship with the Las Vegas Lights before he took over for Bob Bradley in Los Angeles, a situation that allowed him to work under Bradley during training in LA.

Wolff was highly regarded as an assistant in American soccer circles but had no experience as a head coach when Austin hired him. Any first-year head coach might struggle, even in an established club with history and know-how. Austin had none of that.

Working with general manager Claudio Reyna to build a squad, Wolff had to learn how to be a head coach while leading a newly assembled roster. The club never wavered from its plan. 2021’s somewhat disappointing 12th-place finish served as motivation to get better in year two, with the front office making necessary adjustments to the squad.

Only FC Cincinnati, another team with a new head coach who represented the USMNT during his playing days, improved its point total from 2021 to 2022 more than Austin FC. Perhaps most impressively, Wolff didn’t abandon his playing principles to move up the standings. With the changes made during the offseason, Wolff was able to play to improve results while staying committed to the aggressive, attacking style he sold his bosses in Texas.

In Los Angeles, if there was any risk in hiring Cherundolo, it lay with Cherundolo’s lack of familiarity with MLS. What the former Hannover and USMNT man may not have known about MLS, he made up for with his understanding of the game and impressive coaching education.

In many ways, Cherundolo represented a hybrid between the American coach who innately understands the American soccer culture and the foreign manager who arrives steeped in the European experience. That combination of traits allowed him to jump from assistant in Germany to head coach of an MLS developmental side, to head coach of the best team in Major League Soccer in the span of three years.

Only one of the former USMNT teammates can steer their side to an MLS Cup final on Sunday. Only one will get a chance to be a champion early in their head coaching careers and set the tone for decades of future success.

Win or lose, however, Cherundolo and Wolff represent the next wave of American coaches in Major League Soccer. With the experience of their playing careers and years spent apprenticing in high-level environments, these World Cup veterans are proving that the future of American coaching, in MLS and perhaps beyond, is extremely bright.