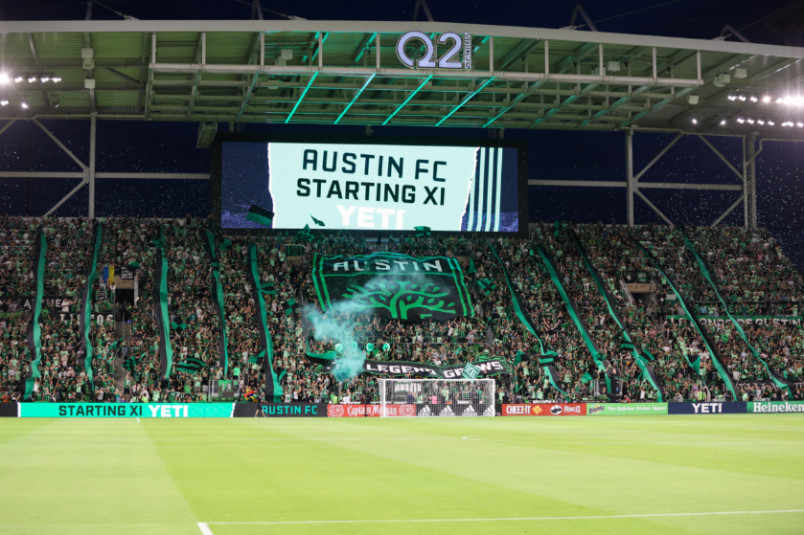 By Clemente Lisi – NEW YORK, NY (Oct 24, 2022) US Soccer Players – The MLS Cup playoffs are in full swing, and, as usual, there have been some upsets. Playoff drama aside, single-elimination games often force coaches and players to give it that extra effort. There’s the potential for 120 minutes and penalties to resolve outcomes, stretching lineups more than they would be during the regular season.

“This is the best part of the year, when you’re a team, a coach, a player that gets to compete in the playoffs,” FC Cincinnati coach Pat Noonan told reporters at the start of the MLS Cup Playoffs. “Anything can happen. It’s a motivated group. They aren’t content just being here. The goal was to be here, but now that we are, let’s do something special.”

In this blender of playoff tension where, As Noonan said, anything can happen, tactics matter even more than usual. A majority of MLS teams have favored the 4-2-3-1 formation, but the playoffs have been an incubator for differing tactics over the last few weeks. Several trends were already emerging this season, some more successful than others, including playing with three defenders and using the 4-3-3.

FC Cincinnati’s high-flying attack upset the New York Red Bulls 2-1 in the first round, only to succumb to the Philadelphia Union, the team with the best regular season record in the Eastern Conference, in the Conference Semifinals 1-0 last Thursday.

Noonan employed a 3-4-1-2 formation with a high press that effectively put opposing defenses on their heels. They ran out of time, however, against the Union, only knocked out after Philadelphia goalkeeper and 2022 MLS Goalkeeper of the Year winner Andre Blake put in an excellent performance. There’s nothing like a hot goalie to help a team go on a deep run.

Other teams have also opted for a three-man back line. Montreal CF, under coach Wilfried Nancy, plays a 3-5-2 lineup. A 3-1 defeat at home Sunday against the lower-seeded New York City FC in the Conference Semifinals put an end to what had been a remarkable season. Like Cincinnati, Montreal ran up against a wall after NYCFC goalkeeper Sean Johnson had an outstanding game.

The Union and NYCFC, the defending MLS Cup champions, meet this Sunday in the Eastern Conference Final. Both play with four in the back, although the Union favor a 4-3-1-2 that looks more like a 4-3-3 with attacking midfielder Daniel Gazdag playing the role of playmaker.

Over in the Western Conference, the 4-3-3 has been a major story line of these playoffs. Los Angeles FC, FC Dallas, and the LA Galaxy all employed the tactic. The 4-3-3 works best when players are able to transition from more numbers in the attack to tracking back when the opposition has the ball.

The Galaxy did all they could in the Conference Semifinals against LAFC last Thursday in El Trafico, but a Cristian Arango stoppage time goal to make it 3-2 did them in. The Galaxy did have players who tracked back, but it wasn’t enough against a LAFC team that plays with tenacity and had the talent to overcome it.

Galaxy coach Greg Vanney had said on the eve of the match that they had to “manage transitions” and “be tight in the back.” Both turned out to be prescient statements because LAFC beat them by effectively overcoming them in both those areas.

LAFC also uses the 4-3-3 effectively, forcing opponents to have to defend deeper in their own half. LAFC does it when they have the ball, using a passing game and combination plays to make other teams chase them.

It’s the three midfielders, led by Kellyn Acosta on the right side, who can move the ball using a high-tempo style, that has helped LAFC win games this season. Coach Steve Cherundolo’s biggest challenge has been managing the lineup, rotating players, and figuring out who to sub in and when. While LAFC did win the Supporters’ Shield this season to get home field advantage, Cherundolo said making key plays is what mattered most.

“I don’t think home field advantage is a factor,” Cherundolo told reporters after the Galaxy win. “Really it’s the team that comes up with the key plays in their boxes and their opponent’s boxes that move on in this competition.”

FC Dallas is a team that likes to maintain possession and has midfield to maneuver the ball in order to create chances for strikers. That didn’t quite matter Sunday against an Austin FC side that has impressed for most of the season. Austin FC, in only their second season, had the better of FC Dallas 2-1, setting up Sunday’s Western Conference Final match-up against LAFC.

Austin FC plays a 4-2-3-1 with playmaker Sebastian Driussi as the creative engine. Coach Josh Wolff likes to build up play from the back by using an intense high press that looks more like a 4-4-2 when they have the ball.

Playoffs typically feature great goalkeeping and clutch goals. But if the tactical trends we’ve seen so far continue, then expect more games featuring intense high-pressing tactics and teams with creative playmakers attempting to spearhead their sides to an MLS Cup.