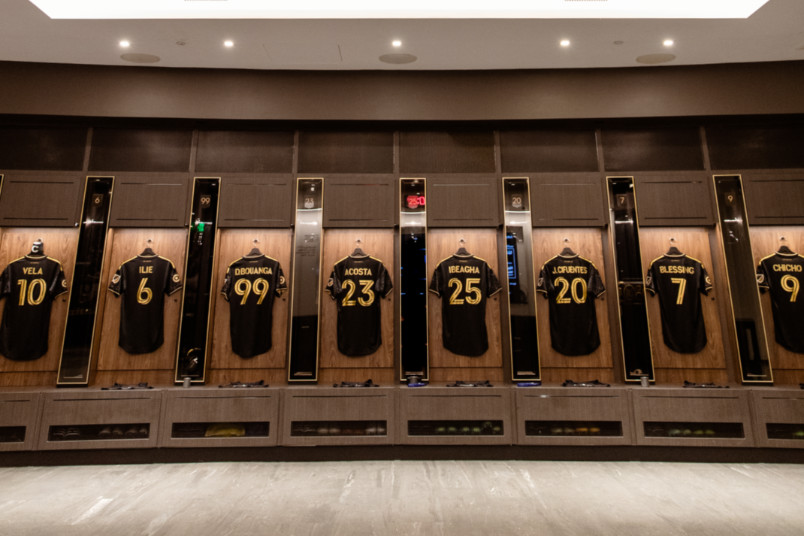 Monday’s soccer news starts with the MLS conference finals, with LAFC shutting out Austin 3-0 at home to advance from the West. Cristian Arango opened the scoring in the 29th with an own-goal doubling the lead in the 62nd. LAFC’s Kwadwo Opoku made it 3-0 in the 81st with goalkeeper Maxime Crepeau making one save to keep the clean sheet.

“We were aggressive, intense, and we were capable of making opportunities and capitalizing on some,” LAFC midfielder Kellyn Acosta said. It was a testament that we were ready for this game. In Austin, the pass game we faced asked a lot of questions of us and we were able to get tight on them and create a lot of pressure and they were able to pick us apart and today we fine tuned that. We studied them well, trained well, and we were ready for them today.”

“I guess the best way I can put it, what a team,” Philadelphia coach Jim Curtin said. “You know, an incredible group of guys that have a belief and a fight that they won’t be denied. So an amazing night here, our biggest win in our club’s history.”

Moving to a preview of the final matchdays in the Champions League group stage, Tuesday’s schedule has Owen Otasowie’s Club Brugge at Bayer Leverkusen in group B with Club Brugge trying to stay in the top spot with a one-point lead over Porto. Both Club Brugge and Porto have already advanced to the knockout round.

Joe Scally and Malik Tillman’s 4th-place Rangers host 3rd-place Ajax in group A but need a lopsided win to pass them on the final matchday for the Europa League spot. Timmy Chandler’s Eintracht is at Sporting in group D with nothing settled in the table. Eintracht is in 3rd-place, tied on 7 points with 2nd-place Sporting. 1st-place Spurs are a point ahead, and 4th-place Marseille are a point behind.

Champions League on UniMas: Liverpool vs Napoli at 4pm ET.