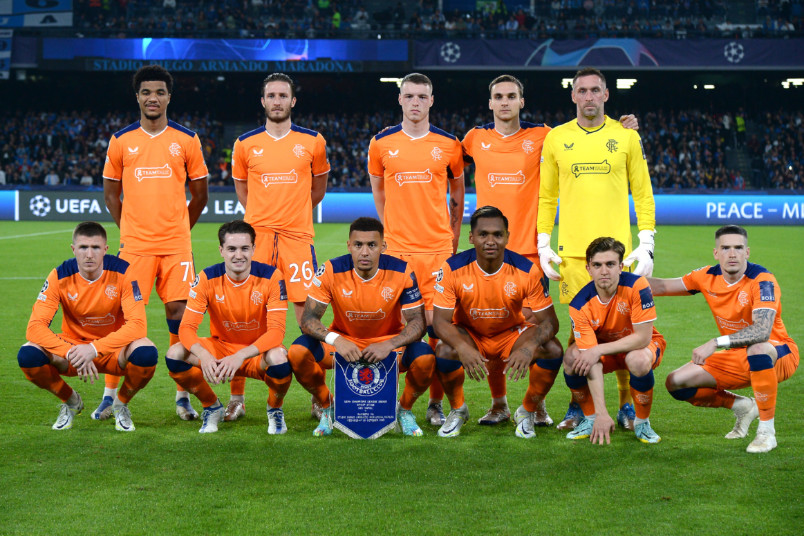 The soccer news starts with James Sands and Malik Tillman’s Rangers losing 3-0 at Napoli in group A of the Champions League. Napoli scored in the 11, 16th, and 80th minutes, leading the group with 15 points. Tillman subbed out in the 67th minute. Rangers are in 4th-place with no points, three points behind 3rd-place Ajax, who lost 3-0 at Ajax. Rangers host Ajax on the final day of the group stage on November 1. The first tiebreaker in the Champions League is head-to-head points and then head-to-head goal difference followed by head-to-head goals scored. Ajax beat Rangers 4-0 in the opening game of the group, meaning Rangers need to win by five goals.

“I think we dug ourselves a bit of a hole early on, Sands told RangersTV. “You cannot concede two goals to a team like that, that early. But we did create some chances in the second-half, and we’ll be definitely looking to build on that.”

Timmy Chandler was on the bench for Eintracht for their 2-1 home win over Marseille in group D. Eintracht’s Daichi Kamada scored in the 3rd minute with Marseille equalizing in the 22nd. Randal Kolo Muani put Eintracht up for good in the 27th. Eintracht is in 3rd-place, tied on points with 2nd-place Sporting and trailing leaders Spurs by a point. 4th-place Marseille is also still on contention a point behind Sporting and Eintracht, with Eintracht at Sporting on the final matchday while Marseille hosts Spurs.

“It was a hard piece of work, as we expected,” Eintracht coach Oliver Glasner said. “We always knew how difficult that group is. I am so proud of this team, the mentality they have shown.”

Owen Otasowie’s Club Brugge lost 4-0 at Porto to goals in the 33rd, 57th, 60th, and 70th minutes. Club Brugge had a penalty saved in the 51st minute after the initial penalty save was overturned by instant replay. The result cut Club Brugge’s lead in group B to one goal over 2nd-place Porto, with both clubs already qualifying for the knockout round. Club Brugge is at 4th-place Bayer Leverkusen on Tuesday, while Porto hosts 3rd-place Atletico Madrid with 3rd and 4th-place separated by a point.

Moving to the Europa League, Richy Ledezma’s PSV hosts Matt Turner’s Arsenal in group A with Arsenal in 1st-place by five points and PSV 2nd. “This competition is getting harder and harder and how it looks today and what the possibilities are, it looks like the next round will be extremely competitive,” Arsenal manager Mikel Arteta said. That’s why finishing first in the group and avoiding another two games is such an important thing for us.”