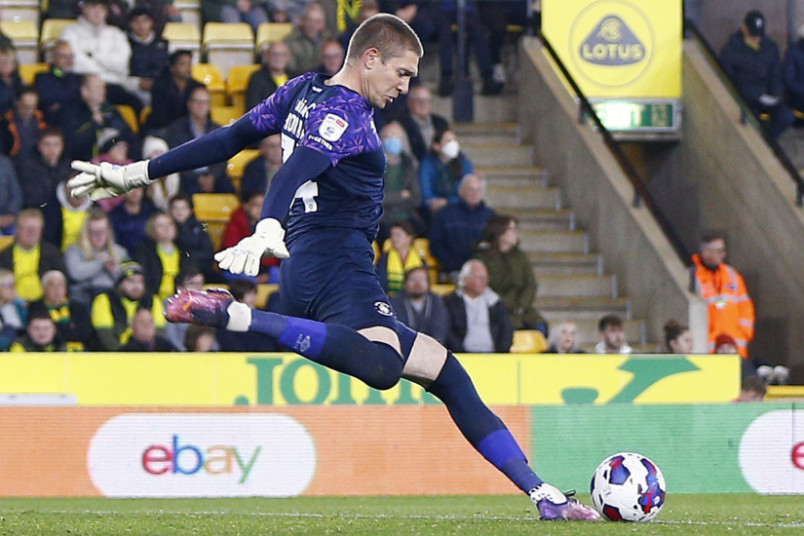 Wednesday’s soccer news starts in La Liga with Yunus Musah subbing out in the 75th minute of Valencia’s 1-1 draw at Sevilla. Edinson Cavani put Valencia up in the 6th minute with Sevilla equalizing in the 86th. Sevilla saw red 11 minutes into stoppage time with Valencia missing the ensuing penalty.

“This is a process,” Valencia coach Gennaro Gattuso said. “There is a lot of talk about us having a young team. Coming here is difficult. We need to improve. We have to improve the tactical reading we made in the second half. When Sevilla changed tactics, we didn’t read things well, and we have to improve, but I am very happy with the first half because of how played and how we held up as well. We have to keep going.”

Joe Scally subbed out in the 84th minute of Gladbach’s 2-1 loss at Darmstadt in the second round of the DFB Pokal. Down a goal from the 23rd, Gladbach’s Luca Netz equalized in the 48th. Darmstadt scored again in the 79th.

“We’re incredibly disappointed. We really wanted to progress to the next round of the cup, and we haven’t managed it,” Gladbach coach Daniel Farke said. “Darmstadt were very aggressive in the first 20 minutes. We weren’t at the races and lost too many duels. As a result, Darmstadt controlled proceedings and deservedly went in front. I was very pleased with how the team reacted; they focused on the game plan and created a number of chances.”

Also from the DFB Pokal, Timmy Chandler wasn’t in the squad for Eintracht’s 2-0 win at Stuttgart Kickers. Randal Kolo Muani scored in the 11th and Hrovje Smolic doubled the lead in the 18th minute.

“The first-half was good and controlled,” Eintracht coach Oliver Glasner said. “We missed the opportunity to score a third or fourth goal, which obviously we would’ve liked. In the second half we went down a gear, even though we didn’t intend to. That said, the win was never in danger – I didn’t see any chances for the opponents. It was important to keep tight and defend the set pieces well, which we did.”

Mark McKenzie’s KRC Genk beat KVC Westerlo 6-1 at home. Joseph Paintsil put KRC Genk up in the 7th minute and Daniel Munoz doubled the lead in the 15th. Westerlo converted a 21st minute penatly, but Genk’s Paul Onuachu extended the lead with a 32nd minute goal and a 40th minute penalty. Munoz made it 5-1 four minutes into first-half stoppage time. Westerlo saw red in the 58th with Genk’s Patrik Hrosovsky scoring in the 79th minute.

Josh Sargent subbed out at halftime of Norwich City’s 1-0 loss at Ethan Horvath’s Luton Town in the Championship. Carlton Morris scored for Luton in the 62nd with Norwich City playing a man down from a 66th minute red card to Kenny McLean.

“Josh got a whack on the back of the leg, so he couldn’t really extend himself,” Norwich City coach Dean Smith said. “I don’t think it’ll be too bad, I expect him to be back on Saturday. We couldn’t take the risk on him tonight.”

Chris Richards wasn’t in the squad for Crystal Palace in their 2-1 home win over Wolverhampton in the Premier League. Falling behind in the 31st minute, Erechi Eze equalized for Palace in the 47th and Wilfried Zaha scored in the 70th.

Europa League on TUDN: Arsenal vs PSV at 1pm. Premier League on USA: Fulham vs Aston Villa at 2:30pm. La Liga on ESPN Deportes: Almeria vs Girona at 1pm and Barcelona vs Villarreal at 3pm. MLS playoffs on FS1: Philadelphia vs Cincinnati at 8pm and LAFC vs LA Galaxy at 10pm. Liga MX on TUDN: Pachuca vs Monterrey at 10pm.