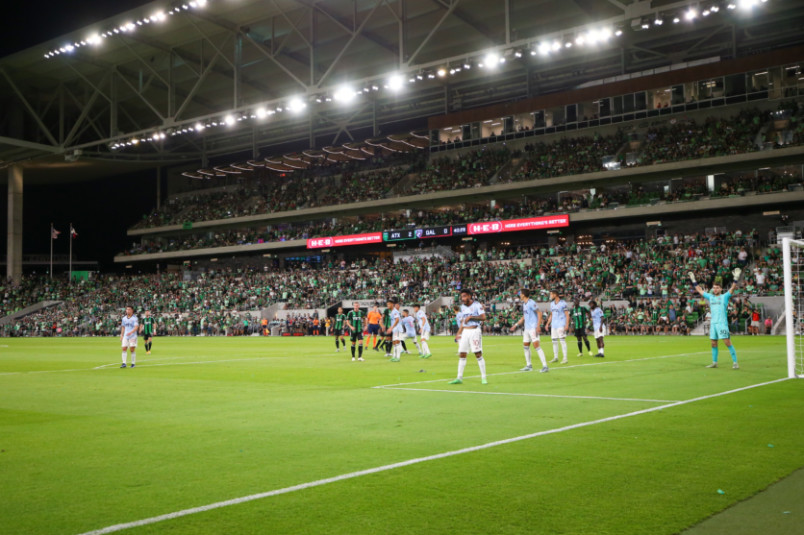 Monday’s soccer news starts with the MLS playoffs, specifically NYCFC knocking out CF Montreal 3-1 at Stade Saputo in the Eastern Conference semifinals. Maxi Moralez put NYCFC up in the 6th with Heber scoring three minutes into first-half stoppage time. Talles Magno converted a penalty in the 61st minute to make it 3-0 New York with Montreal’s Djordje Mihailovic pulling a goal back in the 85th minute. NYCFC will play at Philadelphia in the Eastern Conference finals on Sunday.

“We wanted to be clinical in the box,” NYCFC interim coach Nick Cushing said. “And we showed that with the goals, and then with the penalty, that we can go forward, and that we have quality when we have to suffer. We’ve learned that as long as we play in the moment and we stay logical, and don’t get emotional or desperate, we can get over the line and win in any way.”

Austin beat FC Dallas 2-1 at home to advance in the West. Austin’s Moussa Djitte scored in the 26th and Sebastian Driussi made it 2-0 Austin in the 29th. Dallas got a goal from Alan Velasco in the 65th minute. Austin plays at LAFC on Sunday.

“It was different than last week,” Austin FC coach Josh Wolff said. “There was a real energy and a real buzz inside the room, the coaches came in and talked about it. I think that was a big part of the experience last week, those nerves were part of it and this time the guys nailed it. They went out with full energy.”

Moving to tomorrow’s Champions League games, Tuesday’s schedule for USMNT players starts with Christian Pulisic’s Chelsea at Red Bull Salzburg in group E. Chelsea leads the group by a point over Salzburg, with none of the group E positions set. Sergino Dest’s AC Milan is at Dinamo Zagreb with those two teams tied on four points and Milan in 3rd-place on the head-to-head points tiebreaker.

Gio Reyna’s Borussia Dortmund hosts Manchester City in group G, in 2nd-place to City by three points and in position to finish no lower than 3rd. Both teams took a point in the last round, with Dortmund drawing 1-1 at home with Sevilla. John Brooks’s Benfica hosts Weston McKennie’s Juventus in group H with Benfica in 2nd-place tied on points with leaders PSG. Juventus is in 3rd-place, tied on points with Maccabi Haifa but ahead on goal difference in another group where nothing is settled.

“We have a small advantage in the group, but everyone can still qualify,” Benfica coach Robert Schmidt said. “Juventus are Juve. Top players, an experienced coach, want to pass and I expect the best from them. We play football for this, we don’t think about mathematics. The situation in the group is clear. They need two wins, we need one point.”

Champions League on UniMas: Red Bull Salzburg vs Chelsea at 12:45pm and PSG vs Maccabi Haifa at 3pm ET.