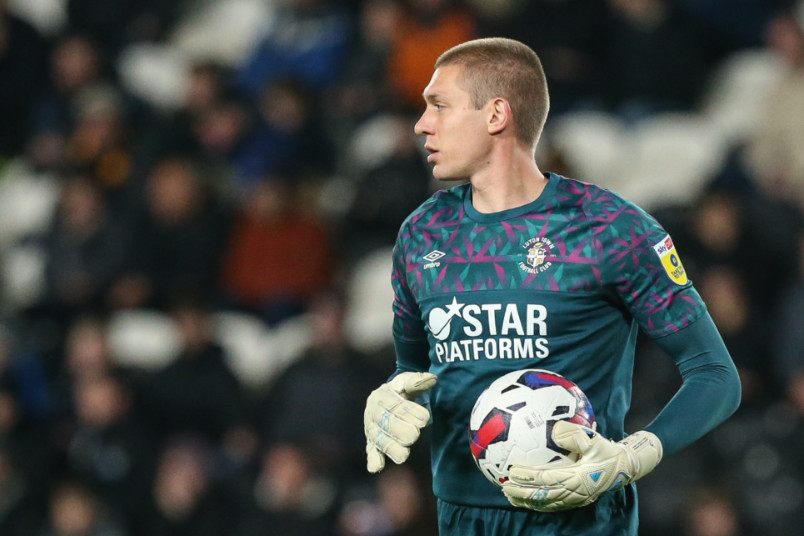 The roundup of USMNT players in Europe, Brazil, and Mexico starts in the Premier League where Christian Pulisic subbed on in the 84th minute of Chelsea’s 2-1 win at Crystal Palace. Crystal Palace went up from an Osonne Edouard goal in the 7th. Chelsea’s Pierre-Emerick Aubameyang equalized in the 38th and Pulisic assisted on Conor Gallagher’s goal in the 90th minute.

Tim Ream’s Fulham lost 4-1 at home to Newcastle United. Trailing 4-0 from Newcastle goals in the 11th, 33rd, 43rd, and 57th minutes, Bobby Reid scored for Fulham in the 88th. Tyler Adams and Brenden Aaronson’s Leeds United drew 0-0 at home with Aston Villa. Aaronson subbed out in the 79th minute.

Ethan Horvath was in goal for Luton Town’s 2-0 win at Hull City in the Championship. An own-goal put Luton up in the 6th and Henri Lansbury scored in the 44th. Lynden Gooch’s Sunderland drew 0-0 at home with Preston North End. Duane Holmes subbed out at halftime of Huddersfield Town’s 3-1 loss at Reading. Trailing from goals in the 29th, a 36th minute own-goal, and the 81st, Tom Lees scored for Huddersfield Town four minutes into stoppage time.

Jordan Pefok’s Union Berlin lost 2-0 at Eintracht in the Bundesliga. Mario Gotze scored in the 12th and Jesper Lindstrom doubled the lead in the 42nd. Eintracht’s Randal Kolo Muani saw red in the 68th minute. Joe Scally subbed out in the 77th minute of Gladbach’s 5-1 loss at Werder Bremen. Trailing 4-0 from goals in the 5th, 8th, 13th, and a 37th minute own-goal, Gladbach’s Marcus Thuram scored in the 63rd minute. Werder scored again in the 73rd.

George Bello’s Arminia Bielefeld lost 4-1 at Fortuna Dusseldorf in the 2.Bundesliga. Down a goal from the 21st, Arminia’s Robin Hack equalized from the penalty spot in the 34th. Fortuna Dusseldorf went up for good in the 47th, adding goals in the 66th and 76th minutes.

Julian Green subbed out in the 77th minute of Furth’s 1-1 home draw with SV Saundhausen. Trailing from the 12th minute, Green equalized for Furth in the 48th. Sandhausen saw red three minutes into stoppage time. Terrence Boyd’s Kaiserslautern drew 1-1 at home with Eintracht Braunschweig. Falling behind in the 52nd, Kaiserslautern’s Boris Tomiak equalized in the 55th.

Christian Ramirez subbed on in the 80th minute of Aberdeen’s 4-1 home win over Kilmarnock in the Premiership. Vicente Besuijen put Aberdeen up in the 22nd and Bojan Miovski doubled the lead in the 24th. Kilmarnock pulled a goal back in the 27th. Miovski scored again in the 45th and Anthony Stewart finished off the Aberdeen scoring in the 63rd.

James Sands subbed on at halftime and Malik Tillman subbed on in the 63rd for Rangers in their 4-0 win at Hearts. Antonio Colak scored in the 6th and 30th with Alfredo Morelos making it 3-0 in the 76th. Tillman assisted on Ryan Kent’s goal a minute into stoppage time.

Luca De la Torre subbed on in the 70th minute of Celta Vigo’s 1-0 home shutout of Real Betis in La Liga. Gabri Viega put Celta Vigo up in the 9th with Real Betis playing a man down from the 20th minute. Erik Palmer-Brown’s Troyes drew 2-2 at home with Reims in Ligue 1. Down a goal from the 12th, Wilson Odobert equalized for Troyes in the 51st. Reims scored again in the 54th, going a man down in the 56th. Jackson Porozo equalized for Troyes in the 90th. Palmer-Brown saw yellow seven minutes into stoppage time.

Sergino Dest subbed on in the 73rd minute of AC Milan’s 3-1 win at Empoli in Serie A. Ante Rebic put Milan up in the 79th with Fode Ballo-Toure and Rafael Leao adding goals in stoppage time. Weston McKennie subbed out in the 60th minute in Juventus’s 3-0 home win over Bologna. Filip Kostic put Juve up in the 24th with McKennie assisting on Dusan Vlahovic’s goal in the 59th. Arkadiusz Milik finishing off the scoring in the 62nd minute.

Andrija Novakovich, Gianluca Busio, and Tanner Tessmann’s Venezia won 4-1 at Cagliari in Serie B. Tessman subbed on in the 60th and Busio subbed out in the 90th minute. Down a goal from the 38th, Joel Pohjanpalo equalized for Venezia in the 50th. Venezia’s Denis Cheryshev scored in the 64th and 66th and Ridgeciano Haps finished off the goals in the 82nd minute.

Ricardo Pepi subbed out in the 81st minute of Groningen’s 4-1 home loss to AZ in the Eredivisie. Down 2-0 to goals in the 3rd and 19th minutes, Pepi scored in the 42nd. AZ added goals in the 61st and 85th. Cole Bassett subbed on in the 81st minute of Fortuna Sittard’s 2-0 home shutout of Volendam. Umaro Embalo scored in the 33rd with Volendam going a man down in the 39th. Oguzhan Ozyakup doubled the Fortuna lead in the 44th minute. Richy Ledezma subbed on in the 80th minute of PSV’s 3-0 loss at Cambuur to goals in the 54th, 84th, and 90th minutes.

Mark McKenzie’s KRC Genk won 2-1 at Oostende in the Belgian Pro League. Trailing from the 3rd, Paul Onuachu equalized for Genk in the 25th and Daniel Munoz scored in the 88th. Oostende went a man down six minutes into stoppage time. Bryan Reynolds’s Westerlo won 2-0 at home over Zulte Waregem. Nacer Chadli scored in the 9th and Lyle Foster added a goal in the 47th. Sam Vines subbed out in the 77th minute of Royal Antwerp’s 2-1 loss at Kortrijk. Trailing 2-0 from goals in the 21st and 42nd, Antwerp’s Vicent Jannsen converted a stoppage time penalty.

Joe Corona’s GIF Sundsvall lost 3-1 at home to Norrkoping in the Allsvenskan. With Norrkoping up 3-0 from goals in the 11th, 16th, and 87th minutes, GIF Sundsvall’s Pontus Engblom scored in the 89th. Corona saw yellow in the 21st minute. Joe Gyau’s Degerfors shutout Djurgarden 3-0 at home.

John Brooks subbed on in stoppage time for Benfica in their 0-0 draw at Vitoria in the Premiera Liga.

Caleb Stanko subbed on at halftime for Asteras Tripolis in their 2-0 home win over OFI in the Greek Super League. Leo Tilica scored in the 19th and Michael Gardawski made it 2-0 in the 44th. Ulysses Llanez subbed on at halftime of St Polten’s 3-2 home win over Amstetten in the Eerste Liga. Julian Keiblinger put St Polten up from the penalty spot in the 9th with Amstetten equalizing in the 31st. Keiblinger scored again for St Polten in the 63rd with Anstetten equalizing in the 86th and St Poltem giving up an own-goal a minute into stoppage time.

Kenny Saief subbed out in the 63rd minute of Neftchi’s 3-1 loss at Qarabag in the Azerbaijan Premier League. Eddy Silvestre scored for Neftchi in the 24th. Qarabag equalized in the 56th, going ahead in the 67th and adding a goal in the 74th. Mix Diskerud subbed out in the 74th minute of Omonia’s 2-0 win at Doxa in the Cypriot First Division. Bruno Felipe scored for Omonia in the 41st with Doxa seeing red a minute into stoppage time. Roman Bezuz doubled the Omonia lead five minutes into stoppage time.

Johnny Cardoso subbed out in the 63rd minute of Internacional’s 1-0 home shutout of Santos in Brazil’s Serie A. Carlos de Pena scored International’s goal in the 23rd minute. Cardoso saw yellow in the 35th minute. In Liga MX, Ventura Alvarado subbed on in the 61st minute of Juarez’s 3-1 home win over UNAM Pumas. Jesus Duenas put Juarez up in the 4th with Pumas equalizing in the 33rd. Gabriel Fernandez put Juarez up for good in the 41st, playing a man up from a minute into stoppage time. Juarez’s Alan Camacho scored six minutes into stoppage time.