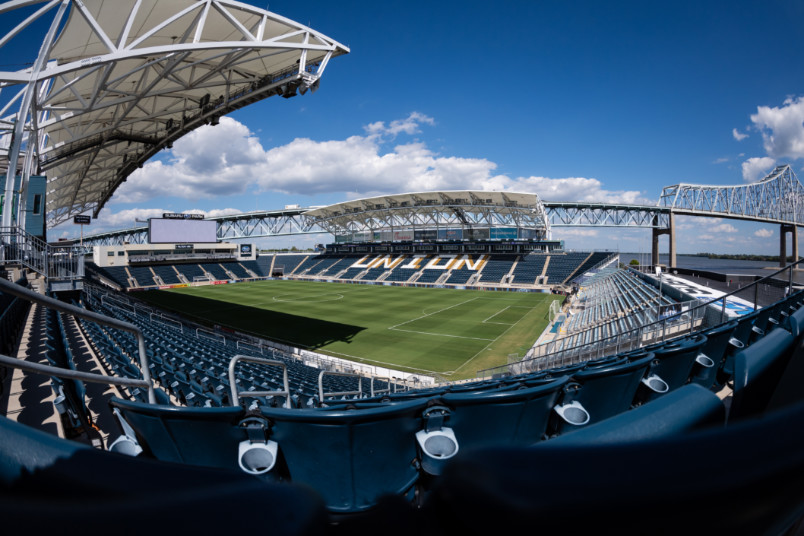 By Clemente Lisi – NEW YORK, NY (Oct 3, 2022) US Soccer Players – The battle for the Supporters’ Shield for much of the season has pitted Los Angeles FC against the Philadelphia Union. LAFC won it on Sunday thanks to a dramatic 2-1 win against the Portland Timbers, buoyed by its star-studded roster. Across the country, the Union, a side without the same level of international stars, relies on a different model.

As the regular season reaches its conclusion, it’s Philadelphia that has scored more goals than any team in 2022. That’s largely thanks to veterans, complemented by a supporting cast of American youth players, who have come to characterize the pluckiness of this Union squad over the past few years.

With the surprise 4-0 loss this past Saturday to Charlotte FC an exception to what they’ve done this season, Philadelphia has been shredding defenses while also tearing up the MLS record book the last few months. It’s an astonishing feat, considering how they’ve built their roster. While combined, the Homegrown Players on the team don’t account for a majority of the goals or assists, the Union’s drive and charisma is largely driven by this youth movement.

More than any other team, the Union has Homegrown Players getting minutes and even starting in what has been a continuation of an MLS youth movement once dominated by FC Dallas and the New York Red Bulls. It has all helped propel the Union to 68 goals this season in 33 games, more than any team in the league. That’s good for a goal differential of +42, close to the best ever of +47 recorded in 2019 by LAFC.

“I’m kind of at a loss for words for the amount of times that these players are hitting the back of the net,” Philadelphia coach Jim Curtin recently told reporters. “Overall, the players deserve 100 percent of the credit. They have continued to amaze me week-in and week-out.”

The timeline of the Union’s scoring success dates back to the early months of the season. It hit its peak in July when the Union trounced DC United 7-0 on July 8 in the friendly confines of Subaru Park. In that match, the Union scored five goals in the first-half, for the first time in team history and only the fifth club ever in MLS during a regular season game.

In that game, midfielder Alejandro Bedoya scored twice, and striker Julian Carranza recorded a hat trick, his first in MLS. While Daniel Gazdag, third in the Golden Boot race, Carranza, a designated player on-loan from Inter Miami, and Mikael Uhre, the team’s other DP, are the only ones with double-digit goals, this version of the Union is about more than offense. Add in a defense capable of keeping those games one-sided with goalkeeper Andre Blake’s 14 shutouts, and Philadelphia is a comprehensive club. That’s why their Homegrown Players are getting attention amid this avalanche of scoring.

The DC United game was a harbinger of more to come. It became even more apparent later that month. On July 30 versus the Houston Dynamo, again at home, the Union won 6-0. It was a win highlighted by Homegrown midfielder Jack McGlynn, who got his first MLS goal. The 19-year-old midfielder has since added three more assists to his stats and has increasingly been a regular in the lineup.

“Jack’s ability on the ball and the level that I talk about that he can go to, and what he sees, it’s not normal for a kid his age,” Curtin said. “His IQ is as high as any player I’ve worked with and he’s still a teen.”

McGlynn, a left-footed player, has added a spark to the Union midfield whenever he’s gotten playing time. He has helped the team maintain possession and his accurate passing makes him a dangerous player. His accuracy on set pieces has also been a spark to the team’s offense.

On August 20, the Union became the second team in league history to score six or more goals in two games against a single opponent in the same season. Carranza had a hat trick in a 6-0 road victory. In that game, McGlynn started in the midfield, where he had an assist and two shots on goal while playing the entire game.

It was in 2021 that the Union added McGlynn and other Homegrown Players like Paxten Aaronson, Brandan Craig, Nathan Harriel, and Quinn Sullivan to its roster. It was a prescient move by a franchise that has doubled down on youth since 2013 when it decided to invest in an elite academy. This group followed in the footsteps of earlier Philly Homegrown Players like USMNT midfielder Branden Aaronson, now at Leeds United, and center back Mark McKenzie, now at Belgian side KRC Genk.

With ten Homegrown Players on Curtin’s roster, he’s used the goal advantages to get his young players time. It’s an impressive number of Homegrowns on one team and one that features a mix of talents and positions. While McGlynn has gotten loads of attention, so has Sullivan, an attacking midfielder, and Aaronson, a technically gifted midfielder with a creative streak.

This high number of young players benefited the USMNT U-20s in July, with Craig, McGlynn, Sullivan, and tournament top scorer Aaronson all on the roster that qualified for the 2024 Summer Olympics. During the September international break, the foursome was again called up to the U-20 squad to compete in the Revelations Cup, a tournament held in Mexico that featured host nation, Peru and Paraguay. The US finished second to Mexico.

Experience only raises expectations at club level. Expect the Union’s current Homegrown Players to continue playing their part with the team in position to win the Eastern Conference.