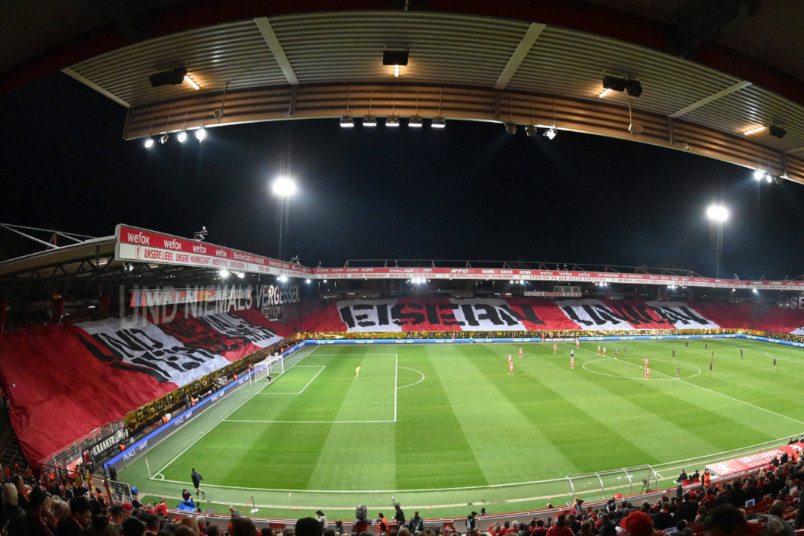 Friday’s soccer news has the Europa League roundup for USMNT players, starting with Jordan Pefok subbing out in the 63rd minute of Union Berlin’s 1-0 home win over Braga in group D. Robin Knoche converted a 68th minute penalty and Union goalkeeper Frederik Ronnow made three saves to keep the clean sheet. Union Berlin is in 2nd-place on nine points, trailing group leaders Union St-Gilloise by four points and ahead of 3rd-place Braga by two points. Also in group D, Romain Gall was on the bench for Malmo in their 2-0 loss at Union St-Gilloise to goals in the 10th and 41st minutes.

Richy Ledezma was on the bench for PSV in their 2-0 home win over Arsenal in group A. PSV’s Joey Verrman scored in the 55th and Luuk de Jong added a goal in the 63rd. Matt Turner wasn’t in the squad for Arsenal, at the top of the group with 12 points, two ahead of 2nd-place PSV.

“We have periods where we’ve been excellent and periods where we’ve suffered,” Arsenal manager Mikel Arteta said. “For sure, we haven’t had the consistency for 95 minutes to maintain the level we want. That’s the next challenge and the next aim for this team. Today I think it was very different, right from the beginning. Even though we had periods where we controlled the game, I didn’t feel that we had the threat and the aggression that we’ve been playing at.”

Mix Diskerud was on the bench for Omonia’s 2-0 home loss to Real Sociedad in group E. Omonia fell behind to a first-half stoppage time goal with Real Sociedad doubling the lead in the 60th minute. Omonia is in 4th-place in the group with no points, trailing 3rd-place Sheriff by three points.

Also in the soccer news, Concacaf has set the schedule for the 2023 Gold Cup with the draw on April 14 and the tournament running from June 24 to July 16. “The 2023 Gold Cup will be the centerpiece of a wonderful summer of Concacaf football which will also include our Nations League Finals and the final of the Concacaf Champions League,” Concacaf president Victor Montagliani said in a press statement announcing the schedule and SoFi Stadium as the site of the July 16 final. “These competitions, and the many others we will deliver in 2023, are hugely important for the ongoing development of the game in Concacaf as we seek to harness the momentum and anticipation that is building in our region as we get closer to 2026.”

Saturday has the Premier League on USA: Leicester City vs Manchester City at 7:30am, Brighton vs Chelsea at 10am, and Liverpool vs Leeds at 2:45pm. NBC has Fulham vs Everton at 12:30pm.

La Liga on ESPN Deportes: Almeria vs Celta Vigo at 8am, Cadiz vs Atletico Madrid at 10:!5am, Sevilla vs Rayo Vallecano at 12:30pm, and Valencia vs Barcelona at 3pm. Serie A on CBS Sports: Napoli vs Sassuolo at 9am. Primeira Liga on GolTV: Santa Clara vs Porto at 10:30am, Benfica vs Chaves at 1pm, and Arouca vs Sporting at 3:30pm. Ligue 1 on beIN Sport: PSG vs Troyes at 11am.

Copa Libertadores on beIN Sport: Flamengo vs Athletico-PR at 4pm.

Sunday has the Premier League on USA: Arsenal vs Nottingham Forest at 10am and Manchester United vs West Ham at 12:15pm.

Ligue 1 on beIN Sport: Auxerre vs Ajaccio at 8am, Monaco vs Angers at 10am, Lorient vs Nice at 12pm, and Lyon vs Lille at 3:45pm. La Liga on ESPN Deportes: Osasuna vs Real Valladolid at 9am and Real Madrid vs Girona at 11:15am. Primeira Liga on GolTV: Boavista vs Vizela at 11:30am.

MLS playoffs on ABC: LAFC vs Austin at 3pm. FS1 has Philadelphia vs NYCFC at 8pm. Liga MX playoffs on Univision: Pachuca vs Toluca at 8:30pm.

Monday has the Super Lig on beIN Sport: Basaksehir vs Giresunspor at 1pm. All Times Eastern