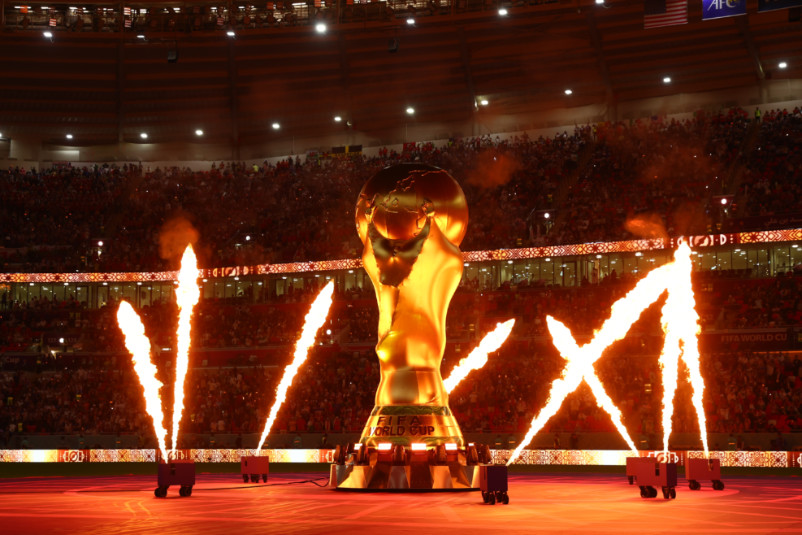 Tuesday’s soccer news starts with the aftermath of the USMNT’s 1-1 draw with Wales to open group B. With both teams now tied for 2nd and 3rd-place on a point, the focus quickly shifts to Friday’s game twos. Those games, Wales vs Iran and England vs USA, should build on what we saw from all four teams yesterday. With that in mind, here are three takeaways from the group B openers.

Physical play is about risk vs reward, with players on both teams creating the opportunity to see just how much the referee would tolerate. While there’s an argument that “not all that much” applied more to the USMNT than Wales in the early going, it’s a question of scope. Card accumulation is only part of the problem. It’s a potential hesitance, especially once the referee has shown a player a card. For the USMNT, Sergino Dest, Weston McKennie, Tim Ream, and Kellyn Acosta enter the England game on a yellow card. That’s going to require some version of game management since potentially missing any of them creates issues for the USMNT in the group stage finale. Meanwhile, England enters the second matchday with no players seeing yellow.

Both group B games had extended stoppage time, highlighting FIFA’s concern with the time the ball is in play. While that’s one way to address the need to account for playing time, it’s also already introducing the lengthy stoppage time issue we’ve seen in the club game. Simply put, expectations need to be reasonable for players and technical staffs. Iran scored 13 minutes into extra time against England, with no threat of a late comeback but underlining what it means to hold onto a score line. Wales threatened in stoppage time against the United States with Acosta seeing that yellow for a professional foul on Gareth Bale ten minutes into added time. That’s a message sent and undoubtedly received across group B.

Meanwhile, in group A

Maybe the title should be “two from group B and one from group A,” but there’s a reason we’re switching to the group that’s matched with group B in the round of 16. What happened to Senegal in their 2-0 loss to the Netherlands in group A demonstrates the level of difficulty in turning ideas into advantages. Senegal was pressing, the team in search of a late goal. All of a sudden, they’re trailing and looking for better ideas. Then they’re down two goals and eventually three points, waiting for Friday to see if they can figure things out against Qatar. What didn’t work late against the Netherlands certainly could in game two. That’s the counterbalance to the temptation to decide to rework things after the first 90 minutes of the group stage. The Netherlands also has questions in need of answers, in a different position but with similar pressure to decide if tweaks are helpful or something that could turn into a problem.

Shifting focus to the club game, James Sands and Malik Tillman will have a new manager at Rangers after the Premiership club “parted company” with Giovanni van Bronkhorst. “Unfortunately, results and performances over recent months haven’t met expectations and the decision was made today by the board to terminate the contract of the manager. The search for the new manager is now underway,” the club statement read.

World Cup on FS1: Morocco vs Croatia at 5am and Germany vs Japan at 8am. FOX has Spain vs Costa Rica at 11am and Belgium vs Canada at 2pm ET.