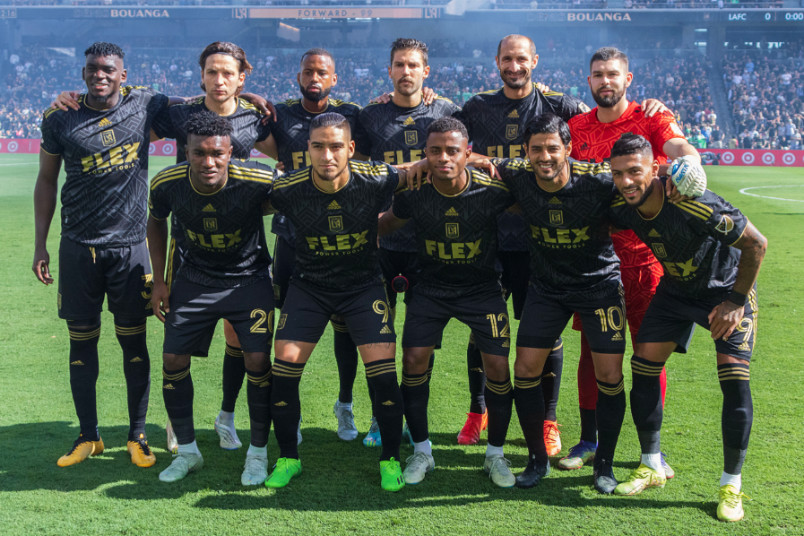 By Jason Davis – WASHINGTON, DC (Nov 4, 2022) US Soccer Players – Let’s not pretend it isn’t a cliche. Soccer games are won in the midfield. The cliche exists for an obvious reason. So much of any game is played in the middle half of the field that it’s natural to focus there when trying to analyze a match-up. When the match-up you’re trying to analyze is a championship game, it only ramps up the importance of the midfield. So here comes another cliche, the midfield is “the game within the game.”

Maybe it’s too obvious a thing to say, but most successful teams have successful midfields. This year’s two MLS Cup finalists boast two of the league’s top groups, though they operate differently. What LAFC and the Philadelphia Union have in common are savvy players they acquired because their skill sets fit the team’s playing philosophy and complement one another.

The Union’s four-man midfield, part of Jim Curtin’s preferred 4-4-2 diamond formation, helped push the club into an MLS Cup final in its second year as a unit. Defensive midfielder Jose Martinez, nicknamed “El Brujo” or “The Wizard” in Spanish, anchors the diamond.

Ahead of Martinez is a pair of two-way players who do the lion’s share of the running for Philadelphia. One is Leon Flach, a Texas-born, German-raised 21-year-old who joined the Union in 2021. Flach is one of general manager Ernst Tanner’s transfer triumphs and an excellent example of the Union’s team-building model. He’s a player who has thrived in MLS as part of Philadelphia’s press-heavy, vertical approach.

The other is team captain Alejandro Bedoya. Limited in the postseason due to an injury he picked up at the end of the regular season, he’s a certain starter when healthy. Bedoya’s tireless work, running off the ball and finding space all over the field, not only enables him to be a factor with or receiving the ball, it opens up other areas of the field for his teammates.

Ahead of Bedoya and Flach is the Union’s attacking dynamo, Hungarian Daniel Gazdag. Gazdag led the Union with 22 goals this season, a total good enough to place him in a tie for second in the Golden Boot and earning him MVP consideration.

Gazdag scored goals at levels usually reserved for forwards despite technically playing a midfield position. In the Union’s fast and furious approach, he pushes forward to latch onto the service provided by his fellow midfielders and Philadelphia’s fullbacks.

Keeping tabs on Gazdag will be a key to victory for LAFC at Banc of California Stadium. Let him run free and pop up unmarked in dangerous areas and the visitors might be leaving Los Angeles with the MLS Cup trophy. The responsibility for stopping that will fall to every member of LAFC’s midfield.

In LAFC’s three-man system, there is no role like that of Gazdag with the Union. That doesn’t mean that there’s no attacking danger in the group, just that their primary roles are to slow down the opponent and facilitate LAFC’s dangerous three-man forward line.

While Philadelphia’s group has two years together going into the final, LAFC remade its midfield ahead of this season. The holdover from last year expected to start on Saturday is 23-year-old Jose Cifuentes. A $3 million transfer from America de Quito in January of 2020, Cifuentes is representative of LAFC’s South American-focused approach to signing young talent. Cifuentes emerged as a first-choice player under Bob Bradley in 2021 and appeared in 33 regular season games this year.

The first to join was former Sporting Kansas City midfielder Ilie Sanchez. Sanchez signed with LAFC as a free agent after five seasons with SKC. He’s proved to be one of the signings of the season as the holder in LAFC’s midfield. The best and most accurate descriptions of Sanchez in 2022 sound like faint praise and belie his importance to the Western Conference champions: Steady. Smart. Savvy. For a holding midfielder, however, that’s exactly what any team needs.

48 hours after announcing Sanchez’s arrival, LAFC completed a trade with the Colorado Rapids for USMNT midfielder Kellyn Acosta. Teamed with Sanchez and Cifuentes, Acosta has been a key part of LAFC’s success this season. Acosta’s passing is among the most accurate from his position in the league and his ability to win the ball via tackles and interceptions makes him an asset defensively.

The key to the LAFC midfield is the group’s versatility. There are defined roles, especially when it comes to Sanchez’s position, but all three can slide into other areas in midfield as necessary. When Philadelphia lines up against them on Saturday, they’ll be going up against a group that is especially adept at limiting the opponent in transition. Transition is where the Union thrives.

There will be battles all over the field at the MLS Cup final. Philadelphia’s vaunted defensive group against Cristian Arango, Carlos Vela, and Denis Bouanga. Fullbacks against fullbacks as the two teams go wide up and down the field. LAFC’s center backs against a pair of Union forwards.

But these are two of the best midfielders in the league, both working so well as cohesive units. That’s why it’s a safe assumption that the winning team in the 27th edition of the MLS Cup will be the one whose midfield comes out on top.