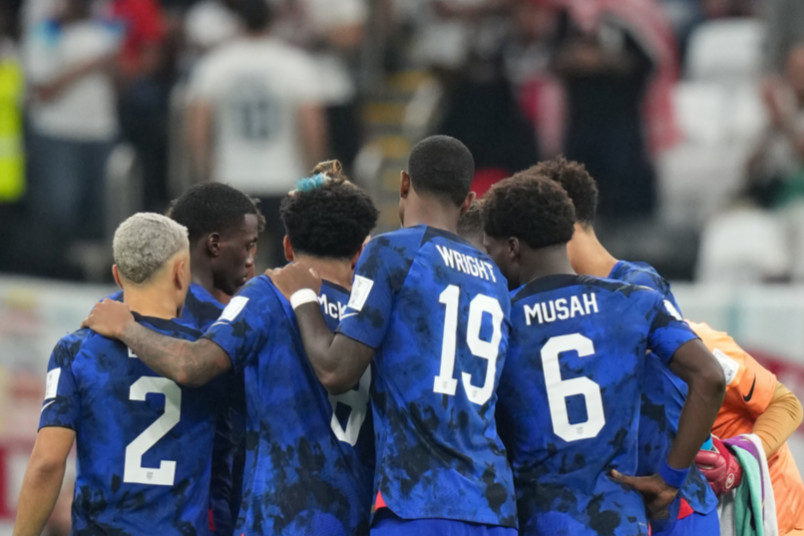 Monday’s soccer news starts with or preview of the USMNT in tomorrow’s group B finale against Iran. As we all know, the USMNT has to win to advance, with Iran capable of moving to the knockout stage with a draw. With that firmly in mind, here’s what we can take from both game twos as well as a look at what’s happening in group A.

Production is still the easiest issue to highlight

What’s already underlined by multiple pundits and outlets still holds. The USMNT needs to figure out how to turn chances into shots on goal. While it’s tempting to put that on the issues with developing a true center forward, the USMNT took ten shots against England with one on goal. That’s a broader issue than figuring out who is the best option at the top of the formation. England manager Gareth Southgate said, “we’ve shown great resilience to defend against an opponent that kept asking questions,” and that speaks directly to what the USMNT got right.

The difficulty of Wales vs Iran

What changed Friday’s other group B game was a late red card and two stoppage time goals. For the USMNT, perhaps other than hoping a situation doesn’t occur where your goalkeeper gets sent off with four minutes left in regulation. Wales held over 60% of the possession, taking 10 shots to 21 for Iran, putting thee on goal to Iran’s six. There’s no doubt that Iran can push the offense with less possession and less passes, 295 to Wales’ 508 according to the official FIFA match report. What Iran was comfortable doing was trying shots from distance. That puts more pressure on the USMNT defense, knowing that a game-changing moment may not happen from build-up play looking for a close shot.

The problem with pushing the offense

While it’s certainly tempting to think that a high press with multiple attacking options is the clearest way through for the USMNT, that has to work through stoppage time. We’ve seen Iran score late in both of their games, something that could work against any strategy relying on offensive substitutions over keeping the defense steady. The problem with sweeping conclusions from group stage games is how much teams can change, especially following the opening game. Iran shook off that four-goal loss to England, setting up a group B finale that should test the USMNT’s tactics.

The group A scenarios

It’s somewhat clearer in the group that will produce the opponents for the group B teams that advance. Group A concludes in the 10am ET slot on Tuesday with Qatar already out. Ecuador’s 1-1 draw with the Netherlands means that they’re tied on points with four and goal difference at +2. Senegal is a point behind on an even goal differential. Any of those three teams creates interesting situations for the teams advancing from group B. Courtesy of the Nations League, UEFA teams no longer regularly play outside of Europe. Courtesy of those games that count taking up the international windows, there’s no longer the same availability to play European clubs in friendlies.

Also in the soccer news, DaMarcus Beasley and Landon Donovan are part of the National Soccer Hall of Fame class of 2023. Beasley and Donovan showed how to manage a career in an era with more opportunities and expectations for American players. Both were key to the USMNT’s 2002 quarterfinal run, and both showed how their games worked not just in Europe but eventually in Liga MX as well. That breadth of experience speaks to more than on-field ability. It shows a willingness to take chances that couldn’t help but inspire other players.

World Cup on FOX: Netherlands vs Qatar at 10am and Iran vs USMNT at 2pm. FS1 has Ecuador vs Senegal at 10am and Wales vs England at 2pm ET.