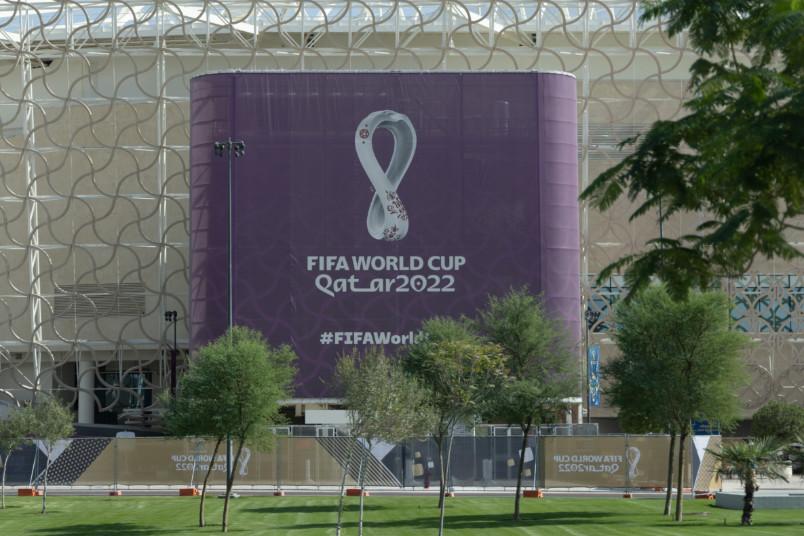 By Jason Davis – WASHINGTON, DC (Nov 18, 2022) US Soccer Players – It’s almost impossible to make too big a deal out of what’s coming on Monday. Years of effort, much of it in service of just qualifying for the tournament, have led to this. There are no givens when it comes to making the field for the quadrennial celebration of the world’s favorite game, and perhaps no two teams in the field know that better than the United States and Wales.

The United States and Wales will clash in their group-stage openers at the 2022 World Cup on Monday in Doha (2pm ET – FOX). On the line is a chance to start strong and lower the stakes for the two remaining games in the group. A win in game one goes a long way to ensuring a berth in the Round of 16. With England to come in the second match, the Americans, in particular, need to maximize points at Al-Rayyan Stadium.

Back at the World Cup for the first time since 1958, Wales is a team rich in experience from the top two tiers of English soccer. The star man is Gareth Bale, the hero of LAFC’s triumph over Philadelphia in the MLS Cup final. Bale’s dramatic extra-time goal showed exactly how he can turn any game on its head. Bale is particularly dangerous in open space and on free kicks, meaning the United States will have to work to limit those opportunities for Wales.

Wales, perhaps as much as almost any team in the tournament, depends on the counterattack for goals. Coach Rob Page’s squad moves fast and direct when they get the ball, usually done through turnovers in their defensive half of the field. While Bale can change a game by himself, Wales will only go as far as organized defending and efficient attacking will take them.

The Americans will need to be wary of Wales’ speedy forwards, one or two of whom will be left up-field on defensive set pieces to better be ready to hit quickly on the counter. Pouncing on second balls when the team is pushed up for corners and free kicks is critical for the USMNT.

Defensively, Wales will sit deep, but with a system that utilizes wing backs, the USMNT should have an extra player in central midfield. If the Americans can make that advantage count, perhaps by moving players into the space in front of the penalty box and drawing out the Welsh center back, there could be space behind the back line to be exploited. The US can achieve that by pushing midfielders up or dropping the center forward deep.

USMNT head coach Gregg Berhalter’s system is designed to create and use space behind the back line in the wide areas of the field. The Americans’ two wide forwards and attacking fullbacks will be central to the approach in the World Cup opener.

The flipside of pushing up to draw out Wales is leaving space for them to attack if/when the ball turns over. Wales is more than happy to absorb pressure on their end if it means a chance to play the ball out quickly and attack against fewer defenders. There’s no match where being smart with the ball and accurate with passing isn’t important, but it takes on a greater gravity when facing a team built to counter.

The margins are normally thin for Wales. Rarely do they dominate the opponent. More often they need heroic individual effort to win. Goalkeeper Wayne Hennessey delivered that kind of effort in the UEFA playoff to advance to the World Cup. The potential return of Swansea City midfielder Joe Allen from injury adds another key component.

The USMNT has a cadre of players familiar with their first opponent. The bulk of the Welsh team plays in the English system, either in the Premier League or the Championship. The Americans have their own collection of England-based players in the top two levels as well. That familiarity cuts both ways, of course.

One of the most fascinating stories heading into any high-stakes matches is the tactical changes coaches make to gain an edge, or if they choose to make any at all. Some teams stick with their base approach, only making changes if forced to during the 90 minutes on the field.

Other teams throw in a wrinkle via lineup or formation from the start. Page got his team to Qatar by leaning on the best XI players in his pool and tactics that turn the game into a defend-and-counter proposition.

That leaves us to wonder if Berhalter will throw a curveball. With a hungry team of young stars looking for opportunities on the world stage, anything is possible. A team’s World Cup campaign is usually remembered by its finish, but there’s a lot about the end that is set up by what happens in the beginning.