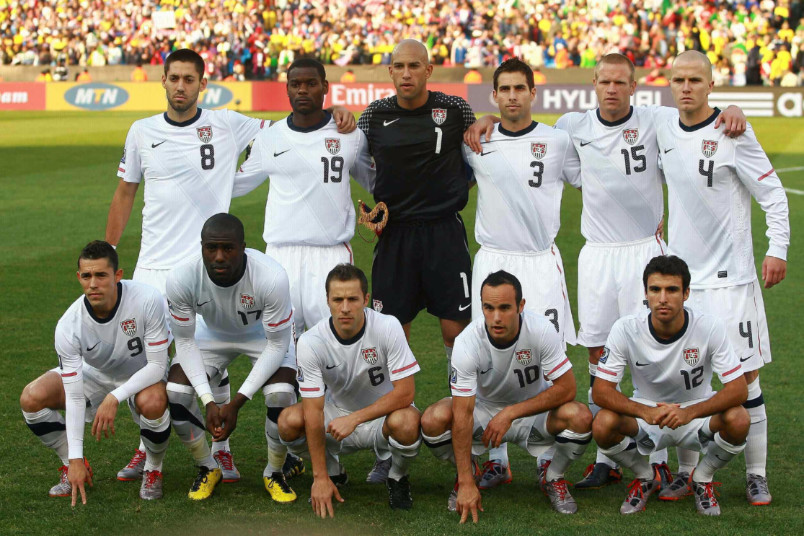 By Clemente Lisi – NEW YORK, NY (Nov 28, 2022) US Soccer Players – After collecting two points at the 2022 World Cup, the USMNT enters Tuesday’s final group stage match in need of a win. The United States controls its own fate after draws against Wales and England, setting the stakes against Iran. It’s a task the US has had to face before.

Excluding the 1990 and 1998 World Cups, where the USMNT finished 0-3, there is some history from the other five editions where the Americans entered the final matchday contending for a spot to the knockout round. Following this past Friday’s scoreless draw against England, US coach Gregg Berhalter said the team needs goals and a win. The Americans have scored just once in Qatar.

“We’re proud, but our work’s not done. We have to win on Tuesday,” he told reporters. “We know five points get us in and we have to focus on the five points.”

The USMNT has only gotten five or more points at a World Cup group stage on two occasions since 1990, with a 1-0-6 all-time record in the often-crucial third game. The United States is currently third in group B on two points, trailing 1st-place England with five points and 2nd-place Iran with three. On the eve of the US vs Iran game, here’s a look back at the USMNT’s final World Cup group stage matchdays in tournaments where they remained in contention for a spot in the knockout round.

The US managed a draw against Switzerland and a shock win versus Colombia, results that put the Americans in contention to win Group A and advance to the round of 16. The World Cup, a 24-team tournament at the time, was more forgiving to teams in the group stage. In addition to the top two teams in each group, the best third-place teams also advanced. The United States failed to get any points in the final match against Romania. The 1-0 defeat, however, didn’t hurt them in the end. Romania topped the group and Switzerland finished second. The US, at four points like the Swiss, finished third due to goal differential.

Placed in group D, the United States defeated Portugal and played South Korea to a draw in their first two games. The United States could have won the group going into its last matchday against Poland, but lost 3-1. It didn’t hurt them in the end, with the US finishing second in the group. South Korea would finish first after defeating Portugal, a result that helped the Americans. The US would go on to reach the quarterfinals, its best finish at a World Cup since 3rd-place at the very first World Cup in 1930.

A 3-0 defeat to the Czech Republic and a 1-1 draw against eventual champions Italy had the US in 4th-place in group E. In their final game, the Americans lost to Ghana 2-1.

The USMNT was in exactly the same position in South Africa as they now find themselves in Qatar. With their backs to the wall following draws against England and Slovenia, the Americans advanced from Group C in dramatic style. Landon Donovan scored a stoppage time goal for the 1-0 win to catapult the Americans into the round of 16. Tied for the top at five points with England, the Americans won the group on goal differential. It remains one of the biggest US goals at a World Cup.

The Americans had amassed four points entering their final game. A win against Ghana and a draw with Portugal put the Americans in strong position to advance out of Group G. Like in 1994, the Americans would go through even in defeat. Portugal earned a win to go to four points, while the Americans suffered a 1-0 defeat to eventual-champions Germany. The loss didn’t hurt the USMNT, who placed second and edged Portugal on goal differential to advance.

While precedent matters, it ultimately means little on Tuesday since the players and opponents are different. It does, however, give us some insight into the past. The USMNT has bucked the trend before. They will need to do it again to advance at the 2022 World Cup.