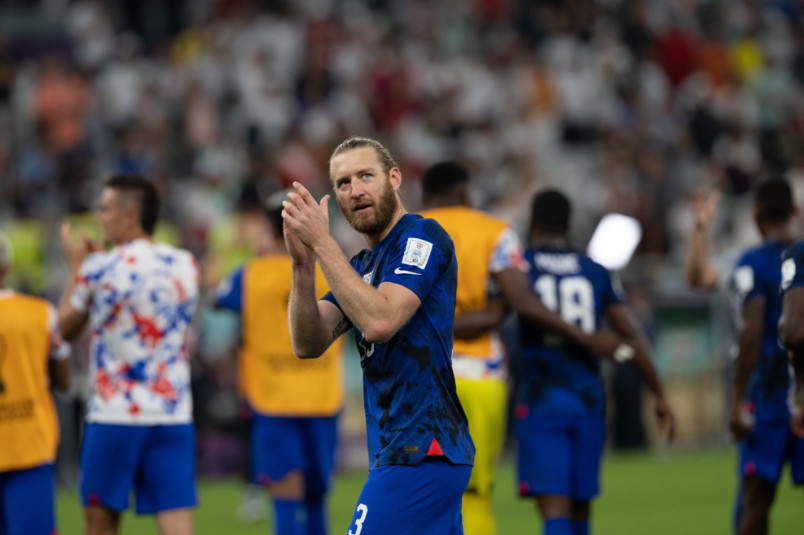 Wednesday’s soccer news starts with the USMNT’s path to a round of 16 game with the Netherlands on Saturday (10am ET – FOX) in an interesting group B final day. With all involved well aware that the USMNT needed a win to advance, the scope and pressure of the game turned into several decisive moments for the United States in a 1-0 win over Iran.

How the goal was scored

Sergino Dest to Christian Pulisic is now a new hallmark for the United States. Like Pulisic to Tim Weah in the opener against Wales, a play worked. Pulisic’s run against Iran was decisive and with high risk vs reward, making it clear that this game wasn’t going to hinge on the United States failing to capitalize on chances. That instead of celebrating, there was concern as the medical staff treated Pulisic who would exit at halftime underlined what had to happen for the USMNT.

Substitutions have been one of the stories for the USMNT over the group stage, trying to recognize the need for pressing the attack while not giving up too much defensively. At some point, even the best setups give up chances with Iran establishing an ability to score late goals in this group. With Pulisic and Weston McKennie subbed out, USMNT coach Gregg Berhalter brought on Walker Zimmerman and Shaq Moore in the 82nd for Weah and Dest. Iran trying to break down the USMNT over the remainder of the game is a different scenario than the USMNT continuing to press and Iran looking for counters. It was another risk vs reward moment.

Against England, USMNT goalkeeper Matt Turner kept the clean sheet with three saves, credited with one against Iran. That says very little about the games he played, using his positioning and distribution to frustrate both teams by closing down the obvious angles and keeping the USMNT organized. Without having to face a barrage of shots, Turner has still shown how he is matching his game to the opponent. That helps break down what the other team wanted to work, adding a dimension to the USMNT that increases the level of difficulty in playing them.

Again with group A

The Netherlands had a difficult game against Ecuador before seeing off Qatar in their finale and winning the group. What Ecuador got right was finding moments to press without making it easy for the Netherlands to break with the ball. Ecuador had a goal called back for offside in first-half stoppage time and hit the crossbar in the 59th in a game where they held the Netherlands to two shots. While that might not necessarily show a framework for how to breakdown the Netherlands, it certainly showed that the Dutch may not play an overwhelming press that takes the other team out of the game. Then again, it also showed that even with two shots and one on goal to Ecuador’s four on goal from 15, the Netherlands didn’t lose.

World Cup on FOX: Tunisia vs France at 10am and Poland vs Argentina at 2pm. FS1 has Australia vs Denmark at 10am and Saudi Arabia vs Mexico at 2pm ET.