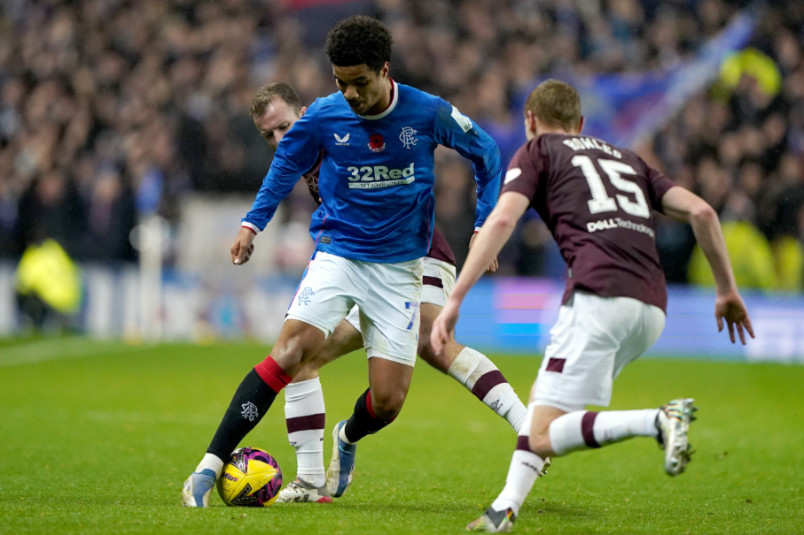 Thursday’s soccer news starts with the USMNT players in Scotland’s Premiership where Cameron Carter-Vickers’s Celtic won 2-1 at Motherwell. Celtic’s Kyogo Furuhashi scored in the 15th and Daizen Maeda doubled the lead in the 84th. Motherwell pulled a goal back in the 86th minute.

“We never really got into our rhythm so credit to Motherwell,” Celtic manager Ange Postecoglou said. “They worked hard to disrupt us and we just didn’t start the game well, we seemed to be struggling with it for the rest of the period so it was good to get a win.”

James Sands subbed out at halftime and Malik Tillman exited in the 85th of Rangers’ 1-0 home win over Hearts. Tillman scored in the 66th minute.

Then in the second-half when we scored the goal – a great goal by Malik,” Rangers manager Giovanni van Bronkhorst said. “It was a good run, a good cross and that is how you have to attack the crosses when you get into the final third. So I am really happy with the win – a big win for us and we have two days to prepare to go to the next game on Saturday, but to get three points today is very positive.”

Timmy Chandler was on the bench for Eintracht’s 4-2 home win over Hoffenheim. Djibril Sow scored for Eintracht in the 6th minute with Randal Muani doubling the lead in the 8th and Eric-Junio Dina-Ebimbe making it 3-0 in the 29th. Hoffenheim pulled goals back in the 37th and 46th, but Jesper Lindtrom added a fourth Eintracht goal in the 56th.

A league down, Julian Green was on the bench for Furth’s 1-0 home win over Hamburg. Armindo Sieb scored in the 8th and Furth played a man down from the 87th with a red card to Timothy Tillman.

John Brooks was on the bench for Benfica’s 1-0 win at Estoril in the Primeira Liga. David Neres scored for Benfica in the 66th minute. Caleb Stanko was on the bench for Astera Tripolis’s 2-0 loss at Atromitos to goals in the 9th and 12th minutes. Konrad De La Fuente wasn’t in the squad for Olympiakos’s 1-0 win at Levadiakos. Olympiakos’s Thanasis Androutsos scored in the 40th minute.

Christian Pulisic’s Chelsea lost 2-0 at Manchester United in the Leagues Cup to goals in the 53rd and 58th minutes. Matt Turner was on the bench for Arsenal’s 3-1 home loss to Brighton. Edward Nketiah gave Arsenal the lead from a 27th minute penalty. Brighton equalized from the penalty spot in the 27th, adding goals in the 58th and 71st minutes.