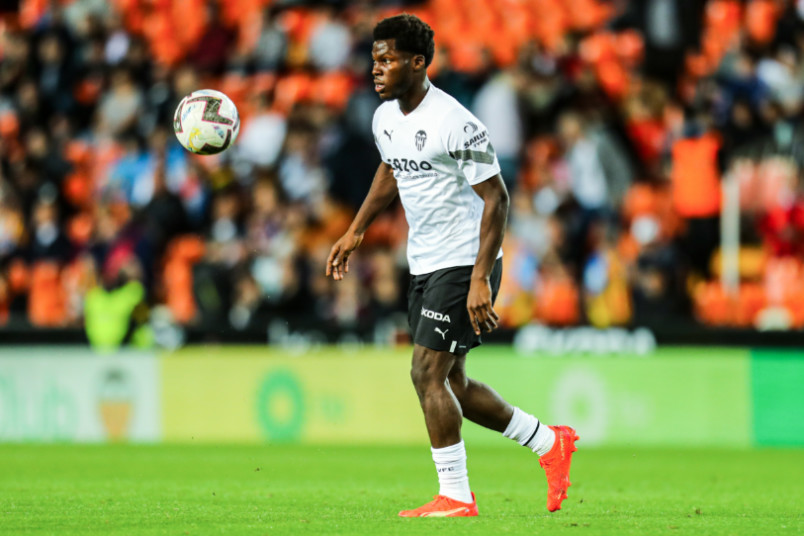 Friday’s soccer news starts with La Liga and Yunus Musah subbing out in the 85th minute of Valencia’s 3-0 home win over Real Betis. Playing a man up from the 61st minute, Valencia’s Andre Almeida scored in the 63rd and Hugo Guillamon converted an 81st minute penalty. Justin Kluivert finished off the Valencia goals three minutes into stoppage time. Valencia enters the World Cup break in 10th-place with their league schedule resuming on December 31 at Villarreal.

“We played wide and then we played narrow,” Valencia coach Gennaro Gattuso said. “With 11 against 11, we also made the breaking runs very well and ran into spaces. Today, we got our shots away from the outside of the box 4-5 times. I think we did well. It wasn’t easy because, although Betis were missing important players, they are always a dangerous team.”

Weston McKennie wasn’t in the squad for Juventus’s 1-0 win at Hellas Verona in Serie A. Moise Kean scored the Juve goal in the 60th with Juventus playing a man down when Alex Sandro saw red two minutes into stoppage time. Juventus hosts Lazio in Sunday in their final game before the World Cup break.

Saturday has the Premier League on USA: Manchester City vs Brentford at 7:30am, Liverpool vs Southampton at 10am, and Wolverhampton vs Arsenal at 2:45pm. Newcastle vs Chelsea is on NBC at 12:30pm.

Ligue 1 on beIN Sport: Lens vs Clermont at 11am and Rennes vs Toulouse at 3pm. Primeira Liga on GolTV: Arouca vs Rio Ave at 1pm and Boavista vs Porto at 3:30pm.

Sunday has the Premier League on USA: Brighton vs Aston Villa at 9am and Fulham vs Manchester United at 11:30am.

Serie A on CBS Sports: Atalanta vs Inter Milan at 6:30am. Ligue 1 on beIN Sport: PSG vs Auxerre at 7am, Lille vs Angers at 9am, Strasbourg vs Lorient at 11am, and Monaco vs Marseille at 2:45pm. Super Lig on beIN Sport: Besiktas vs Antalyaspor at 12pm.

Monday has the Primeira Liga on GolTV: Santa Clara vs Estoril at 3:15pm. All Times Eastern