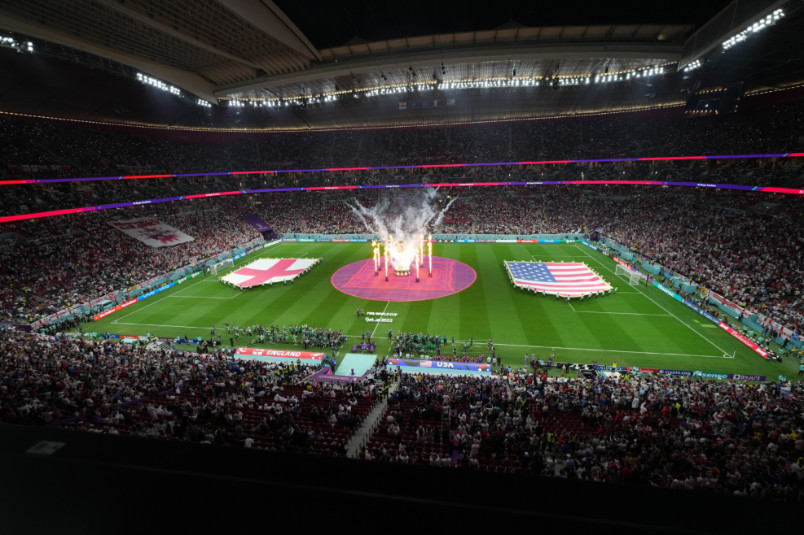 By Clemente Lisi – LUSAIL, QATAR (Dec 19, 2022) US Soccer Players – With the 2022 World Cup over, now comes the time for assessments. It’s natural to take a look back after such a massive event. In the end, what happened on the field proved to be spectacular beyond anyone’s imagination. Let’s start with the final. Never has a game delivered on every story line and talking point. It’s rare to live through something special and know that it’s exceptional.

The game may have even exceeded expectations as Argentina and defending champions France played out a 3-3 draw for the ages. Lionel Messi scored twice, adding a goal in the shootout, to power his country to a third World Cup title 4-2 on penalties. He also won the Golden Ball as the tournament MVP, scoring seven goals with three assists at this World Cup to take the Silver Boot behind France’s Kylian Mbappe.

“I can’t believe that we suffered so much in a perfect game,” Argentina manager Lionel Scaloni said after the game. “It’s unbelievable, but this team responds to everything. I am proud of the work they did.”

Beyond what was an epic final, attempting to pick through the major story lines at any tournament isn’t always easy. After 64 games crammed into 29 days, here are my four takeaways from Qatar 2022.

It was a tournament loaded with goals. Qatar 2022 featured 172 of them, up from 169 four years ago, but it was goalkeepers who shined brightest. In a game where goals matter and strikers are adored, it was the goalies who had some big moments. Croatia’s Dominik Livakovic’s prowess during shootouts against Japan in the round of 16 and Brazil in the quarterfinals is a great example.

The goalkeeper position has evolved greatly over the last few decades. This was evident in the data FIFA made public during the course of the knockout stage. For example, the save rate through the semifinals during shootouts was 34%, up from 25% compared to 2018. In the final, Argentina’s Emiliano Martinez once again proved key as the tournament’s Golden Glove winner.

MLS has grown tremendously the past few years. There was also evident at this World Cup. Heading into the tournament, 36 players hailing from MLS were on World Cup rosters. But one made history on Sunday. Atlanta United FC’s attacking midfielder Thiago Almada of Argentina became the first active MLS player to wear a World Cup winner’s medal.

Just 21, Almada has a bright future ahead of him. MLS has been a great place for young talent, both North American and from around the world, to get playing time. Everyone is finally starting to take notice, too.

Morocco changes the scope for CAF

Everyone loves an underdog story, especially we in the press, and the Atlas Lions made a run to the semifinals that will be remembered for the ages. First, they defeated Belgium during the group stage, then knocked out Spain on penalties in the round of 16 and Portugal 1-0 in the quarterfinals. In the process, Morocco only conceded one goal before their 2-0 semifinal defeat to France.

The tournament darlings had strong support after many in Qatar, once their team was eliminated during the group stage, adopted Morocco as a second team. That certainly helped them in the games that mattered most. The Atlas Lions finished fourth after losing to Croatia 2-1 on Saturday in the third-place match. With an expanded World Cup featuring 48 teams coming in 2026, who knows what other surprises await.

USMNT generates buzz for the game

With the spotlight firmly placed on them, the Americans did not disappoint during the group stage and qualified for the knockout round. The viewership for the USA’s scoreless clash against England on Black Friday shattered records. The game had 19.9 million viewers across FOX and Telemundo if you combine both TV and streaming.

This all bodes well for this young American team ahead of the 2026 World Cup, which the US will co-host with Canada and Mexico. Christian Pulisic showed how he could shine in big moments, while captain Tyler Adams was one of this World Cup’s best midfielders. This all helped the USMNT get mainstream attention throughout the tournament.

This World Cup is done. There’s no rest for the weary. The club season has already resumed in many places. The Premier League is back on Dec. 26 with its annual Boxing Day fixtures. The soccer calendar rolls on. For now, the World Cup carnival tent is packed up. In four years’ time, it comes to North America. We can’t wait.