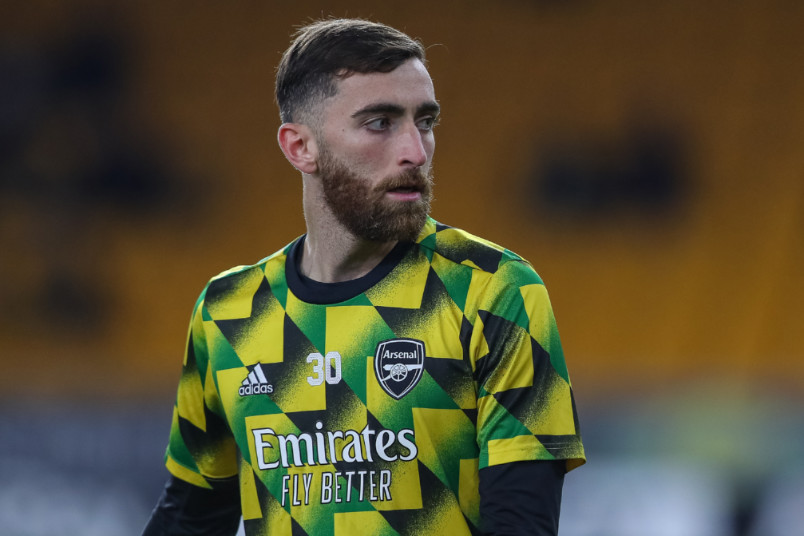 By Jason Davis – WASHINGTON, DC (Dec 23, 2022) US Soccer Players – In a mild surprise, Arsenal had charged to the top of the Premier League table from a multi-pronged attack and a stout defensive effort led by a cohesive pressing approach. American goalkeeper Matt Turner returns to Arsenal after his World Cup experience, where he was rated one of the best keepers in the tournament. Turner’s shot-stopping caught the eye of many a World Cup observer, potentially setting up a big second part of the English season for him.

But the World Cup also raised an issue for Arsenal’s title chances. Striker Gabriel Jesus, the club’s leading goal scorer, suffered a knee injury with Brazil and will miss at least three months. Arsenal’s fast start has Manchester City, the perennial title favorites, in 2nd-place after 14 games. The gap is five points, and City has more weapons than anyone. Arsenal plays West Ham at the Emirates Stadium on Monday.

Christian Pulisic’s Chelsea is in 7th-place. Chelsea is one of seven Premier League clubs that have already made changes at manager this season. It’s now Graham Potter’s job to get Chelsea up the table after the World Cup break. After three consecutive wins to start Potter’s tenure, Chelsea took just two points from its next five matches and ended the pre-World Cup period with three straight defeats.

Chelsea’s quest to regain its place among the title chasers and Champions League qualifiers resumes on Tuesday against Bournemouth at Stamford Bridge. 14th-place Bournemouth was one of the teams getting an early start to games that count, losing 1-0 at Newcastle in the League Cup on Tuesday. Bournemouth’s last league game broke a four-game losing run with a 3-0 home win over 17th-place Everton.

Pulisic ranked among the top players in Qatar for progressive carries, with his game sharp as he returns to Chelsea. He played the second-half in the 1-0 loss at 3rd-place Newcastle in Chelsea’s final game before the World Cup break.

Potter will need to squeeze his roster for contributions thanks to a schedule that sees the club play five times in 13 days between the Premier League and the League Cup. The Premier League restart happens during the holiday period when games traditionally come thick and fast, and every team will be faced with difficult lineup choices.

Leeds United, under American manager Jesse Marsch, is relying on its young American stars, with the club in 15th position following a wild 4-3 loss to Tottenham in London before the break. They’ll resume the season on December 28th against Manchester City.

Marsch and company will face City without one of those young American stars. Tyler Adams was sent off against Spurs and will serve his one-match suspension for that match. The other American in Leeds’ starting lineup, Brenden Aaronson, will pick up his first Premier League season as one of the club’s most important attacking players. Through the first 14 games, Aaronson scored once and provided two assists.

The league’s Boxing Day schedule features 14 teams playing seven games, including a matchup that will pit Americans against one another in London. 9th-place Fulham, one of the Premier League’s early-season surprises, will face 11th-place Crystal Palace at Selhurst Park. Antonee Robinson and Tim Ream should be in the lineup for the Cottagers fresh after their trip to the World Cup. Ream played every minute for the Americans in Qatar, while Robinson was just a minute shy of the same achievement.

Palace’s Chris Richards has recovered from an injury. Richards officially returned to the field in a friendly against Real Valladolid on December 16th and will be available for selection by manager Patrick Vieira.

The restart is something of a new beginning for Richards. That also feels true for several clubs in the Premier League as well. There’s nothing to be done about how the first third of the season played out before the unique stoppage for a winter World Cup. Still, there’s plenty of season left and the break managed to revive hope for a strong season when all is said and done.