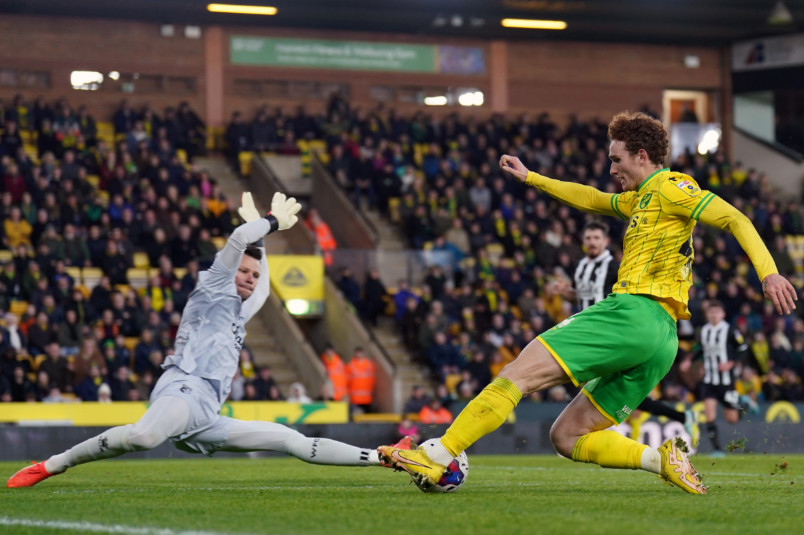 By Charles Boehm – WASHINGTON, DC (Jan 5, 2022) US Soccer Players – English soccer’s festive fixtures are drawing to a close. The traditional exhausting euphoria of the holiday period now shifts into the more regular grind of league action interspersed with cup competition and, for a lucky few, European campaigns. The autumn World Cup has made for a uniquely back-loaded calendar with many momentous matches in the next few months.

For the 15 USMNT players based in the country’s top two divisions, it’s a massive juncture both individually and for their teams. Here’s a few questions to ponder as the key races take shape in both the Premier League and Championship this winter.

Where are Chelsea and Norwich City headed?

Christian Pulisic’s Chelsea entered 2022-23 with the usual impetus to compete for trophies on multiple fronts. The 2015 and ’17 Premier League winners have finished outside the top four just twice in the past decade. Chelsea entered the new year in a frustrating 8th-place position. With the January window now open, ample transfer gossip of both the inbound and outbound sort swirls around the club. Revivals at Manchester United, Newcastle, and Matt Turner’s Arsenal have brought renewed competition at the top of the table.

At Norwich, there was real optimism of rebounding straight back into the Premier League following relegation in the spring. They achieved as much in their two most recent stints in the EFL Championship, finishing in 1st-place in the second flight in 2019 and 2021.

The Canaries raced out to a strong start due in no small part to Josh Sargent’s steady scoring, highlighted by a late-summer stretch of six goals in as many games. After spending more than a month in 2nd-place in the fall, things cooled off. A slide down the table contributed to the dismissal of manager Dean Smith on Dec. 27. Now they’re in 11th-place as they pause for a big third-round FA Cup test vs Blackburn Rovers.

Both the Blues and Canaries need some stability and to string together some positive results. Pulisic, who has started Chelsea’s three most recent matches, and Sargent are likely to be crucial to those hopes.

How long will Tim Ream keep this going?

2022 was something else for the center back from St Louis. Ream, Antonee Robinson, and their Fulham teammates topped the Championship in the spring and have since shown they belong back in the topflight. With Ream a constant and steadying influence, the Cottagers are currently running seventh with an attractive style of play and an impressive 8W-6L-4D record after 18 games. All that helped him vault into the USMNT’s starting XI at the World Cup, where he continued to excel en route to a nomination for US Soccer’s Male Player of the Year award.

He’s also earned a contract extension to summer 2024 at FFC, where he’s a fan favorite who often wears the captain’s armband. Ream even capped his re-signing with his first Premier League goal, scoring from close range in a Boxing Day win over Crystal Palace.

“It’s been an unbelievable year for him – collectively for us as a football club, and for him as an individual he’s been fantastic,” Fulham manager Marco Silva said. “He’s a great professional, a very good player, a really important player for me, a player that is leading by example.”

At the World Cup Ream spoke of “riding the wave” he was on, and he subsequently stated his plans to keep going with the USMNT as long as possible. In such fine form at age 35, he brings valuable veteran presence to both club and country.

Who can sustain their promotion pushes?

The annual fight to earn one of the Championship’s precious three promotion slots to the mighty Premier League is one of the most ferocious in European soccer. We’ve already discussed Sargent and Norwich, and this year’s race also has several other USMNT players involved. There’s only a seven-point difference between 3rd and 15th-place, it is shaping up as a wild ride.

Zack Steffen and Matthew Hoppe’s Middlesborough sit fifth in the standings, thanks to a dramatic fall revival. After early-season struggles and a coaching change, Boro has lost just once in league play since the end of October, and that was at leaders Burnley. That 7-1-1 stretch has FiveThirtyEight.com giving Middlesbrough a 23% probability to earn promotion and a 48% probability to qualify for the playoffs. Not bad for a team that not long ago was in the relegation places.

Ethan Horvath’s Luton Town has the same number of points as Boro, currently 7th in the table on tiebreakers. Paced by solid work from Horvath and his defensive colleagues, the Hatters have been tough to beat. They reached the promotion playoffs last season only to fall to Huddersfield Town in the semifinal round. With their last go-round in the top division predating the Premier League’s modern incarnation, Luton has yet to lay eyes on that promised land. Could this be their year?

Meanwhile, Daryl Dike has been powering a dramatic surge up the table for West Bromwich Albion. The Baggies are a stunning 7-1-0 in league play since he returned from injury in November, and are now in 9th-place after previously spending time at the foot of the table. With two goals and one assist in his last six matches, Dike has proven quite impactful in the Championship.

After so much time sidelined with an injury after joining Crystal Palace, defender Chris Richards now seems to be fully in the mix for significant minutes.

“It is good to have (Richards) back because he has been unlucky with injuries that he had. Now he is fully fit and I expect him to challenge the players we have at the back and to take part in what we try to do, and to help the team be more strong,” Crystal Palace manager Patrick Vieira said last month. “He has had a really good couple of weeks, played a couple of games and been doing really well in training.”

The Eagles are 12th in the Premier League, in midtable but not exactly comfortable, struggling to knit together extended runs of positive results. With just 17 goals in their first 17 league matches, the attack appears to be more of a concern than the defense, even if this week’s 4-0 home loss to Tottenham was an unsettling data point. Richards, who was on the bench for that one, has been working and waiting for his opportunity. Perhaps the coming weeks will provide it.

Will Leeds United climb away from the trap door?

The West Yorkshire club’s American coach Jesse Marsch and USMNT players Tyler Adams and Brenden Aaronson made them a prime focus of attention on this side of the Atlantic in 2022. With their skill and tenacity, Adams and Aaronson have proven their worth as they adapted quickly to life playing in England.

United’s last-gasp, last-day escape from relegation in May brought both exhilaration and relief. The urgent desire to avoid such drama in their third season back in the Premier League has dominated the first half of the current campaign. With Leeds now in 14th place, the club’s not quite where they’d like to be yet.

“The mentality to fight when our backs are against the wall is always there,” Marsch said after Leeds’ tense 2-2 comeback home draw with West Ham. “It’s got to be matched with the desire and the fearlessness to play real football, to play aggressive the way we want to, with and against the ball at all moments. And if we don’t figure that out and if we don’t get more of that from each individual, then every game will look a little bit like this.”