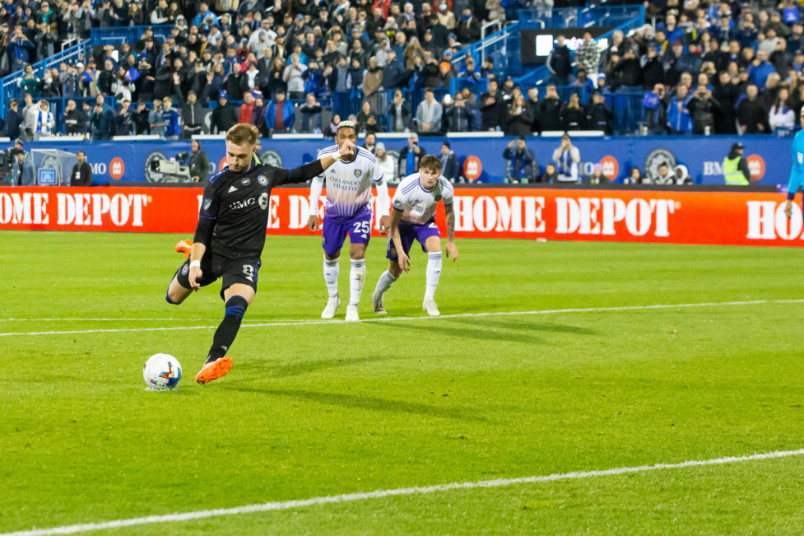 By Clemente Lisi – NEW YORK, NY (Jan 2, 2023) US Soccer Players – A new year means a change in uniform for many American players. Whether it’s a player going from MLS to Europe or those who have changed teams but are staying in Major League Soccer, there were lots of moves made in 2022 that could make an impact this year. MLS continues to generate talent as more Americans sign with European clubs. It’s something that has helped the USMNT grow, a trend that will only continue heading into the 2026 World Cup.

While Americans continue to make moves across Europe, MLS teams are making deals this winter, hoping to rebuild rosters and get competitive for the 2023 season that starts next month. Here’s a look at five American players who will debut for a new team in 2023.

The former Philadelphia Union attacking midfielder made his move to Eintracht following the 2022 MLS season. Aaronson will play with Eintracht Frankfurt once the Bundesliga resumes on January 20 following the winter break. Aaronson is part of a player development movement fostered by the Union’s academy system. He helped the USMNT’s Under-20 side qualify for the 2024 Olympics, playing two years in MLS before making the jump across the Atlantic. The Bundesliga has been a great nurturing ground for Americans the past few years, a sign that bodes well for Aaronson’s continued development.

The 24-year-old attacking midfielder has gone from Chicago Fire Homegrown Player to CF Montreal star to signing with Dutch side AZ Alkmaar. Mihailovic scored nine goals and six assists last season, which helped him secure a deal to play in the Eredivisie with that season resuming on January 7. Other Americans like Jozy Altidore and Aron Johannsson have played and excelled at AZ Alkmaar. The Dutch league is known for its high-scoring games, which bodes well for a player with the offensive skills Mihailovic possesses. He now joins Ricardo Pepi, who plays at Groningen, as high-profile Americans who play in the Netherlands.

Like Mihailovic, Slonina debuted in MLS as a Chicago Fire Homegrown Player who will now call Europe home. The 18-year-old goalkeeper is now officially a member of Chelsea, joining US star Christian Pulisic at the London club. There is plenty of precedent for American goalkeepers playing and succeeding in England. Slonina, who chose last year to play for the USMNT over Poland, has recently trained with Chelsea’s first team but could be loaned out in the coming months to gain further experience.

The 25-year-old defender spent five seasons at Real Salt Lake but will feature for CF Montreal starting this coming season. A former member of the US Under-23 team, Herrera signed as a Homegrown Player with RSL in 2017. Since then, Herrera recorded a goal and 19 assists in 124 regular-season games, a stretch highlighted by 11 assists in 2021. Herrera, a right back who was capped once by the USMNT, joins a Montreal side in transition after the Canadian club shed several key defenders, including Alistair Johnston who moved to Celtic. Herrera is very likely to be a starter in Montreal once the season gets underway.

A defensive midfielder who is a dual citizen of the United States and Colombia, Perea will play for the Union this coming season. The move to Philadelphia comes after the 22-year-old Perea spent three seasons with Orlando City SC. Also a member of the US U-23 squad with one senior cap, Perea has amassed three goals and three assists in 74 regular-season MLS games. Perea offers the Union reinforcements in midfield and adds an experienced player to their roster. He is the type of player who could end up making a difference for an established side like the Union, a team looking to reach the MLS Cup Final for a second straight year.

For players like Herrera and Perea, the new MLS season means playing before new fanbases and the potential for trophies in 2023. In fact, whether a player is based in Europe or MLS, this new year will again be another where American players hope to leave a mark.