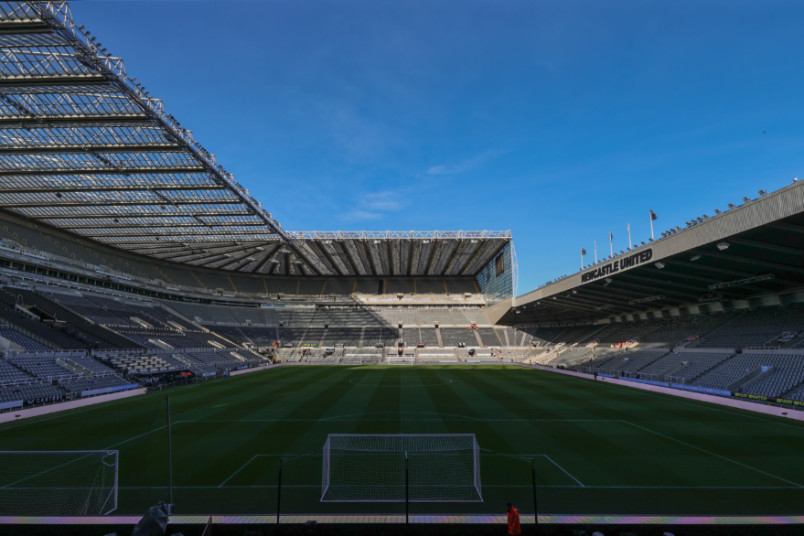 Monday’s soccer news has the USMNT players in Europe and Mexico roundup, starting in the Premier League where Tyler Adams and Brenden Aaronson’s Leeds United lost 2-1 at Aston Villa in the Premier League. Trailing from goals in the 3rd and 64th, United’s Patrick Bamford scored in the 83rd minute. Tim Ream’s Fulham lost 1-0 at Newcastle United to an 89th minute goal. Ream saw yellow in the 60th.

“We know that it’s always tough to come here and play,” Fulham manager Marco Silva said. “They are in a good moment like us, they are a really physical team, it’s not just their quality. Most of the moments we did well with that. Probably on the ball and some offensive transitions we should’ve done better, but we have to give credit to them as well.”

In the Championship, Daryl Dike’s West Brom won 3-2 at Ethan Horvath’s Luton Town. Carlton Morris scored for Luton in the 7th and Elijah Adebayo doubled the lead in the 10th. West Brom pulled a goal back through Dike in the 39th with Jayson Molumby equalizing in the 65th and Conor Townsend scoring in the 67th minute.

Lynden Gooch’s Sunderland lost 3-1 at home to Swansea City. Sunderland played a man down from the 18th after Luke O’Nien saw red, falling behind in the 50th minute. Sunderland’s Dan Neil equalized in the 64th, but Swansea went ahead in the 70th and scored again in the 78th minute. Zack Steffen’s Middlesbrough won 1-0 at home over Millwall with Marcus Forss scoring in the 54th minute.

Duane Holmes subbed out in the 76th minute of Huddersfield Town’s 1-1 draw at Hull City. Michal Helik put Huddersfield up in the 21st with Hull equalizing eight minutes into stoppage time. Holmes saw yellow in the 57th. Josh Sargent’s Norwich City won 4-0 at Preston North End. Teemu Pukki scored in the 13th and Kieran Dowell added goals in the 16th and 28th. Pukki scored again in the 69th minute.

In Sunday’s semifinal at Hampden Park, Malik Tillman subbed out in the 74th minute of Rangers’ 2-1 Scottish League Cup semifinal win over Aberdeen at Hampden Park. Christian Ramirez subbed on in the 90th minute for Aberdeen. Bojan Miovski put Aberdeen up in the 41st with Ryan Jack equalizing for Rangers in the 61st. Aberdeen went a man down three minutes into stoppage time when Anthony Stewart saw red. With the game in extra time, Kemar Roofe scored for Rangers in the 94th minute.

Luca de la Torre subbed on at halftime of Celta Vigo’s 1-1 home draw with Villarreal in La Liga. Down a goal from the 15th, Jorgen Larsen equalized for Celta Vigo in the 68th. In Ligue 1, Timothy Weah’s Lille beat Erik Palmer-Brown’s Troyes 5-1 at home. Mohamed Bayo put Lille up in the 16th with Jonathan David scoring in first-half stoppage time. Bayo made it 3-0 in the 47th, but Mama Balde pulled a goal back for Troyes in the 65th. Lille’s Alan Virginius scored in the 75th and David added a goal in the 88th.

Weston McKennie’s Juventus lost 5-1 at Napoli in Serie A, falling behind in the 14th and trailing 2-0 in the 39th. Juve’s Angel Di Maria scored in the 42nd, but Napoli added goals in the 55th, 65th, and 72nd minutes. Sergino Dest subbed on at halftime of AC Milan’s 2-2 draw at Lecce. Falling behind to a 3rd minute own-goal and a 23rd minute goal, Milan’s Rafael Leao scored in the 58th and Davide Calabria equalized in the 70th.

Ricardo Pepi’s Groningen lost 3-0 at home to Feyenoord in the Eredivisie to goals in the 19th, 30th, and stoppage time. In Belgium’s Pro League, Mark McKenzie’s KRC Genk won 1-0 at home over Zulte Waregem with Yira Sor scoring in the 10th minute.