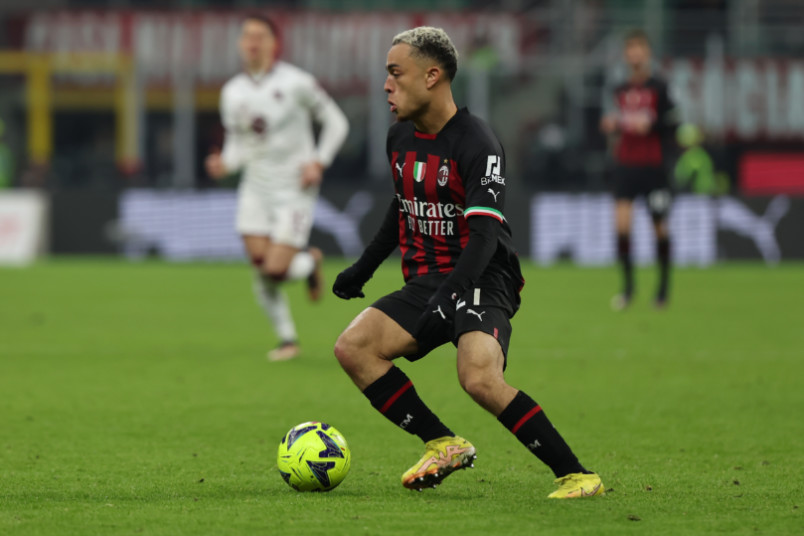 Thursday’s soccer news starts with Yunus Musah’s Valencia losing on penalties to Real Madrid in the Supercopa de Espana semifinals. Musah subbed out in the 95th minute. Real Madrid took the lead from a 39th minute penalty with Valencia’s Samuel Lino equalizing in the 46th. With that 1-1 score holding through extra time, Real Madrid advanced 4-3 on penalties with Valencia failing to convert on their second and fifth attempts.

“We were in it for the whole game,” Musah told his club’s official site. “I don’t know if we were the better side or not, but we can continue doing this if we did it against a team like Real Madrid. We were brave and we must also be like this in La Liga.”

Sergino Dest’s AC Milan exited the Coppa Italia in the round of 16, losing 1-0 at home to Torino in extra time. Milan played a man up from the 69th, but it was Torino scoring the game’s only goal in the 114th minute. Dest subbed out in the 111th minute.

“We were missing a bit of quality when it was 11v11,” AC Milan coach Stefano Pioli said. “Nevertheless, our performance was aggressive against a tough team. We fought hard and recovered a lot of balls, however our final ball was missing a bit of quality. The thing that didn’t work was our inability to take advantage of our numerical advantage by showing more composure and more of a sense of calm.”

Timothy Weah subbed on in the 83rd minute of Lille’s 0-0 draw at Brest in Ligue 1. Erik Palmer-Brown’s Troyes lost 2-0 at home to Marseille to goals in the 10th and 46th minutes.

Mark McKenzie’s KRC Genk lost 3-0 at home to Royal Antwerp in the Belgian Cup quarterfinals. Sam Vines wasn’t in the squad for Royal Antwerp. Vincent Janssen opened the scoring for Antwerp in the 3rd minute with Ritchie De Laet adding a goal in the 42nd. Michel-Ange Balikwisha finished off the Antwerp goals in the 50th minute.

Djordje Mihailovic subbed on in the 87th minute for AZ in their 4-1 win at Excelsior in the second round of the KNVB Beker. AZ took the lead from a 13th minute Jens Odgaard goal with Excelsior equalizing in the 32nd. Dani de Wit returned the AZ lead in the 35th with Jesper Karlsson scoring in the 39th. Vangelis Pavlidis scored AZ’s fourth goal in the 79th minute. On Tuesday, Richy Ledezma wasn’t in the squad for PSV’s 2-1 win at Sparta Rotterdam in the KNVB Beker. Xavi Simons put PSV up in the 34th and Noni Madueke doubled the lead a minute into first-half stoppage time. Sparta pulled a goal back in the 61st minute.

Later today, Fulham hosts Chelsea (3pm ET – Peacock) in a version of the London derby where it’s Tim Ream and Antonee Robinson’s club in 7th-place and three points ahead of 10th-place Chelsea. There are caveats. Fulham has 28 points on 18 games played to Chelsea’s 25 points from 17 games. Fulham is tied with 6th-place Liverpool, but it’s Liverpool with a game in hand and both teams trail 5th-place Spurs by five points.

“When you analyse them, we are not analyzing the last eight results,” Fulham manager Marco Silva said. “We are analyzing Chelsea as a whole, as a team, what they can do or not. More than that we are focused on ourselves, which we are doing from the first day. Even with some injuries as well, and even without a full squad as well, they are always Chelsea. That is clear.”

Chelsea manager Graham Potter updated USMNT player Christian Pulisic’s injury suffered early in last Thursday’s Premier League game against Manchester City, saying “Christian’s going to be out for a couple of months we think. Hopefully it will be less….”