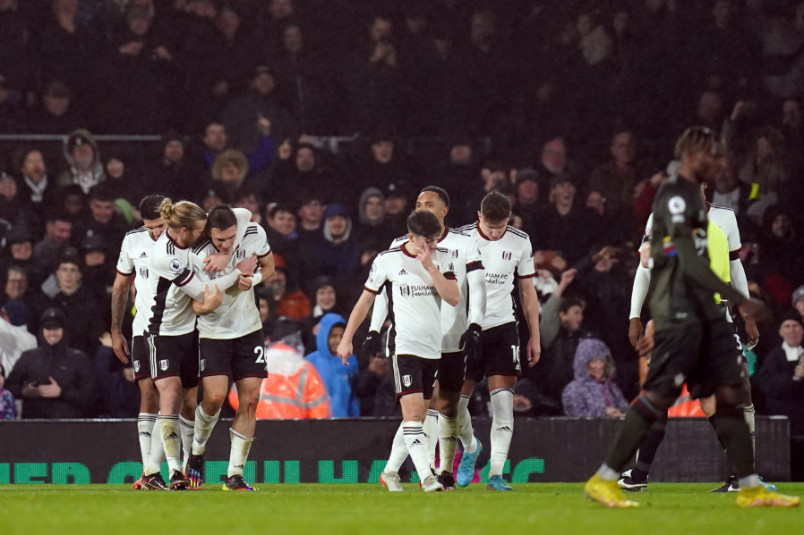 Monday’s soccer news starts with the USMNT players in Europe roundup, specifically with the Premier League. Tim Ream and Antonee Robinson’s Fulham beat Southampton 2-1 at home with an own-goal putting Fulham up in the 32nd minute. Southampton equalized in the 56th, but Joao Palhinha returned Fulham’s lead in the 88th minute.

“It’s our moment now to have a great goal to decide the game as unfortunately for us, in both Manchester games we lost in the last minute but today it was for us,” Fulham head coach Marco Silva said. “I think we deserved the three points, even if we didn’t perform at our best level.”

Tyler Adams and Brenden Aaronson’s Leeds United drew 0-0 at Newcastle United. Christian Pulisic subbed out in the 87th minute of Chelsea’s 1-1 draw at Nottingham Forest. Chelsea took the lead from a 16th minute Raheem Sterling goal with Forest equalizing in the 63rd.

“Overall when the game was controlled for us in the first-half, I didn’t think we did well enough,” Chelsea manager Graham Potter said. “Our performance level wasn’t good enough in terms of we didn’t move the ball fast enough, didn’t have enough movement. You have to credit the opponent in both halves. In the first-half, they defended deeper and attacked big spaces and in the second-half when it became a bit more uncontrolled, we suffered as well.”

Josh Sargent’s Norwich City drew 1-1 at home with Reading in the Championship, taking the lead from a 53rd minute Adam Idah goal. Reading equalized from the penalty spot in the 83rd. Duane Holmes subbed out in the 73rd minute of Huddersfield Town’s 2-1 loss at Ethan Horvath’s Luton Town. Holmes put Huddersfield up in the 25th. Luton equalized in the 43rd and went ahead in the 84th minute.

Luca de la Torre subbed on in the 65th minute of Celta Vigo’s 1-1 home draw with Sevilla in La Liga. Gabri Viega scored for Celta Vigo in the 33rd with Sevilla equalizing in the 54th. Sevilla went a man down in the 86th. Yunus Musah subbed out in the 57th minute of Valencia’s 2-1 loss at Villarreal. Edinson Cavani scored for Valencia in the 21st with Villarreal equalizing in the 45th and scoring again in the 88th minute. Musah saw yellow in the 35th.

Premier League on USA: Arsenal vs Newcastle at 2:45pm. Super Lig on beIN Sport: Antalyaspor vs Fenerbahce at 12pm ET.