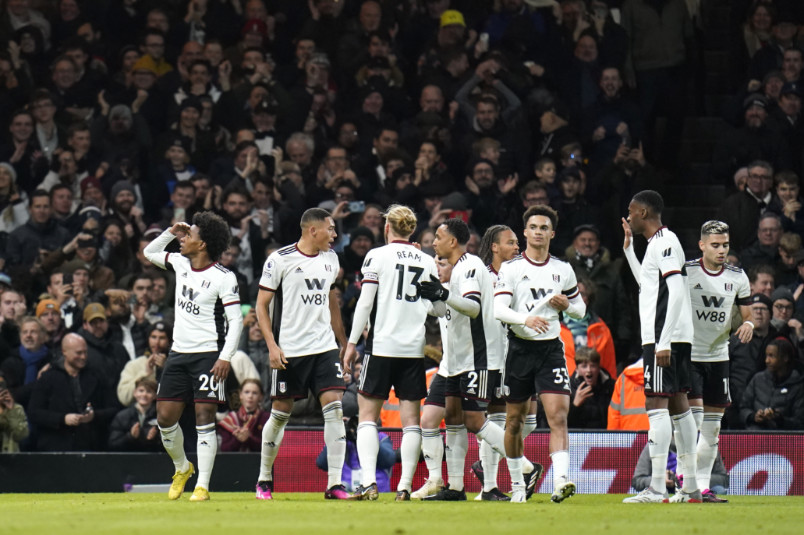 Friday’s soccer news starts with Tim Ream and Antonee Robinson’s Fulham beating Chelsea 2-1 at home. Willian put Fulham up in the 25th with Kalidou Koulibaly equalizing in the 47th. Fulham played a man up from the 58th when Chelsea’s Joao Felix saw red in the 58th, with Carlos Vinicius scoring in the 73rd. Robinson saw yellow in the 9th minute.

“We took five to ten minutes to adjust and to control the position of Joao Felix and Mason Mount a bit better between the lines,” Fulham manager Marco Silva said. “After that I think we started to balance the game out more and it was a good first-half. We had chances and we embraced the challenge.”

Moving to the KNVB Beker second round, Ricardo Pepi’s Groningen lost 3-2 at home to Spakenburg. Trailing 3-0 to a 10th minute goals and penalties in the 32nd and 69th, Groningen’s Damil Dankerlui scored in the 77th and 84th minutes.

With FIFA conducting the draw for the 2022 Club World Cup in Morocco, Seattle will get the winner of the opening round game between Al Ahly and Auckland City three days after those teams open the tournament on February 1. Seattle plays on February 4 with the winner advancing to face Real Madrid on March 8. Al Ahly is the question on Seattle’s side of the bracket, getting a place in the tournament as CAF Champions League runner-up in what is supposed to be the host country’s spot after Morocco’s Wydad Casablanca won the CAF Champions League. That raises the level of difficulty with a bracket that always separates the UEFA and CONMEBOL champions.

Later today, Tyler Adams and Brenden Aaronson’s Leeds United is in action at Aston Villa (3pm ET – USA) with Leeds in 14th-place on 17 points, five points behind 11th-place Villa with a game in hand. Leeds has two points from three games since the World Cup break, losing at home to Manchester City and then drawing at Newcastle and with West Ham. Aston Villa lost to Liverpool, won at Spurs, and drew with Wolverhampton over that same run of games.

“That’s one of the things that has been the most difficult is to really jump-start development as a group,” Leeds manager Jesse Marsch said. “I think there’s a lot of individuals that have grown a lot throughout the process, but as a group it’s still hasn’t come together the way that I would like. The lack of consistency from match-to-match, and in-match, what a second-half and a first-half can look like or vice-versa. It means that we’re not able to really push this the way that I would want so that we don’t have to talk about the table.”

Weston McKennie’s Juventus is at Napoli (2:45pm ET – Paramount+) with Napoli seven points ahead of 2nd-place Juventus at the top of the table. While cutting into a lead is always important, Juventus is tied on points with 3rd-place AC Milan with both clubs only three points ahead of Inter Milan.

Saturday has the Premier League on USA: Manchester United vs Manchester City at 7:30am and Everton vs Southampton at 10am. NBC has Brentford vs Bournemouth at 12:30pm.

La Liga on ESPN Deportes: Real Valladolid vs Rayo Vallecano at 8am, Girona vs Sevilla at 10:15am, Osasuna vs Mallorca at 12:30pm, and Real Sociedad vs Athletic at 3pm. Super Lig on beIN Sport: Konyaspor vs Besiktas at 8am. Ligue 1 on beIN Sport: Lens vs Auxerre at 11am, Marseille vs Lorient at 1pm, and Lyon vs Strasbourg at 3pm. Primeira Liga on GolTV: Rio Ave vs Pacos de Ferreira at 1pm and Braga vs Boavista at 3:30pm.

Liga MX on Univision: Cruz Azul vs Monterrey at 6pm and Toluca vs Club America at 8pm. FS2 has Juarez vs Tijuana at 8pm and Santos Laguna vs UNAM Pumas at 10pm.

Sunday has the Premier League on USA: Chelsea vs Crystal Palace at 9am.

Ligue 1 on beIN Sport: Lille vs Troyes at 7am, Reims vs Nice at 9am, Monaco vs Ajaccio at 11am, and Rennes vs PSG at 2:45pm. La Liga on ESPN Deportes: Getafe vs Espanyol at 8am and Almeria vs Atletico Madrid at 10:15am. Primeira Liga on GolTV: Benfica vs Sporting at 1pm and Porto vs Famalicao at 3:30pm. Supercopa de Espana final on ABC: Real MAdrid vs Barcelona at 2pm.

Liga MX on TUDN: Tigres vs Pachuca at 8pm.

Monday has La Liga on ESPN Deportes: Cadiz vs Elche at 3pm. All Times Eastern