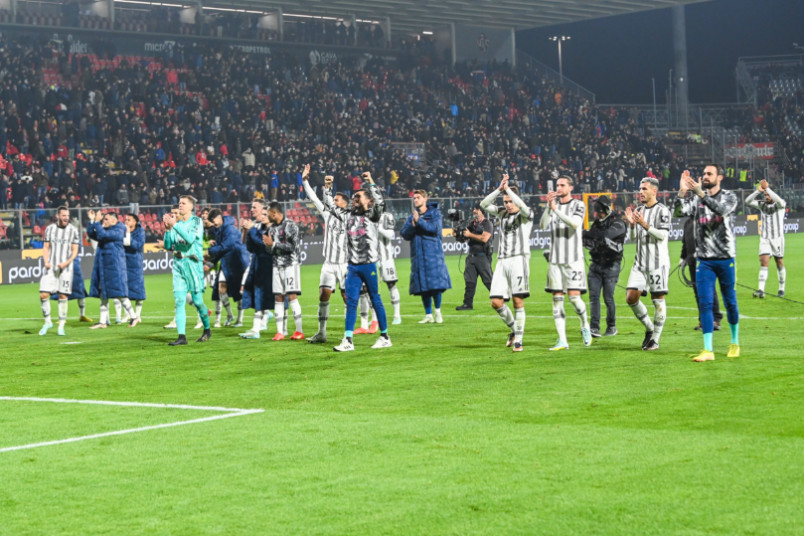 Thursday’s soccer news starts with the return of the USMNT players in Serie A, where Sergino Dest subbed on in the 84th minute for AC Milan’s 2-1 win at Salernitana. Rafael Leao scored for Milan in the 10th and Sandro Tonali made it 2-0 in the 15th. Salernitana pulled a goal back in the 83rd minute.

“It was definitely a complicated game, but I didn’t expect an easy ride,” Milan coach Stefano Pioli said. “After a great start, we could have made it easier. We lacked extra determination and luck to score a third goal and kill the game off after creating plenty of chances. What I saw was positive after a 50-day break, which is a long time.”

Weston McKennie subbed on in the 67th minute of Juventus’s 1-0 win at Cremonese. Arkadiusz Milik scored the Juve goal a minute into stoppage time.

“We knew this was going to be a tricky match because Cremonese run hard and harry you constantly,” Juventus coach Massimiliano Allegri said. “They’re well drilled and very physical too, so the lads deserve credit for this result. We made lots of mistakes in the first half but it wasn’t easy to get straight back into our stride after 52 days. There were lots of unknowns. We did better in the second half and might have scored before we did but it’s another small step forward as we’ve stretched our lead over the fifth-placed team.”

In the Premier League, Tyler Adams and Brenden Aaronson’s Leeds United drew 2-2 at home with West Ham. Aaronson subbed out in the 63rd minute. Leeds took the lead in the 27th minute from a Wilfried Gnoto goal with West Ham converting a 45th minute penalty and scoring again in the 46th. Rodrigo equalized for Leeds in the 70th.

“In the first-half, if we were better, we could’ve commanded the game more, Leeds United manager Jesse Marsch said. “And when we got the lead, if we were clearer and sharper and cleaner and more confident, we could’ve expanded on the lead and take control of the match, but we make a series of bad decisions on the ball that invites them back in the match.”

Chris Richards was on the bench for Crystal Palace for their 4-0 home loss to Spurs, with the goals in the 48th, 53rd, and 68th, and 72nd minutes. Crystal Palace is in 12th-place in the Premier League table with 22 points from 17 games, tied on points with 11th-place Aston Villa but with a game in hand.

Moving to MLS, USMNT defender Aaron Long is now a member of LAFC after leaving the Red Bulls via free agency. “Aaron is among the top central defenders in MLS and the U.S. National Team pool, and we are incredibly excited he has chosen to come to LAFC,” LAFC GM John Thorrington said in the press release announcing the move. “We are confident that Aaron’s ability and experience will prove to be an important part of our continued success as a club.”

La Liga on ESPN Deportes: Elche vs Celta Vigo at 12:30pm and Valencia vs Cadiz at 3pm. Primeira Liga on GolTV: Benfica vs Portimonense at 2pm. Liga MX on TUDN: Necaxa vs San Luis at 8pm ET.