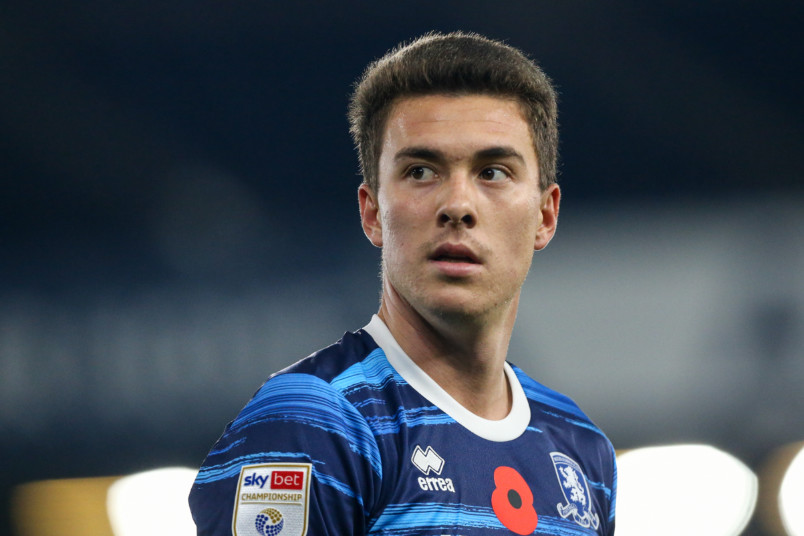 By Charles Boehm – WASHINGTON, DC (Jan 19, 2022) US Soccer Players – Ready or not, the USMNT’s next World Cup cycle officially begins this week as the 2023 January camp convenes in Carson, California. Early analysis of the road to 2026 has centered on the likely absence of a qualification process, part and parcel of co-hosting that tournament alongside Canada and Mexico. That’s often seen as a mixed blessing in light of the accompanying need to replace that challenge with competitive match action elsewhere.

There will be annual Concacaf Nations Leagues and Gold Cups in the odd years. Another tournament arleady on the schedule this cycle is the 2024 Summer Olympics.

Last year’s triumph at the Concacaf U-20 Championship booked US participation in both the 2023 FIFA U-20 World Cup in Indonesia in May and June and the Summer Games in Paris next summer. That achievement broke a qualifying drought for the Under-23s, the previous route to the Olympics. Without the usual gauntlet of a Concacaf Hexagonal or Octagonal road, it may also prove a crucial proving ground for the younger members of the player pool.

That’s reflected in this month’s roster, released on Wednesday. While the five veterans of the 2022 World Cup provide some continuity and institutional memory, eight of the names on USMNT assistant coach Anthony Hudson’s 24-player list are Olympic age-eligible born on or after Jan. 1, 2001.

Gaga Slonina has been released for this camp by Chelsea a matter of weeks after he arrived at the London giants via his big transfer from the Chicago Fire. Still just 18, the goalkeeper is likely in the mix for both the Olympics and the U-20 World Cup. In both cases, competing for minutes with his former Fire teammate Chris Brady, who backstopped the U-20s during that team’s qualifying tournament, could be quite a useful test for the duo.

Young left backs Jonathan Gomez (19) and John Tolkin (20) have shown well in their professional careers and will now stake their claims for a rise to the first team at international level. Given that the incumbent at their position, Antonee “Jedi” Robinson, played all but a minute of the ’22 World Cup campaign, it suggests a promising future for depth at a spot that’s often challenged USMNT coaches over the years.

Jalen Neal is one of the camp’s most interesting selections. The 19-year-old center back anchored the U-20s last year and was one of the most accurate passers at the Concacaf tournament. The LA Galaxy academy product has been a USL Championship regular the past three years, though he has yet to make his MLS debut since joining the Galaxy’s first team at the start of 2021. It’s a compliment to him that he’s been asked to stay at Dignity Health Sports Park this month instead of joining the US U-20s’ concurrent camp in Florida.

Aidan Morris, 21, is one of the most impressive young homegrown central midfielders in MLS. A surprise standout when the Columbus Crew won MLS Cup 2020 in his rookie season, he lost nearly all of the following season to a torn ACL suffered in an early Concacaf Champions League match. He quickly climbed from strength to strength when he returned in ’22, offering a combination of precision and tenacity in the engine room.

Paxten Aaronson and Cade Cowell have been two of Major League Soccer’s brightest attacking prospects of late. Aaronson completed a seven-figure move from Philadelphia Union to Eintracht Frankfurt this winter, while Cowell has long been linked with overseas interest. Aaronson offers creative vision along with the willingness to press, while Cowell’s speed and power makes him a handful on and off the ball in wide areas.

Both Matthew Hoppe and Paxton Pomykal have already appeared at full international level and should be able to hit the ground running in camp this month. Now at Middlesbrough, Hoppe hasn’t quite broken through to consistent playing time at his last two club destinations after making a name for himself as a striker in Germany with Schalke. He did good work out wide for the USMNT in the 2021 Gold Cup. In Pomykal’s case, frustrating bouts with injuries have disrupted his progress. This year he’s eyeing a renaissance at FC Dallas, where he benefits from playing the #8 role in a system similar to what the USMNT has used most often lately.

The United States is one of the first nations to book their place at Paris ’24, along with fellow North American representatives the Dominican Republic and hosts France. Regardless of who else qualifies over the next 12-15 months, with only 16 participants, it’s almost always a high level of play on a uniquely global stage. That makes it ideal as a collective experience and measuring stick two years out from the World Cup.

For the time being, the men’s Olympic event remains excluded from FIFA’s list of events mandating clubs to release their players. Yet even if the coaching staff doesn’t obtain every call-up they’d like to have at that point, there’s already the makings of a potent squad. Consider that recent USMNT members like Gianluca Busio, Yunus Musah, Ricardo Pepi, Gio Reyna, Joe Scally, and Malik Tillman also are age-eligible for it. Those putting in work in Carson this month are surely hungry to show why they deserve to be in that mix, too.