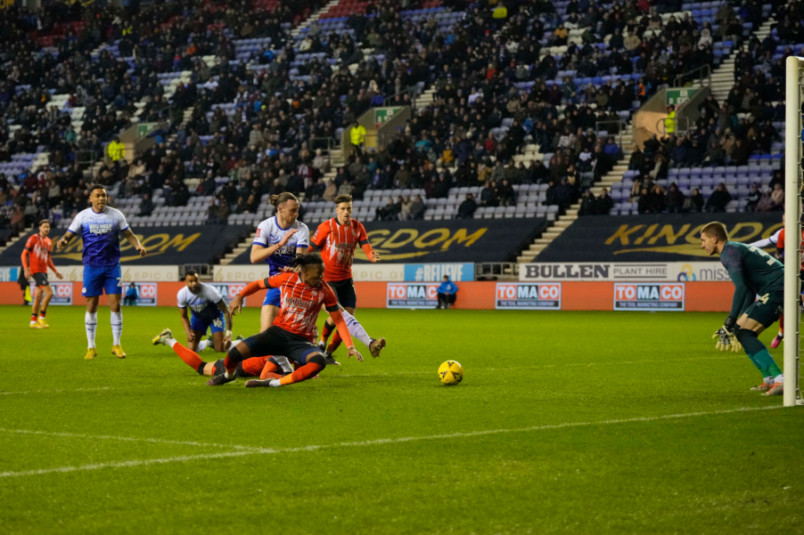 Wednesday’s soccer news starts in the Belgian Pro League where Mark McKenzie’s KRC Genk won 3-2 at Westerlo. Bryan Reynolds wasn’t in the squad for Westerlo. Aziz put Genk up in the 7th and Joseph Paintsil doubled the lead in the 24th. Westerlo’s Maxim De Cuyper converted a penalty in the 53rd and Thomas Van Den Keybus equalized in the 55th. Daniel Munoz scored Genk’s third goal in the 64th minute. Genk leads the Pro League by ten points with 55 points from 21 games played. Westerlo is in 7th-place with 30 points from 21 games.

“It was a game I thought we had lots of control in,” Luton Town manager Rob Edwards said. “We were expecting that, I thought we started really well, had one or two big chances and then struggled to create. We started the second half in very strange fashion, they scored a great goal but it was poor from our point of view but we showed loads of character to come back quickly and ultimately keep going to find a winner.”

Daryl Dike wasn’t in the squad for West Brom, advancing 4-0 at home over Chesterfield. John Swift put West Brom up in the 23rd and Tom Rogic doubled the lead in the 48th. Jake Livermore made it 3-0 in the 54th and Jovan Malcolm finished off the scoring a minute into stoppage time. West Brom is at Bristol City on January 28.

“The team achieved the target that we set out to achieve,” West Brom manager Carlos Corberan said. “We had a responsibility to get through to the next round and thankfully we did that.”

Moving to today’s games, Yunus Musah’s Valencia is at Sporting Gijon in the Copa Del Rey round of 16. “Right now we have a way of working, of not being afraid, playing with enthusiasm as we played against Real Madrid, Valencia coach Gennaro Gattuso said. It’s the way forward.”

Sergino Dest’s AC Milan plays Inter Milan in the Supercoppa Italiana, the game between the league and Coppa Italia winners. “The fact that there is a trophy to play for increases the importance of the game, and as a result we need to raise our game,” AC Milan coach Stefano Pioli said.

Scotland’s Premiership is also in action, with Cameron Carter-Vickers’s Celtic at St Mirren. “For us, it’s again about just making sure we continue with the conviction of our football, and the way we start games is important, particularly at home,” Celtic manager Ange Postecoglou said. James Sands and Malik Tillman’s Rangers are at Kilmarnock, nine points behind 1st-place Celtic.

beIN Sport has the PSG vs Riyadh All Star XI friendly at 12pm ET.