USMNT players have a history at Sunderland, with Claudio Reyna and Jozy Altidore both playing for the club. Now, it's USMNT defender DeAndre Yedlin joining The Black Cats on loan from Spurs for the 2015-16 Premier League season. For Yedlin, it's been a busy 2015 officially moving from the Seattle Sounders to Spurs in January and making the loan move to Sunderland on the last day of the 2015 summer . . .

In a move that caught a lot of USMNT by surprise, striker Aron Johannsson transferred from AZ Alkmaar in the Dutch Eredivisie to Werder Bremen in Germany's Bundesliga shortly before the start of the 2015-16 season. What awaits Johannsson with his new club? Here's what you need to know as we had to this weekend's start to the season with games available on Fox Sports. Why Werder Bremen for Aron . . . 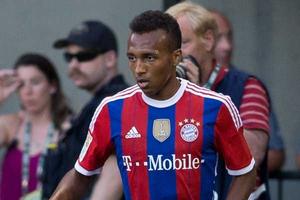 USMNT forward Julian Green will spend the 2014-15 Bundesliga season on loan to Hamburg SV. The move is about playing time, with Green behind several world class players at Bayern Munich. Here's what you need to know about Hamburg SV. Why Hamburg for Julian Green? Take a look at the squad list for Bayern Munich. You'll see that Bayern helped itself to proven Bundesliga scorers Claudio Pizarro and . . . 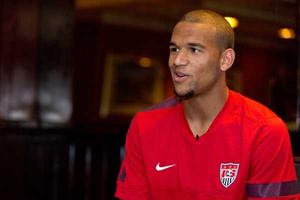 Though there's the rest of the current 2013-14 Bundesliga season left to play, USMNT defender Fabian Johnson got a jump on the summer transfer season. Johnson's club starting in 2014-15 is Borussia Monchengladbach, with Gladbach announcing on February 24th that Johnson has signed a four-year deal starting this summer. Early announcements of future plans aren’t rare in the Bundesliga, with clubs . . .

USMNT player John Brooks plays his club soccer with Hertha Berlin. Here's what you need to know about pro soccer in Germany's capital, and why it's not what you might think. Brooks's Berlin John Brooks grew up in Berlin, signing with Hertha BSC as a youth player and playing in the reserves before breaking into the senior squad in 2012. With US citizenship, he made the decision to play with the . . .

USMNT midfielder Jermaine Jones made it clear that he intended to play the rest of the 2013-14 European season somewhere other than Schalke 04. In the final week of the January transfer window, Schalke agreed to end his contract with the club and allow his short-term move to Besiktas. Jones joins the Black Eagles as they push to be the top team in Istanbul while counting down the months to opening . . .

USMNT player Juan Agudelo had an interesting weekend, completing a move to Premier League club Stoke City who then loaned him to FC Utrecht in the Netherlands. The reason for the move is something now familiar to American soccer fans, the lack of a British work permit. From New England, to Stoke, to Utrecht The link between Juan Agudelo and a move to a European club has been ongoing since midway . . .

US National Team player Jonathan Bornstein's loan to Atlante in 2014 gives him a new opportunity in Liga MX. Here's what you need to know about the Mexican club most associated with a popular vacation destination. From Tigres to Atlante Jonathan Bornstein is on loan with Atlante from Tigres, with an opportunity to become a regular at a club that struggled in the 2013 Apertura. With the 2014 . . .