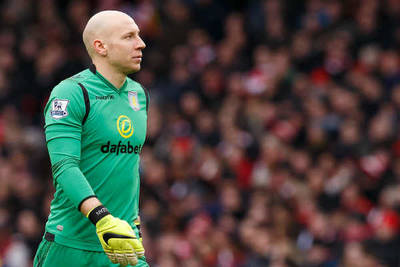 Brad Guzan was the only USMNT player active in the Premier League over the weekend, losing 5-0 to Arsenal on Sunday. Aron Johannsson scored in AZ's win in the Eredivisie as we roundup the results for USMNT players. The Bundesliga also resumed its season following their winter break. Brad Guzan and Aston Villa had a tough time against Arsenal, shutout 5-0 at the Emirates Stadium. Arsenal scored in . . . 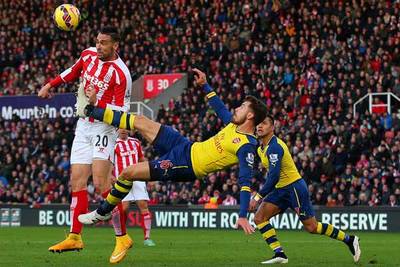 USMNT player Geoff Cameron had a good weekend in the Premier League. That's what happens when Stoke City beats Arsenal. Jozy Altidore started for Sunderland who split the points with Liverpool in a scoreless draw. It was bad news for the USMNT in the 2.Bundesliga with Terrence Boyd injured with what was later diagnosed as a torn ACL. The early prognosis is a lengthy recovery. In Ligue 1, Alejandro . . .

Hey, there's no arguing with a result. Well, unless it's the Community Shield and you're trying to argue that it applies to the upcoming Premier League season. Arsenal might not be as good as Manchester City over the course of the 2014-15 season, and a 3-0 Community Shield win means... well... uhm. Arsenal manager Arsene Wenger stressed the importance of winning in his postgame comments, and . . .

I know what you're thinking. Mysterious Corner Ratings person/people, we're one game into the season and you're already joining with the rest of the soccer world and piling on Arsenal? 'Look,' you rhetorically continue, 'everybody gets it. They didn't buy any new players.' Indeed, and there's more. They also didn't do the type of tactical overhaul that would put effort behind all of those words . . .

Monday's soccer news starts with resisting the urge to overplay what happened to Chelsea a man down at home to West Brom. Setting that 5-2 loss aside shifts the focus to Liverpool shutting out Arsenal 3-0 at the Emirates Stadium. Specifically, Liverpool pouring on the goals late. Diogo Jota opened the scoring in the 64th with Mohahmed Salah doubling the lead in the 68th. Jota scored again in the . . . 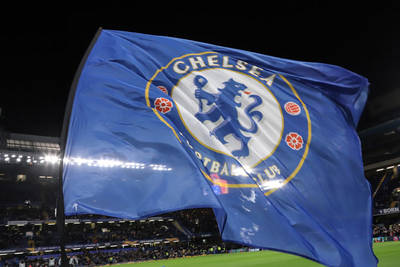 Monday's soccer news starts with the foregone conclusion that is Liverpool winning the 2019-20 Premier League. Beating Manchester United 2-0 at Anfield while Manchester City drew 2-2 at home against Crystal Palace extends Liverpool's lead to 16 points. Barring a slump that seems every bit as unlikely as Manchester City or Leicester City taking advantage of it, Liverpool might as well go ahead and . . .

The soccer news starts with Arsenal following up their 3-0 League Cup final loss to Manchester City on Sunday by preparing to play Manchester City in the Premier League on Thursday. That quirk of overlapping schedules would appear to mean problems for Arsenal manager Arsene Wenger. "When you lose a game like that everything is questioned - the players, the team, the personalities,” Wenger said. . . . 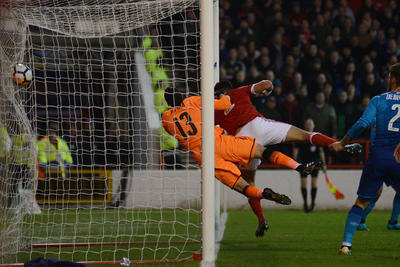 The USMNT players in England and Mexico roundup starts with a massive result for Eric Lichaj and Nottingham Forest. Lichaj scored twice in Forest's 4-2 win over Arsenal to advance from the Third Round of the 2017-18 FA Cup. Lichaj opened the scoring in the 20th minute at The City Ground. Arsenal equalized in the 23rd. It was Lichaj again for Forest in the 44th with Ben Brereton converting a . . .

Monday's soccer news starts with Arsenal not getting the ending they wanted to the 2016-17 Premier League season. Needing a win and help on the final match day, they handled their business with a 3-1 win over Everton at the Emirates Stadium. Unfortunately for their last ditch effort to qualify for the Champions League, so did Liverpool. A 3-0 shutout of Middlesbrough means its Liverpool finishing . . . 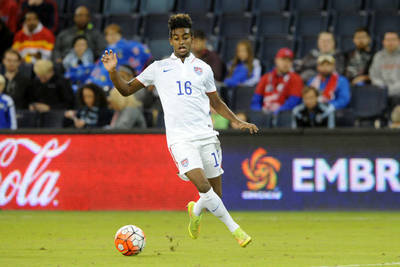 By Charles Boehm – WASHINGTON, DC (Jul 7, 2016) US Soccer Players - In 2003 Danny Karbassiyoon turned every young player's dream into reality, rising from youth-soccer obscurity in little Roanoke, Virginia to earn a professional contract with Arsenal FC as a teenager. Karbassiyoon signed during the English powerhouse's iconic “Invincibles” era, no less. Injury brought his own playing days to a . . .