It took penalties to decide the 2013 MLS Cup. In cold conditions at Sporting Park, RSL's Kyle Beckerman set up Alvaro Saborio for the game's opening goal in the 52nd minute. Kansas City's Aurelien Collin headed in an equalizer in the 76th, with that score holding through regulation. In overtime, Sporting Kansas City had a penalty appeal waived off and RSL thought they'd won the Cup with a 105th . . . 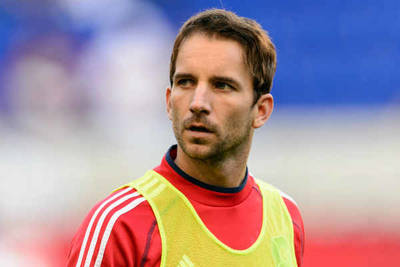 Chicago Fire forward Mike Magee is the MLS Most Valuable Player for 2013, Major League Soccer announced on Thursday. Magee joined the club on May 25th in a trade from the Los Angeles Galaxy. He finished ahead of former Galaxy teammate Robbie Keane in the voting. Magee won two Player of the Month awards and one Player of the Week award in 2013, finishing the season with 21 goals. MLS MVP . . .

New England Revolution defender Jose Goncalves is Major League Soccer's Defender of the Year, almost dominating the club and media voting to win the award. Goncalves joined the Revs from Swiss club FC Sion and played every minute of the 2013 season. Also announced on Tuesday, Hilario Grajeda wins MLS Referee of the year and Kermit Quisenberry is the Assistant Referee of the Year. . . . 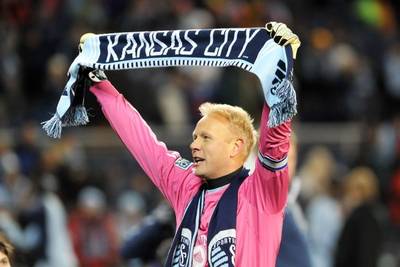 Sporting Kansas City beat Houston 2-1 on Saturday night in the second-leg of their Eastern Conference finals series to advance to the 2013 MLS Cup 2-1 on aggregate. Houston's Boniek Garcia opened the scoring in the 3rd minute in below freezing temperatures at Sporting Park. C.J. Sapong equalized for Sporting in the 14th and Dominic Dwyer scored their winner in the 63rd minute. "First, credit to . . .

(Nov 11, 2013) US Soccer Players - Major League Soccer's 2013 Conference final first-legs kicked off over the weekend with Houston and Sporting Kansas City finishing scoreless in the East in a game available on national television. Both teams put three of their shots on frame with Sporting taking 15 to Houston's 10. The series resumes in Kansas City on November 23rd. "It was definitely not a . . .

Real Salt Lake knocked out defending MLS Cup champions Los Angeles as the Western Conference semifinals concluded on Thursday. Entering the second-leg down 1-0, RSL's Sebastiean Velasquez equalized on the night in the 35th minute. With appeals for a Salt Lake stoppage time winner unanswered by the referee, the game became the third playoff series to need extra time. Chris Schuler scored for RSL in . . . 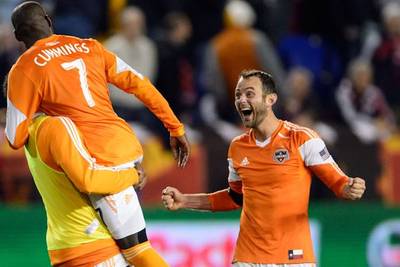 Both of the Eastern Conference semifinals series needed extra time to determine a winner on Wednesday night. Houston advanced over New York with a 4-3 aggregate win. Entering the second-leg tied 2-2, the Red Bulls took the lead with a 23rd minute Bradley Wright-Phillips goal. Houston's Brad Davis equalized in the 36th and that score held through regulation. Omar Cummings scored the Dynamo's winner . . . 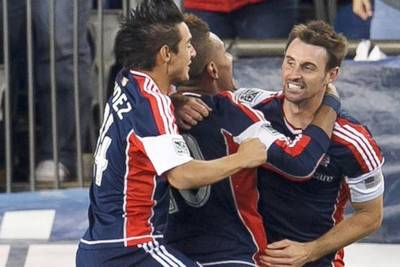 (Nov 4, 2012) US Soccer Players - We start in the Eastern Conference with New England taking a surprise first-leg lead over Sporting Kansas City with a 2-1 win at Gillette Stadium. Andy Dorman opened the scoring in the 55th minute with Kelyn Rowe doubling the lead in the 67th. Aurelien Collin scored in the 69th. The series concludes on Wednesday in Kansas City. "It’s a big goal for us to . . .