By Charles Boehm – WASHINGTON, DC (Dec 10, 2015) US Soccer Players - Major League Soccer has a “but” problem. Whether you're pleased or peeved with what's happening in North America's top-tier professional league, whatever it may be, there's always a catch. Don't believe me? Just try it. MLS survived so much to emerge from its second decade of existence in good health and bright spirit. BUT... . . .

By Clemente Lisi – NEW YORK, NY (Dec 7, 2015) US Soccer Players – This year’s MLS Cup Final between Columbus Crew SC and Portland Timbers featured two not-so-glamorous sides. No big market teams like the New York Red Bulls or Los Angeles Galaxy. No world-famous, pricy Designated Players to show off to a national audience. Instead, what we got were two smaller market teams (with very rabid fan . . .

The Portland Timbers are the 2015 MLS Cup champions, beating the Columbus Crew 2-1 at MAPFRE Stadium. Portland's Diego Valeri took advantage of a goalkeeping mistake in the opening minute to make it 1-0 Timbers. Valeri would go onto win MLS Cup MVP honors. Rodney Wallace would capitalize on another Columbus miscue in the 7th minute, continuing his run while the Crew argued the ball went out of . . . 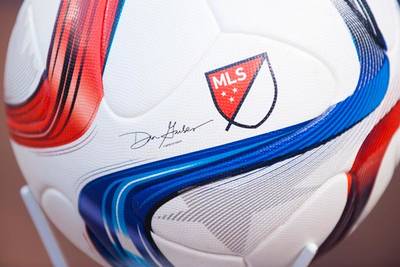 By Jason Davis – WASHINGTON, DC (Dec 4, 2015) US Soccer Players - MLS commissioner Don Garber was on your TV this week, nominally spreading the word about Major League Soccer’s 20th championship game, set for Columbus, Ohio on Sunday. The game pits the hometown Crew, a team that has the league’s co-leader in goals scored in 2015, against the Portland Timbers, a side that boasts a newly minted US . . .

In Friday's soccer news update, MLS saved the 2015 Goal of the Year for after the MVP for some reason, awarding it to Sporting Kansas City's Krisztian Nemeth. Since there was only one game involving a USMNT player yesterday, we're going to go ahead and add that to the update as well. Danny Williams got the start for Reading in their 1-0 loss to QPR. The game's only goal came late, with Nedum . . .

By Jason Davis – WASHINGTON, DC (Dec 2, 2015) US Soccer Players - When Columbus Crew SC lines up against the Portland Timbers with the MLS Cup title on the line Sunday at MAPFRE Stadium, the similarities between the two teams will be obvious. Both have young American coaches with strong tactical philosophies. Both have speedy wingers capable of changing games on their own. Both have Argentinian . . .

Major League Soccer named Toronto FC forward Sebastian Giovinco the 2015 Landon Donovan Most Valuable Player award on Wednesday, with Giovinco taking most of the MVP votes from club, media, and players. Giovinco finished ahead of Columbus Crew forward Kei Kamara and Sporting KC midfielder Benny Feilhaber. The win is a first for a Toronto FC player. Kamara's first season in MLS saw him lead the . . . 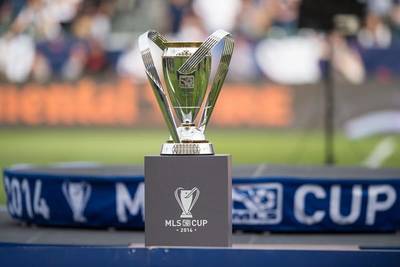 Congrats to Columbus, outplayed us and deserve to advance. To our fans, can only say sorry. We failed in the biggest moment, simple as that. — Dax McCarty (@DaxMcCarty11) November 30, 2015 Monday's soccer news update has our MLS Cup finalists with Columbus and Portland advancing. In MLS expansion news, David Beckham's group is reportedly going to have to look elsewhere in Miami. Also in the . . .

Both of the top seeds fell in the MLS conference finals with the Red Bulls winning on the night in the East but losing on aggregate to Columbus. In the West, FC Dallas and Portland drew on the night with Portland taking the series with their first-leg win. At Red Bull Arena, New York shutout Columbus 1-0 but lost the series 2-1 on aggregate. Anatole Abang scored the game's only goal three minutes . . .