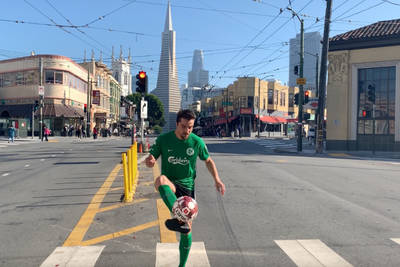 By Charles Boehm – WASHINGTON, DC (Apr 1, 2021) US Soccer Players - From its history and location to its name to the fact of its very existence, Treasure Island is a curiosity. Carved out of shallow water next to Yerba Buena Island in the mouth of San Francisco Bay to host the 1939 Golden Gate International Exposition, it's a monument to the ambitions of the New Deal. Over the decades, the . . . 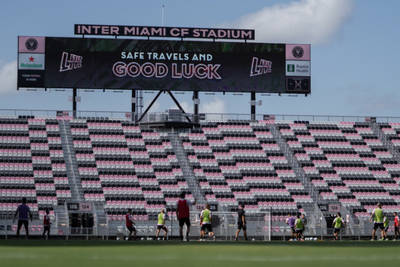 By Charles Boehm – WASHINGTON, DC (Jul 2, 2020) US Soccer Players - Over the decades, MLS has lent itself to a lot of comparisons. A startup company. A legacy software program. Don Quixote tilting at windmills. The proverbial 800-pound gorilla, and so on. As the league plunges ahead with its MLS is Back tournament amid a steady stream of positive COVID-19 tests among the players on-site in . . . 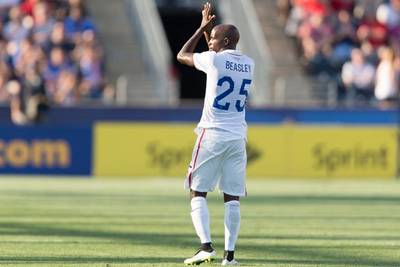 By Jason Davis – WASHINGTON, DC (May 20, 2020) US Soccer Players - Most soccer cultures take their older generations for granted. The deeper the history of the game in a given place, the greater the number of former players who influenced the sport in their post-playing lives. The matriculation of retired players into positions that impact the game in the places they come from is so natural as to . . .

By Charles Boehm – WASHINGTON, DC (May 8, 2020) US Soccer Players - This week the United Soccer League announced details of its USL Academy League, a new national youth competition more than a year in the making which will debut next spring. It's the next step in the league's slow build at the youth level. While its conception predates the closure of the US Soccer Development Academy, it's a . . .

By Charles Boehm – WASHINGTON, DC (Nov 7, 2019) US Soccer Players - The USL Championship postseason is down to its final four as the Conference Finals play out this weekend ahead of the league’s cup final on November 17. Back-to-back defending league champions Louisville City are in the mix, as are familiar names like 2017 regular-season winners Real Monarchs SLC and Indy Eleven. Then there's the . . .

By Jason Davis – WASHINGTON DC (Dec 5, 2018) US Soccer Players - On Thursday, FC Dallas will unveil the name, logo, and first signing of a new United Soccer League entry run by the Major League Soccer club. The lower division side will bring FC Dallas into line with a majority of MLS teams who operate a team at the USL level to serve as a stepping stone between their academies and the first . . .

By Charles Boehm – WASHINGTON, DC (Nov 16, 2018) US Soccer Players - Last week the USL marked the conclusion of its eighth season of existence. On the field, they got a hard-fought championship final between Louisville City and Phoenix Rising in front of a packed crowd at the University of Louisville's Mark & Cindy Lynn Soccer Stadium. The home team edged Didier Drogba & Co. 1-0 in a . . .

By Jason Davis – WASHINGTON DC (Aug 15, 2018) US Soccer Players - As deadlines go in American soccer, the one that comes Wednesday isn’t like to get much attention outside of a very small cadre of nerdy soccer wonks. It’s not a transfer deadline. It won’t deliver immediate clarification on a rule or roster. For all intents and purposes, it doesn’t even apply to roughly 50 professional soccer clubs . . .

By Jason Davis – WASHINGTON, DC (Oct 21, 2016) US Soccer Players - Needless to say, the Tampa Bay Rowdies and Ottawa Fury timing could be a bit better. Certainly if you’re running a professional soccer league with ambitions of reaching the top of the game in North America.  Tuesday’s announcement that both the Rowdies and Fury will be moving to the United Soccer League in 2017 is a . . .

By Tony Edwards - San Jose, CA (Mar 17, 2015) US Soccer Players - In front of a capacity home crowd, Seattle’s Sam Garza came on as a second-half substitute and scored in the 69th minute, putting the Sounders into a lead they wouldn’t relinquish and sending the crowd home happy. Ah, but sharp-eyed readers already know we’re not talking about the MLS Sounders, but rather Ezra Hendrickson’s . . .