By Tony Edwards - San Jose, CA (Mar 17, 2015) US Soccer Players - In front of a capacity home crowd, Seattle’s Sam Garza came on as a second-half substitute and scored in the 69th minute, putting the Sounders into a lead they wouldn’t relinquish and sending the crowd home happy. Ah, but sharp-eyed readers already know we’re not talking about the MLS Sounders, but rather Ezra Hendrickson’s . . .

The third division of North American professional soccer announced alignment changes for 2015 with new clubs joining the league. USL Pro now has seven teams owned and operated by MLS clubs. The 24-team league will have an Eastern and Western conference with 12 teams each Eastern Conference Western Conference . . . 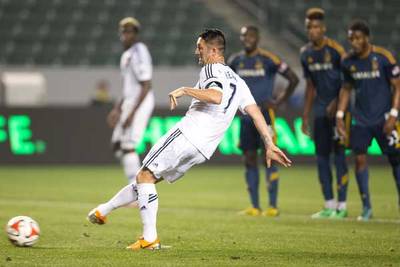 By Tony Edwards - San Jose, CA (Dec 2, 2014) US Soccer Players - During the 2014 State of the League roundtable, MLS commissioner Don Garber announced that MLS will no longer operate a reserve league. Instead, all of its teams will own or affiliate with a USL-Pro team. To understand what this means, let’s take a look at the history of another American sport. It may come as a surprise to all but . . .