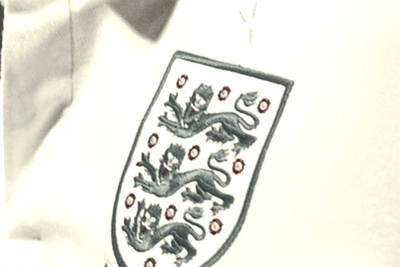 The soccer news starts with unabashed enthusiasm from England, benefiting from losing their last group stage game and getting past Colombia on the weaker side of the World Cup bracket. That last bit should resonate, with England seeing a clear path to the final. That comes courtesy of Russia knocking out the biggest threat in the lower half of the bracket with their win on penalties over Spain on . . .

By J Hutcherson (Jul 3, 2018) US Soccer Players - Just before Belgium decided to respond to Japan's two-goal lead in their round of 16 game, it looked like yet another World Cup upset in the making. Russia leads that list after knocking out mighty Spain. That unleashed a barrage of criticism the likes of which we hadn't seen since Germany crashed out of the group stage less than a week . . . 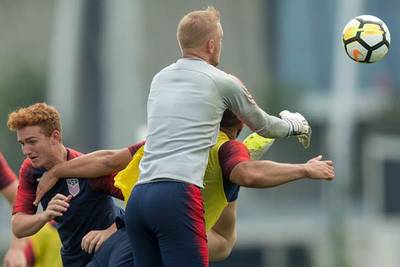 By Charles Boehm – WASHINGTON, DC (Jun 29, 2018) US Soccer Players - Even a week later, it’s still vivid, one of the most stunning moments of a World Cup with plenty of them. Argentina was already wobbling against Croatia in their Group D clash, still level at 0-0. That's when Willy Caballero received a back pass from teammate Gabriel Mercado in the second-half. Under pressure from Ante Rebic, . . .

The soccer news starts with yesterday's Group G finale at the 2018 World Cup. Belgium and England played out a game that strategically benefitted the loser more than the winner. Belgium scored, taking the game and the group and now on the tough side of the World Cup bracket. Should they advance past Japan, they face the winner of Brazil vs Mexico. For England, being on the wrong side of a 1-0 . . .

By Luis Bueno – RIVERSIDE, CA (Jun 27, 2018) US Soccer Players - Perhaps Mexico does not do well as a favorite. Or maybe Mexico players were simply too overconfident. Whatever the case, Mexico came narrowly close to an embarrassing World Cup exit on Wednesday as only a greater embarrassment kept El Tri’s pulse beating. Still, the damage is done. Mexico’s World Cup venture has gone a full 180 . . .

The soccer news starts with another round of angst over instant replay at the 2018 World Cup. Should Portugal's Cristiano Ronaldo have seen red against Iran? Would the final day of the group stage played out differently if it wasn't for the referees opting to reconsider their decisions? These questions and more in soccer's latest soap opera. BBC Sport looks at those latest examples calling . . . 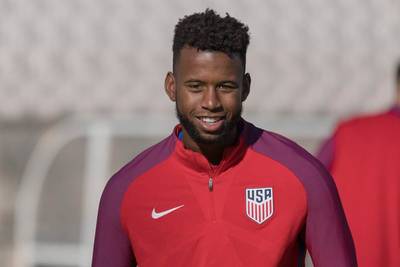 By Clemente Lisi – NEW YORK, NY (Jun 25, 2018) US Soccer Players – Kellyn Acosta is a fighter. The FC Dallas and USMNT player doesn’t let anything stop him from playing at the highest level. After recently undergoing surgery to repair a sports hernia, Acosta was back in the Dallas lineup in May. As usual, he was there to link the defense to the offense, a player who has been the team’s midfield . . .

By Charles Boehm – WASHINGTON, DC (Jun 22, 2018) US Soccer Players - With over a week of action now in the books, the 2018 World Cup is approaching its halfway point in terms of matches played. It’s not a bad time to take stock of the way broadcasters show the event on television in the United States. Most viewers’ reactions to coverage of a big occasion like this tend to revolve around the . . . 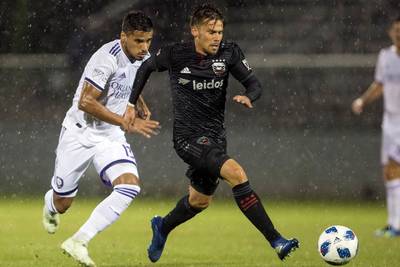 The round of 16 in the 2018 US Open Cup concluded with seven MLS teams advancing to the quarterfinals. Louisville FC is the last lower division club still alive in the knockout competition, winning the all-USL match-up against Nashville FC 2-1 at home. Paco Craig put Louisville City up in the 24th minute with Paolo DelPiccolo doubling the lead in the 58th. Nashville's Matthew LaGrassa pulled a . . .

By Luis Bueno – RIVERSIDE, CA (Jun 20, 2018) US Soccer Players - Through the first slate of opening-round games of the 2018 World Cup, perhaps the most surprising result has been Mexico’s shocking 1-0 win over Germany. One of the favorites coming into the tournament, Germany lost to a tenacious and energetic Mexican side. The underdogs deserved the result. Winning the opening game of the World . . .