The Players Association was founded in 1996 by the members of the US National Team to represent them in collective bargaining with the United States Soccer Federation.  Until that time, individual players negotiated their own appearance fees and contracts with the Federation, and payment varied widely. 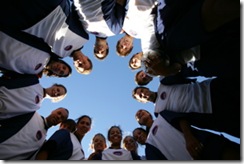 The Players Association believes that the best way to grow the game in this country is to build meaningful links from the grassroots to the highest level of American professional soccer, the US National Team program.

The primary purpose of the organization and this website is to promote soccer in the United States and to help everyone interested or involved in the sport in the U.S. 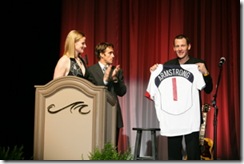 While our organization represents all US Men’s National Soccer Team members in their negotiations with the United States Soccer Federation, everything we are doing is targeted at improving the quality of soccer played in the United States by encouraging more people to play, watch and involve themselves with soccer at all levels, from the very beginning youth programs, to the international competitions of the United States Men’s National Team and the World Cup.

We want to do what we can to help all of these enthusiasts learn about soccer, coaching, and all levels of the sport – from high school to college to the professional and international level where the best players from around the world come together to represent their countries and compete in the World Cup.

We want to continue to support soccer to help the United States to reap the benefits the game can provide throughout our country.

In 2001, the US National Soccer Team players designated the Leukemia & Lymphoma Society (“LLS”) as their official national charity and since that time the players have contributed time, money, and resources to help the Leukemia & Lymphoma Society and its local chapters achieve their mission.  Through support of the Pennies for Patients and Pasta for Pennies in school programs and various national events, the US National Soccer Team players have made a tremendous contribution to the overall operations of the LLS.

As just one example, in early 2006, on the eve of the 2006 World Cup, US National Team player Landon Donovan filmed a public service announcement (“PSA”) for the LLS in which he identifies helping kids beat cancer as a more important goal than winning the World Cup.  As a result of the interest in soccer, in Landon Donovan, and the LLS’s mission, Landon’s PSA was given over $19 million of free air time that benefited the LLS in the twelve months after the PSA was filmed.

In partnership with the National Soccer Hall of Fame, the USNSTPA established the Time In Program in 2003 to honor those honor those fighting leukemia and other blood cancers, diseases that claim the lives of more children than any other. While active, the program inducted 13 honorees into the Time In section of the Hall of Fame’s Walk of Fame.

Members of the Players Association regularly contribute their time to conduct soccer clinics and appearances around the United States, supporting the game in local communities as well as nationally through the Soccer Kicks for Cancer program, which is conducted in cooperation with the United States Youth Soccer Association and the Leukemia & Lymphoma Society. 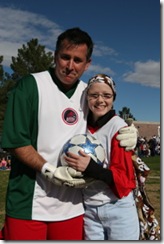 In December 2005, the Players Association helped stage the Ultimate Breakaway Weekend in support of The Leukemia & Lymphoma Society.  Joining the Players at the Mandalay Bay Resort and Casino in Las Vegas were United States  Women’s National Soccer Team players, a number of other Olympic swimmers and gymnasts, and several other special guests including Lance Armstrong, Sheryl Crow, and Anthony LaPaglia who appeared with the men and women’s players as part of an exhibition for area youth soccer players at the University of Nevada Las Vegas.  Along with a celebrity golf tournament and an auction, the event functioned as a fundraiser for the local chapter of the Leukemia & Lymphoma Society and a chance for cancer 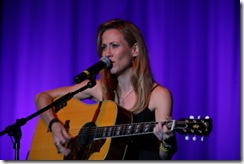 survivors and their families to meet the members of the men’s and women’s US National Soccer Teams. The players also took time to speak with the children at the Andre Agassi College Preparatory Academy and to visit cancer patients at the Children’s Hospital in Las Vegas.  The Ultimate Breakaway Weekend culminated with a gala featuring an outstanding performance by Sheryl Crow.