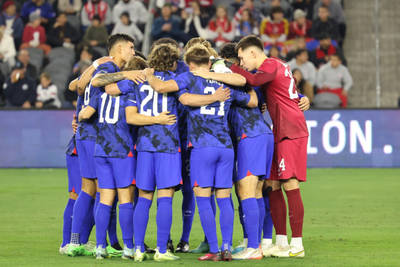 The USMNT lost 2-1 to Serbia in an international friendly at BMO Stadium on January 25. Brandon Vazquez scored for the USMNT in the 29th with Luka Ilic equalizing for Serbia in the 43rd and Veljko Simic scoring in the 46th. The USMNT closes out the January friendlies on Saturday against Colombia at Dignity Health Sports Park (7:30pm ET - TNT). . @Brvndonv becomes the 59th #USMNT player to score . . . 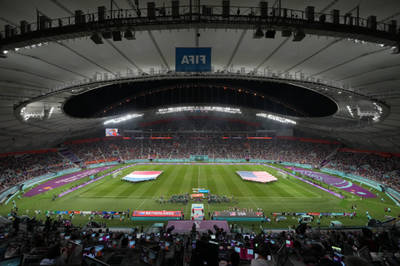 The United States lost 3-1 to the Netherlands in the World Cup round of 16 on Saturday at Khalifa International Stadium. Memphis Depay put the Dutch up in the 10th minute with Daley Blind doubling the lead in first-half stoppage time. Haji Wright pulled a goal back for the USMNT in the 76th minute, but Denzel Dumfries scored the third Netherlands goal in the 81st. THERE IT IS! THE @USMNT TAKES . . . 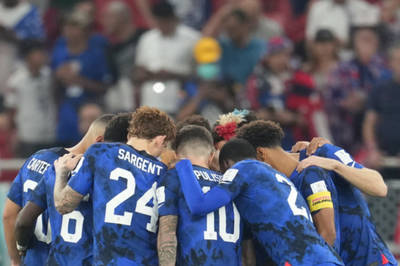 The United States advanced in 2nd-place in World Cup group B, beating Iran 1-0 at Al Thumama Stadium on Tuesday. Christian Pulisic scored for the USMNT in the 38th minute, injured on the play and eventually subbing out at halftime. The USMNT had a chance to double the lead in first-half stoppage time, but instead Tim Weah's shot was called for offside. The USMNT plays the Netherlands on Saturday, . . . 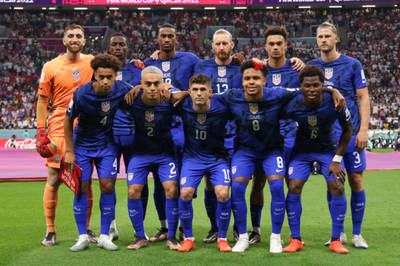 The USMNT drew 0-0 with England in the second game of group B at Al Bayt Stadium, setting up a must-win scenario to advance in Tuesday's game three with Iran. The USMNT is in 3rd-place with two points from group play. The USMNT put 10 shots on goal to England's eight, but England finished with three on frame to one for the United States. "I think both teams worked hard," USMNT coach Gregg . . . 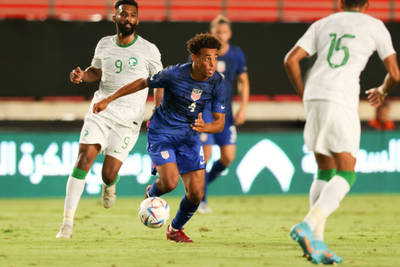 Saudi Arabia and the USMNT drew 0-0 in an international friendly in Murcia, Spain to close out the September window. USMNT coach Gregg Berhalter made several changes to the starting lineup, including the return of Christian Pulisic. Both teams finished with two shots on goal with Saudi Arabia leading 10 to 7 on shots taken. "I still think we're not as confident as I'd like," USMNT coach Gregg . . . 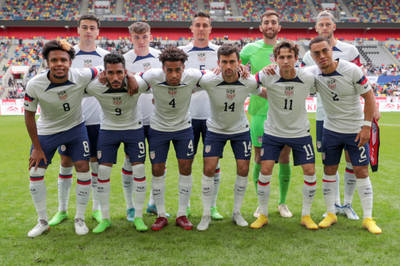 The USMNT lost 2-0 to Japan in an international friendly at Dusseldorf's Merkur Spiel-Arena to open their September friendly schedule. With the USMNT missing Christian Pulisic due to an injury precaution, coach Gregg Berhalter once again made adjustments. Japan's Daichi Kamada had a goal called offside in the 24th minute, reversed by the video assistant referee to give Japan the 1-0 lead. Kaoru . . . 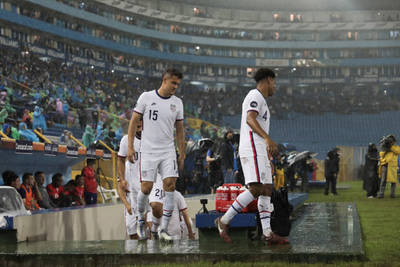 With the rain and muddy conditions at Estadio Cuscatlan dictating the pace and the approach, the USMNT finished off its June, 2022 schedule with a 1-1 draw at El Salvador in Nations League A group D. Alexander Larin put El Salvador up in the 37th minute with Jordan Morris equalizing for the USA a minute into stoppage time. Paul Arriola subbed on in the 61st and saw red in the 70th. El Salvador's . . . 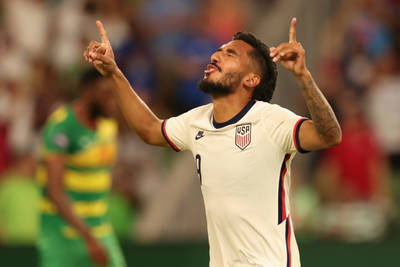 Led by a four-goal performance from Jesus Ferreira, the USMNT shutout Grenada 5-0 at Q2 Stadium in Austin, Texas to open their 2022-23 Concacaf Nations League A group D schedule. With the United States threatening but not finishing chances through most of the first-half, Ferreira opened the scoring in the 43rd. It was Ferreira again in the 54th, scoring his and the USA's third goal in the 56th . . . 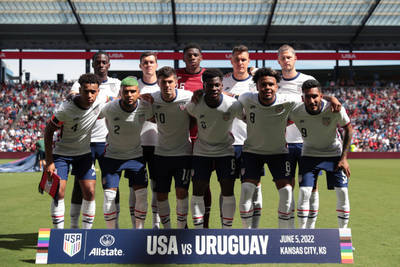 The United States played out a scoreless draw with Uruguay in Kansas City on Sunday in a game available on national television on FOX. USMNT coach Gregg Berhalter started Sean Johnson in goal, with the US defense coming up big shutting down Uruguay in the box. For a game with no goals, both teams pressed and created opportunities that on other days would likely have opened the scoring. The United . . . 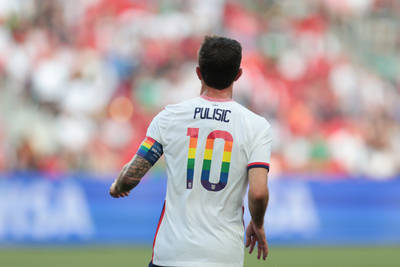 The USMNT had no issues with Morocco on Wednesday night in Cincinnati, opening their June schedule with a 3-0 friendly win. Christian Pulisic received a long pass on the run into the Morocco box, finding Brenden Aaronson to open the scoring. Tim Weah doubled the lead with a strong shot in the 26th. Pulisic won a penalty converted by second-half substitute Haji Wright in the 63rd minute. Morocco . . .