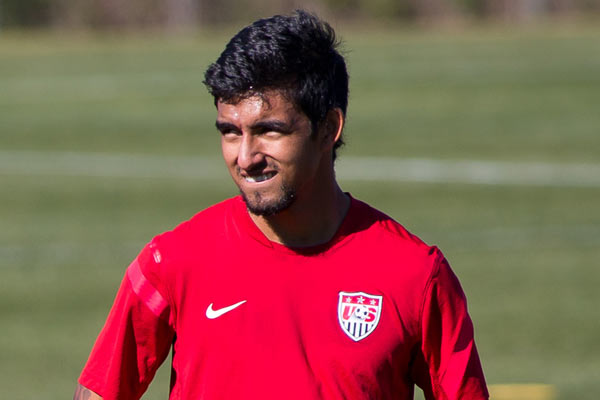 A.J. DeLaGarza is a two-time MLS Cup winner with the LA Galaxy. He made his first appearance with the USMNT in 2012. With playing time at issue and not cap-tied to the USMNT, DeLaGarza accepted a call-up for Guam’s National Team in 2013 and made two appearances. He eventually cap-tied himself to Guam.

On the club side, DeLaGarza was picked 19th overall by LA in the 2009 SuperDraft, DeLaGarza now has three MLS Cups and two Supporters’ Shields to go with his two NCAA National Championships. In January, 2017 he moved to the Houston Dynamo.

2012: Debuted for the USMNT against Venezuela on Jan 21 and won his second cap against Panama.

High School and College: Won the 2005 and 2008 College Cups with the University of Maryland. Grew up in Calvert County, MD where he played for a Baltimore-area youth club, DC United’s youth club, and Henry E. Lackey High School.