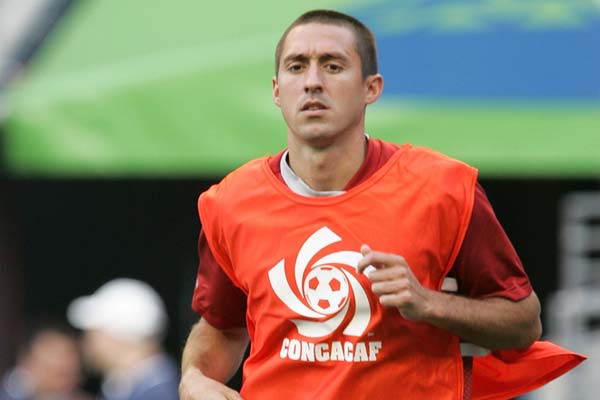 Davy Arnaud established himself as a competent forward in Major League Soccer, playing off of Eddie Johnson with the Kansas City Wizards where he won a starting job in 2003. After playing in 240 games for the Wizards, Arnaud became a key part of the expansion Montreal Impact. He later joined DC United, announcing his retirement prior to the 2016 season to become an assistant with United. At USMNT level, Arnaud won seven caps in two years from 2007-09.

2009: Part of the Gold Cup squad. Scored his first goal on July 11th against Honduras.
2007: Won his first cap against Brazil on Sept 9th in Chicago.

2015: In his final MLS season, finished 4th in the East and made it to the semifinals of the playoffs.
2014: A regular with DC United, winning the Eastern Conference.
2013: 24 games played with 21 games started for the Impact. Traded to DC United in December.
2012: 33 games played with 31 games started for Montreal.
2011: Played in 22 games for Kansas City. Traded to Montreal on November 28th.
2010: Named team captain. Played and started in 27 games, scoring six goals.
2009: Appeared in 25 games, all of them starts.
2008: Continued his run with Kansas City, this time back with old strike partner Josh Wolff.
2007: Regular starter alongside Ed Johnson with Kansas City. Made 28 regular season starts, scoring four goals and registering nine assists.
2006: Played the most minutes of any Wizard.  Played 32 games (30 starts), scoring four goals and registering four assists.
2005: Partnered Josh Wolff and appeared in all but one game. Five goals and four assists in 31 games (28 starts).
2004: Played every game and led the Wizards to the MLS Cup final. 34 starts, 11 goals, and nine assists overall.
2003: Won a starting job that he’s yet to give up, scoring on his first start against the Metrostars. Three goals in 21 games overall (seven starts).
2002: 5th round SuperDraft pick assigned to the Wizards’ developmental roster. Made three appearances as a sub.

College and High School:  All American at West Texas A&M.