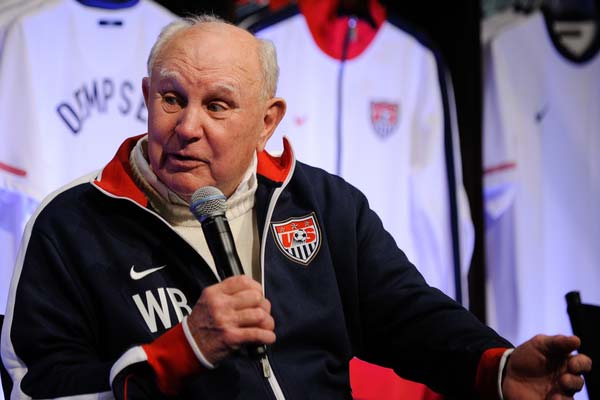 One of the touchstones in the post-War history of United States soccer, Walter Bahr played at the highest levels of the American game and coached collegiate soccer for many years at Temple and Penn State. Professionally, Bahr was part of multiple American Soccer League winning sides.  A member of the 1950 World Cup squad and credited with the assist that beat England, he was elected to the National Soccer Hall of Fame in 1976. Bahr died on June 18, 2018.

“Many people, including some historians and those in our own Federation, have said what we did was a fluke. It was no fluke. The English were a very good team. The odds were 500-1 that we would win. We played our hearts out that day. We were better than them that day.” on what happened in that 1-0 World Cup win over England in 1950, from 10 Questions With Walter Bahr