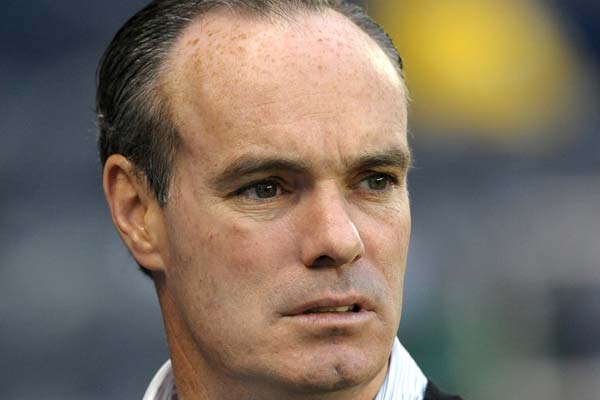 A dependable player, Mike Burns appeared at every level of the USMNT programs. He has competed in the World Cup, the Olympics, the World Youth Championship, and the Under-16 World Championship.

Burns is an original member of Major League Soccer, having played five seasons with the New England Revolution before moving to San Jose in a 2000 trade and joining Kansas City prior to the 2001 season. In April of 2005, he returned to the Revolution as their Director of Soccer. In November of 2011, Burns was promoted to general manager of the Revolution. He left the club in May, 2019.

Professional Experience
2002: Started 21 of 24 games for the Wizards leading them to the playoffs.
2001: Acquired by the Kansas City Wizards from the San Jose Earthquakes for draft picks on March 14, 2001. He played 19 matches for the Wizards and made 14 starts.
2000: Played eight matches with the New England Revolution before being traded to San Jose, where he started 18 matches during the 2000 season.
1999: Started all 28 of New England’s matches, contributing a goal and four assists. Had trials with Utrecht of Holland, Bolton of England and Hearts of Scotland in the 1999 off-season.
1998: Named to the MLS All-Star team. He started all 23 of the Revolution’s matches, registering a goal and eight assists, ranking him second on the club in assists.
1997: Was the only member of the Revs to play every minute of all 32 league games.
1996: Became a founding member of the New England Revolution. He played 17 matches and started 14 in the league’s inaugural season.

College: Burns was a two-time All-American at Hartwick College.