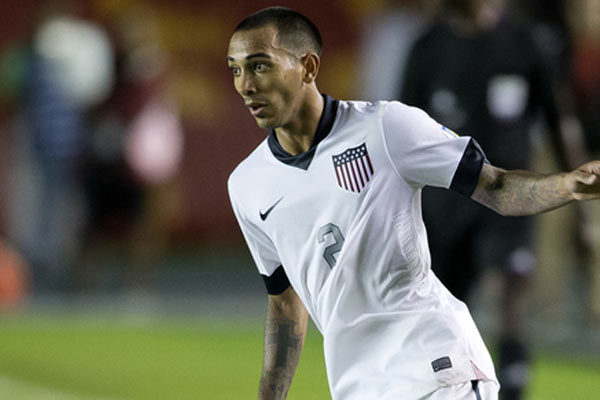 Edgar Castillo grew up in New Mexico and first gained notice in 2005 when he played for his local club at the Dallas Cup. He began his pro career in Mexico, where his parents were born, with Santos Laguna. After winning the Mexican league title in 2008, Castillo moved to Club America in January 2009. During the offseason, Castillo was loaned out to Tigres. He was eventually loaned to San Luis in 2010 and then Puebla a year later. Castillo announced that he would join Atlas for the 2014 Apertura season. Castillo joined Monterrey in 2015, moving to MLS with Colorado for the 2018 season. The New England Revolution traded for Castillo on Dec 18, 2018. He joined Atlanta United in 2020 and left the club following the 2021 season.

2020: Joined Atlanta United.
2019: Finished 7th with the Revs exiting in the opening round of the playoffs.
2018: Joined the Colorado Rapids for the 2018 MLS season finishing in 11th-place. Traded to New England in December.
2017-18: Finished 1st in the Apertura, losing the final. 3rd in the Clausura losing in the quarterfinals.
2016-17: Finished 9th in the Apertura with Monterrey. Finished 2nd in the Clausura, losing in the quarterfinals.
2016: Stayed with Monterrey for the Clausura, making the final.
2015: Missed the Clausura playoffs with Tijuana and went on loan to Monterrey for the 2015 Apertura.
2014: Made the Clausura playoffs with Tijuana. Switched to Atlas for the Apertura season.
2013: Moved permanently to Tijuana where he was part of the squad that made it to the Copa Libertadores quarterfinals.
2012: Loaned to Tijuana for the Apertura where he became a regular with the club winning the title.
2011: Loaned out to Mexican club Puebla for the Clausura season, returning to Club America for the Apertura.  On the books of Club America from 2009-2011, Castillo played 20 times for America, including five in the 2011 Apertura.  Signed with Tijuana for the 2012 Clausura.
2010: Placed on loan to Mexican club San Luis.
2009: Transferred to Club America in January, 2009, then loaned to Tigres during the offseason. Scored his first goal for Tigres against Santos Laguna in August, 2009.
2008: Won the Mexican Clausura title with Santos Laguna.
2007: Made debut for Mexico in a friendly against Colombia in August, 2007.
2006: Began his professional career with Santos Laguna.