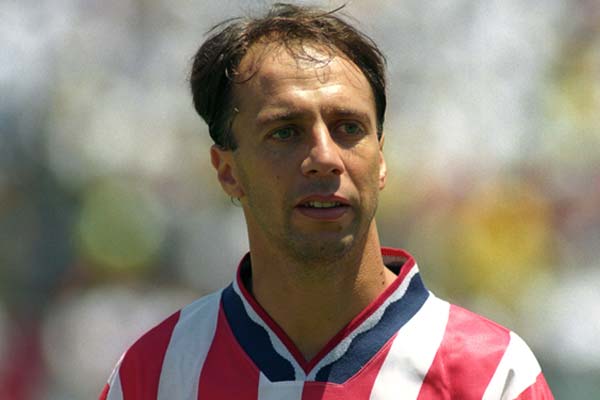 Whether indoors or out, Fernando Clavijo was a special player. After starting his professional career at the age of 16 in Uruguay, Clavijo and his wife, Martha, moved to the United States in 1979. Clavijo quickly moved up the ranks in the old Major Indoor Soccer League, becoming a vital member of that league and eventually winning player of the decade for the 1980s, an era when indoor soccer was dominant in the U.S. He also played in the North American Soccer League, named to the All-Star team in 1984 – the league’s final season – as a member of the San Jose Earthquakes.

On the USMNT side, Clavijo established himself in the early 90s and was part of the 1994 World Cup squad.

Clavijo began his coaching career indoors, serving as player/coach of the St Louis Storm in the early 90s before the MISL ceased operations. We became a head coach in MLS in 2000 with New England and also coached Haiti’s National Team and the Colorado Rapids. He resigned as the technical director at FC Dallas in September, 2018 due to his cancer diagnosis. All of American soccer mourned the loss of Fernando Clavijo on February 9, 2019.

1980’s: Member of the St. Louis Storm, the San Diego Sockers, and the Los Angeles Lazers, Clavijo was one of the top players in the history of the Major Indoor Soccer League (MISL). He was named to the All-Star team 12 times, while also being tabbed the MISL Defender of the Year on three occasions. In 1990, MISL named him its player of the decade for the 1980’s.