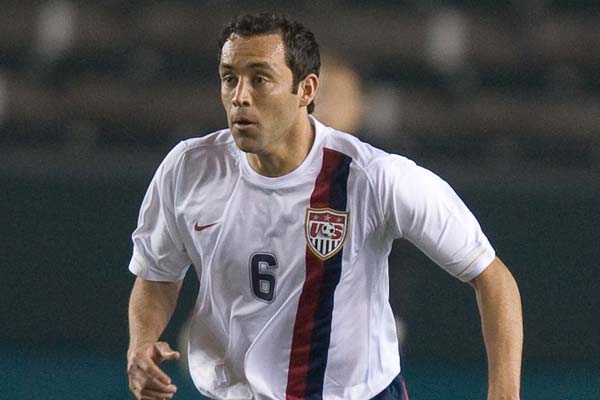 Ramiro Corrales was the last of the MLS originals when he retired in 2013, but he didn’t stay in the league for his entire career. Corrales entered Major League Soccer in its inaugural year as an 18-year-old, eschewing college soccer for a pro career and quickly making the USMNT. Picked up by Columbus, he was traded straight on to San Jose, then spent spells at New York and (briefly) Miami before ending up back at San Jose, where he won two MLS Cup rings in 2001 and 2003.

In 2005 he decided to try his luck in Europe and spent spells at Ham-Kam and SK Brann, where he picked up a championship medal in 2007. Corrales returned to San Jose in 2008, finishing out his career with the Earthquakes in 2013.

2008: Called into January camp, then played the full 90 in 2-0 exhibition win over Sweden. Next cap came against Mexico the following month in Houston exhibition game.
2004: Won fourth cap, starting in the 1-1 WCQ tie against Jamaica in Columbus, Ohio.
2000: Played twice for the U-23s in the Sydney Olympics as US reached the semi-finals.
1997: Won second and third full caps (one start), both against China on tour in January/February.
1996: Made debut as a substitute in 4-1 loss to Peru.

2013: Finished his pro career with 12 games for San Jose.
2012: Started 19 of 22 games played with the Quakes.
2011: Played in 29 games, a personal best in a single season as a member of the Earthquakes.
2010: Played in 20 games and scored once for San Jose.
2009: Played in 24 games for San Jose.
2008 – Returned to MLS as member of the revived San Jose Earthquakes.
2007: Won Norwegian league title with SK Brann.
2005-06: Made almost 50 appearances for Norwegian first division side Ham-Kam.
2004: Finals season with Quakes. Played 31 games (30 starts) overall, notching three goals and an assist.
2003: Won MLS Cup for second time with San Jose, although was an unused sub in the final against the Fire. Played 26 games (25 starts) overall, scoring one goal and registering two assists.
2002: Played 30 games overall (28 starts) for San Jose in stellar season, scoring three goals and registering nine assists.
2001: Played 14 games (11 starts) in the regular season, but played six games (one start) in the playoffs, registering his only playoff career point with an assist. Started and played through MLS Cup championship win over LA.
2000: Played 22 games (15 starts) in second season with NY.
1999: Made 31 regular season starts with NY.
1998: A thin season, in which he played four games (three starts) with NY, and made one start with Miami, who picked him up in the expansion draft and traded him to NY.
1997: Played 14 games (11 starts) with San Jose.
1996: Played 12 games (six starts) overall in rookie season, scoring both his first career goal and assist.