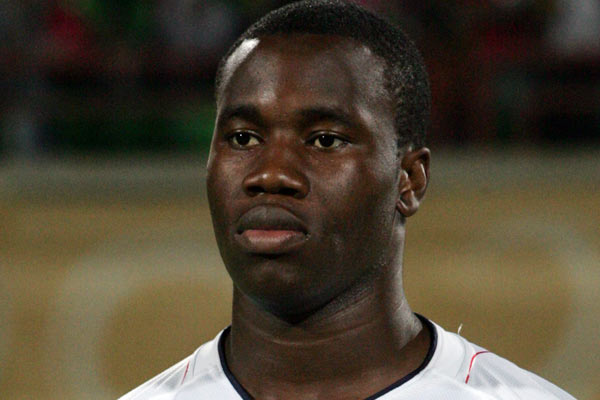 Gale Agbossoumonde garnered a lot of attention as a youth player in the New York area, eventually joining the USMNT U-17 squad and attending the IMG Soccer Academy in Bradenton. Agbossoumonde signed with Traffic Sports and their club Miami FC for the 2009 USL season. He joined Braga in Portugal the following year on loan, winning his first cap with the senior USMNT squad. Agbossoumonde moved to Estoril in Portugal for the 2011-12 season, ending up on loan to the Carolina Railhawks. From there, he signed with MLS and joined Toronto FC in 2013. Gale moved to the NASL with Tampa Bay in 2015, joining Fort Lauderdale the following season.

2010: Debuted with the USMNT on his birthday, Nov 17 against South Africa. Named US Soccer Young Athlete of the Year. Part of the Milk Cup winning squad with the U-20 USMNT.

2016: Joined Fort Lauderdale.
2015: Signed with the Tampa Bay Rowdies in the NASL.
2014: On the Colorado Rapids roster but made no appearances.
2013: Signed with MLS and Toronto FC, appearing in 13 games.
2012: Played in 17 games with the Carolina Railhawks.
2011-12: Signed with Estoril in Portugal, going on loan to Djurgardens for 8 games and Eintracht Frankfurt for 1. 2009-10: Joined Miami FC after signing with Traffic Sports and played in 6 games. Loaned to Braga in Portugal.

Denmark coach Kasper Hjulmand joins his players in questioning why the Denmark vs Finland game resumed following the collapse of Christian Erikson.