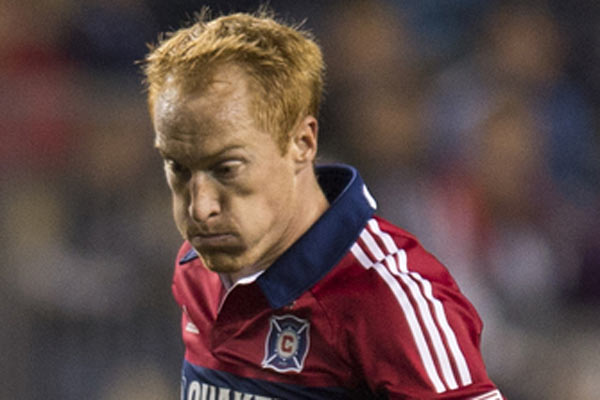 Jeff Larentowicz already had six seasons of MLS experience before getting his first cap with the USMNT. Drafted by the New England Revolution in the 2005 Supplemental Draft, he broke through with the Revs the following season. Larentowicz was at the right place at the right time with New England, winning three consecutive Eastern Conference titles and the 2007 U.S. Open Cup. His good timing at club level continued with a move to Colorado for the 2010 MLS season, winning the MLS Cup. Larentowicz made his USMNT debut against Chile in Jan 2010. He joined the Chicago Fire prior to the 2013 season. Moved to the Galaxy in 2016, joining Atlanta the following season

2019: Finished 2nd in the East, losing in the conference final. Playe din 27 games.
2018: Won MLS Cup with Atlanta, playing in all 34 regular season games and scoring a goal.
2017: Moved to Atlanta and made the playoffs in that team’s first season in MLS.
2016: A member of the Galaxy playing in 23 games and scoring a goal.
2015: Final season in Chicago finishing in 10th-place.
2014: A regular with the Fire finishing 9th in the East.
2013: Traded to Chicago where he played in all 32 games starting 31.
2012: Another season starting every game for Colorado.
2011: Started every regular season game for the Rapids.
2010: Traded to Colorado before the start of the season. Played in 30 games, starting 29 and winning the MLS Cup.
2009: For the third season in a row, started 28 games.
2008: Second consecutive season starting 28 games.
2007: Another Eastern Conference championship with New England, appearing in 28 games all starts.
2006: Made 26 appearances, 19 starts with the Eastern Conference champion New England Revolution.
2005: Picked by New England in the Supplemental Draft. Played in 1 game his rookie season.