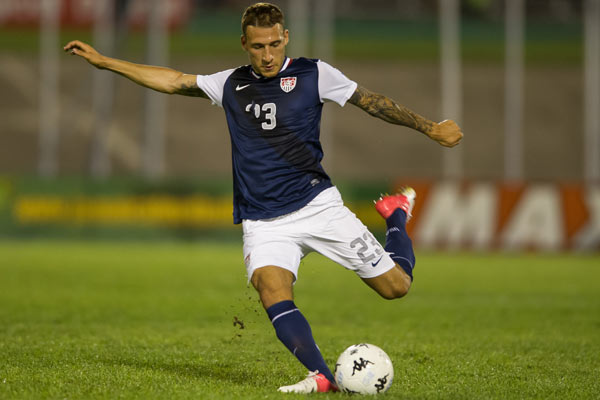 Fabian Johnson is one of the discoveries of the Jurgen Klinsmann era in charge of the USMNT. Eligible to play for the United States as well as his native Germany, Johnson accepted a callup in 2011 and went through the process of changing his national registration to the USA.  On the club side, Johnson has proven himself a crucual part of Hoffenheim’s lineup in Germany’s Bundesliga. Starting his career with 1860 Munich, Johnson has also played for Wolfsburg. He played at Under-19, U-20, and U-21 levels for Germany, and was part of their UEFA U-19 championship in 2009. Joined Gladbach for the 2014-15 season, leaving the club at the end of 2019-20.