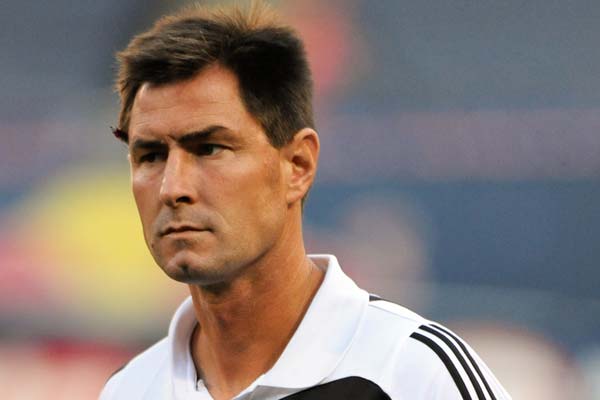 Playing in 44 games for the USMNT, Mike Lapper scored one goal and was a member of the 1994 World Cup team.  After retiring as a player with the Columbus Crew, he joined the club’s front office as the Director of Soccer Business Development, which focuses on the growth of the Crew’s camps, clinics and soccer academies. He later served as an assistant coach before leaving to join the coaching staff at West Virginia University.

Before joining the Crew in 1997, Lapper played professionally for Southend in the English first division (1995-97) and with VfL Wolfsburg of the German second division (1994-95).  Lapper played collegiate soccer at UCLA where he helped the Bruins win the national championship in 1990.